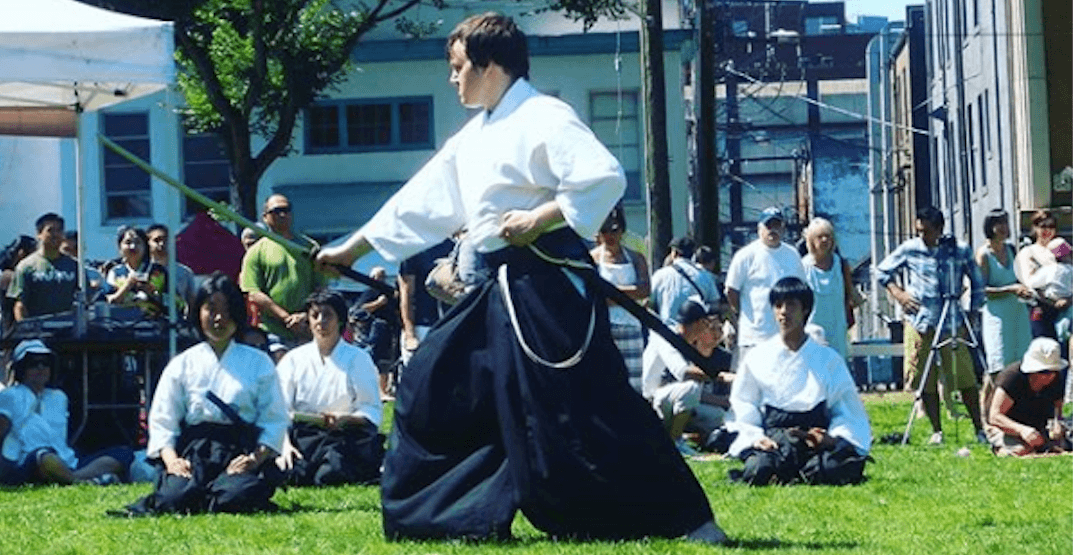 The 43rd annual Powell Street Festival –a celebration of Japanese Canadian arts and culture – will return to the city’s Downtown Eastside this year, but there will be a change in the venue.

In the past, the neighbourhood’s Oppenheimer Park has been the site of the two-day, August event.

However, this year, the festival is being moved to the nearby streets around the park, so as not to “displace” the number of people have erected tents and are currently living in the park.

“As a community that has experienced forced displacement, we refuse to continue this pattern of dispossession of vulnerable people in this area,” said Powell Street Festival
Society president Edward Takayanagi.

Takayanag said that “in respect” for the current residents and the occupants of the park, this year’s festival has been designed and programmed “to ensure the people in the park are not displaced while providing a rich cultural experience for festival-goers.”

This year’s festival takes place on August 3 and 4.

Last month, the City of Vancouver’s annual homeless count found that homelessness is at its highest level in Vancouver since the city started the annual Homeless Count back in 2002.

As well, 27% reported being homeless for less than six months showing and 81% of survey respondents were already living in Vancouver when they became homeless.

The survey also found that 39% of those surveyed identified as Indigenous, and “Indigenous people continue to be vastly overrepresented in the homelessness count in Vancouver compared to the overall population,” the city said.

“While this year’s Homeless Count results show that the bold actions being taken by the city and its partners might be beginning to turn the tide on the growth of homelessness in Vancouver, there are still more than 2,000 people without a home in our city,” said Vancouver Mayor Kennedy Stewart. “This is unacceptable.”