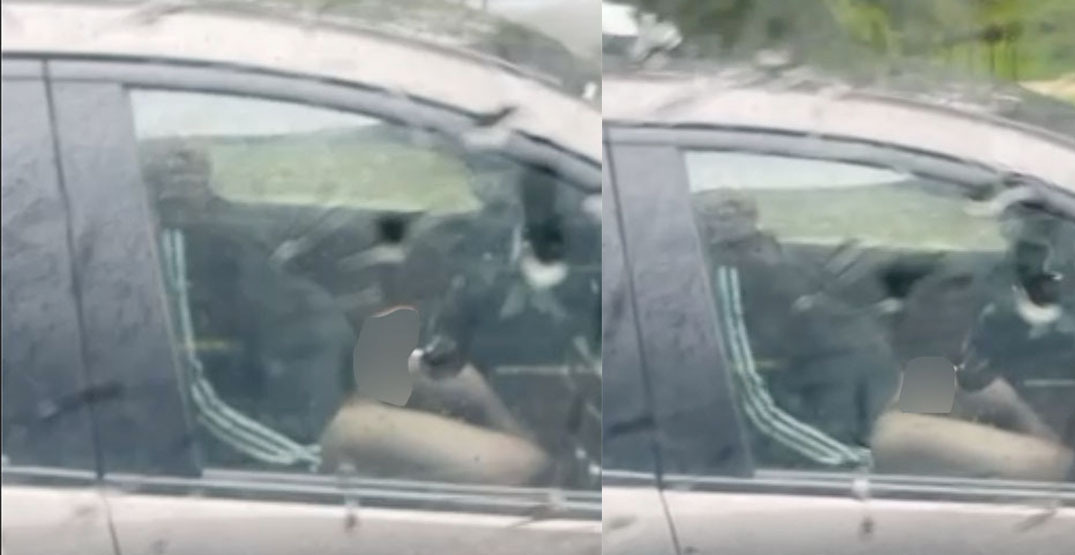 A 15-year-old was on the bus this week when a man allegedly pulled up in a car beside her and performed an indecent act while staring directly at her.

Luckily, the teen got the guy on camera and now Burnaby RCMP is looking for more details, hoping to apprehend the suspect.

“This is concerning behaviour,” said Cpl. Alexa Hodgins with Burnaby RCMP. “Police want the public to be aware of this incident and to report any similar activity.”

RCMP shared images of the suspect in case the public can help identify him. 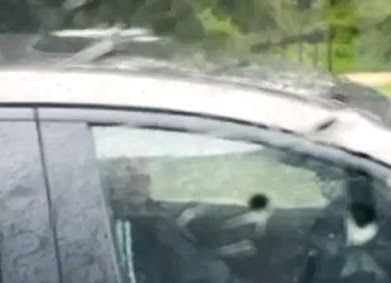 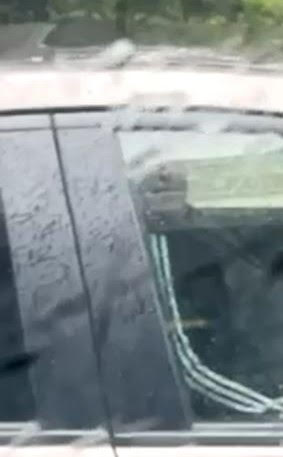 Daily Hive was sent the video by a concerned parent. “This guy stopped beside the bus my 15-year-old daughter was on,” the parent wrote. In the video, the suspect does not appear to be wearing pants as he performs an indecent act while staring.

Although the girl didn’t get the licence plate number on the grey vehicle, the incident happened around Gaglardi and Lougheed, so RCMP is looking for anyone who has dashcam footage or knowledge of the person to come forward.

According to police, the suspect is described as a caucasian male around 50 years old with a medium to heavy build. He was wearing a black jacket with white stripes and no pants.

“The Burnaby RCMP is looking to speak with anyone else, including drivers or other bus passengers, who may have also witnessed this indecent act or seen the suspect or his vehicle,” said RCMP.

There have been no other reports of similar behaviour, but Burnaby RCMP is checking with other jurisdictions around the Lower Mainland to see if there are similar reports.