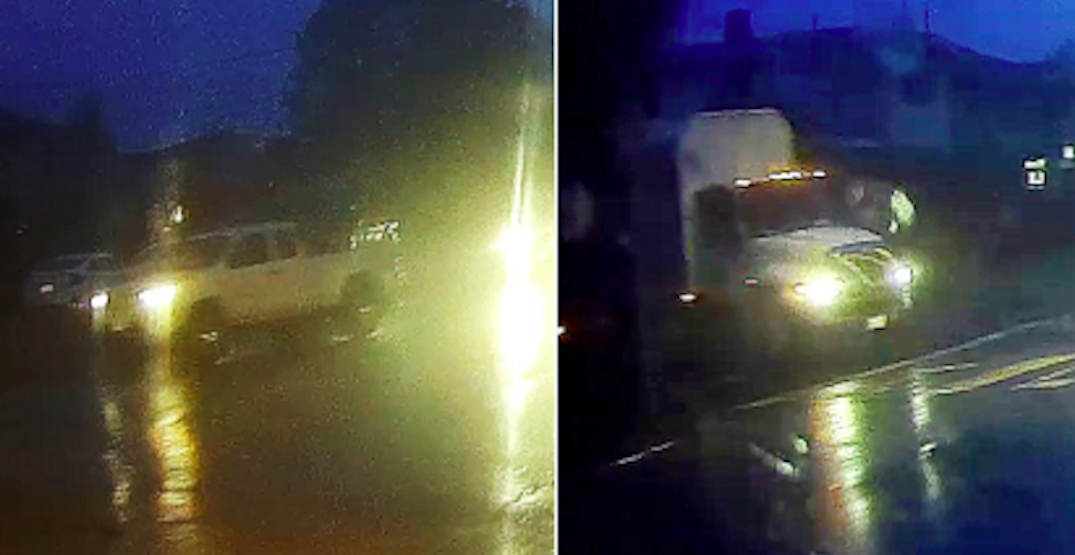 Police said both of these vehicles are vehicles of interest in the case. (Burnaby RCMP)

A man is dead after being hit by a car in a marked crosswalk in Burnaby yesterday.

According to Burnaby RCMP, the incident took place just before 8 am, when the man was struck as he was walking through a marked crosswalk on Marine Drive at Greenall Avenue.

The 64-year victim was treated at the scene and taken to hospital in critical condition and has since died in hospital.

Police said the driver of the vehicle remained on scene and has cooperated with police.

However, the cause of the collision is still under investigation and now, Burnaby RCMP is seeking assistance from anyone who may have witnessed the collision.

In particular, police wish to speak to the occupants of a white compact pickup truck and a large white commercial delivery-type truck who were observed at the scene of the collision.

“Police believe that the drivers and occupants of these vehicles may have witnessed the collision and could provide investigators with valuable information,” said Burnaby RCMP in a release.

They are also asking anyone who witnessed the collision – or may have any dashcam video of the incident –  to contact police at 604-646-9999.

In the wake of this incident, police are also reminding the public that with shorter daylight hours and bad weather making visibility poor, “it is critical that pedestrians and drivers alike be vigilant about safety when on the roadways and especially at crosswalks.”