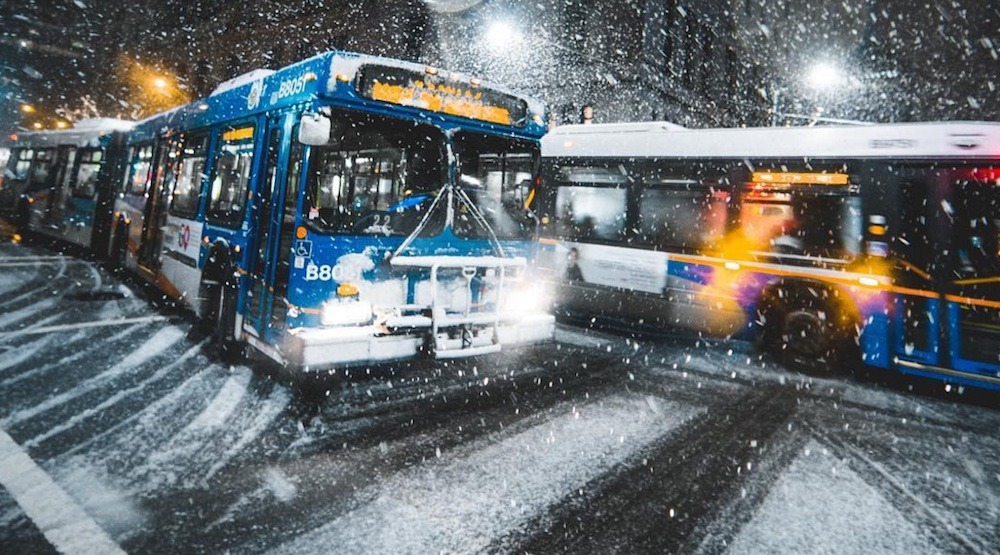 From “Tire Socks” to de-icing spray, TransLink says when it comes to this winter, it’s “preparing for the worst” in an attempt to minimize service disruptions during severe weather.

That’s the message from transit officials as the days become shorter, the weather gets colder and winter gets closer.

“Heavy snows can have a huge impact on our region,” said TransLink CEO Kevin Desmond. “Our focus is to limit delays and disruptions, and safely get our customers where they need to go, whether by bus, train, HandyDART or SeaBus.”

As such, TransLink laid out the various tactics it plans to employ across the transit network when the winter weather hits.

“We also continue to improve how we prepare, respond and innovate to better serve our customers,” the company added.

On the Canada Line, TransLink said it has installed two kilometres of heat tracing on power rail where heavy ice buildup caused service disruptions back in February 2017. The company also installed cover boards in exposed areas to protect the power rail from snow buildup.

On the SkyTrain, TransLink said the use of de-icer spray trains keep the power rail free of ice. During heavy overnight snow, some trains run through the night to keep tracks clear.

Last year, transLink introduced a trial run of “tire socks” for buses. And this year, those are coming back – on select routes that see higher elevations.

“If snow is heavy on Burnaby Mountain, we will deploy tire socks on buses between Production Way – University Station and SFU,” said TransLink. “This year, we will also use tire socks on 210 Upper Lynn Valley/Lynn Valley Centre and 232 Grouse Mountain/Edgemont if required.

To prevent ice from building up on trolley bus wires, TransLink said anti-icing trucks will spray anti-icing agent “to the entire 300-km electric trolley overhead system if there is risk of frost/ice.”