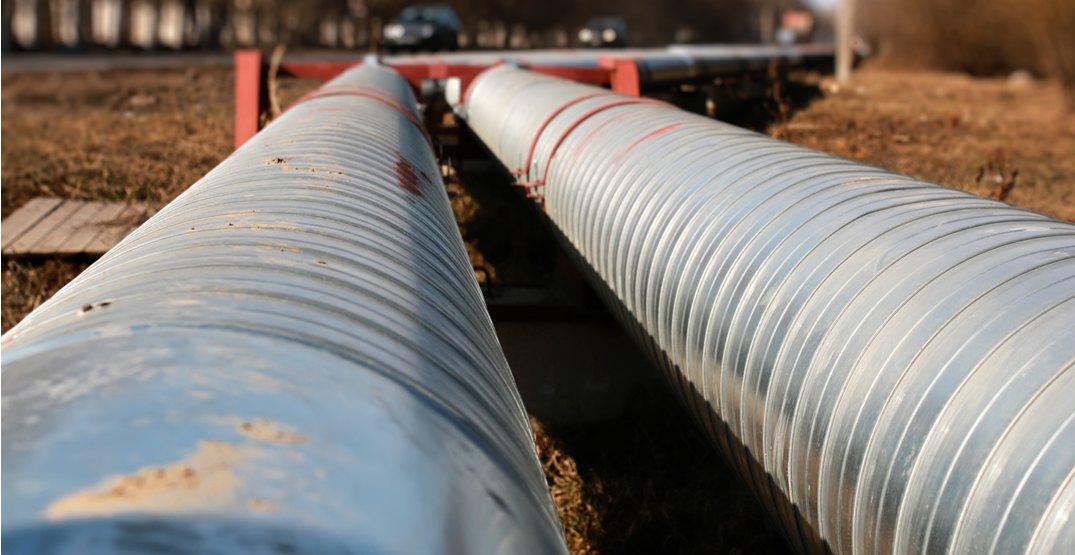 After a gas line replacement project resulted in the lengthy closure of a major thoroughfare in Vancouver last summer, Fortis BC is once again advising drivers to plan for lengthy delays or alternate routes – this time in Burnaby and Coquitlam.

The closures come as a result of the continuing work being done to replace the gas line from Vancouver to Coquitlam, the company said.

Work started last year in Vancouver and Burnaby, and in 2019 the project will move east with construction taking place on the Lougheed Highway and Broadway in Burnaby and on Como Lake Avenue in Coquitlam.

The work is slated to resume in February and the company said it is upgrading total of 20 km of gas line between Vancouver to Coquitlam to supply over 210,000 customers.

The gas line upgrade between Vancouver and Coquitlam is scheduled to be completed in 2019, with 12 kilometres of new gas line being built and roads along the project route facing disruptions during construction.

Last summer, the project closed a large section of Vancouver’s East 1st Avenue to drivers in both directions.

“We understand it can be disruptive to have a major construction project in your neighbourhood, which is why our goal is to complete work safely and as quickly as possible,” said Fortis BC’s Doug Stout.

FortisBC said it will also continue engaging directly with the community throughout the year, including public information sessions on February 5 in Coquitlam and February 12 in Burnaby.

“We were on the ground engaging directly with residents and businesses to minimize disruptions to local neighbourhoods and traffic last year,” said Stout. “And we look forward to being out in the community providing that same support again in 2019.”

A total of 8 km of new line was built in Vancouver and Burnaby in 2018, including on East 1st Avenue which re-opened on schedule at the end of August.

Natural gas facilities on Woodland Drive in Vancouver and Mariner Way in Coquitlam are also being upgraded as part of the project.

The gas line being upgraded is nearing the end of its operational life after serving the community for 60 years. The new 30-inch line will replace the existing 20-inch line, building capacity to support the growth of Lower Mainland communities.

“We want to thank everyone for their patience and understanding, both so far and as we complete construction this year,” said Stout. 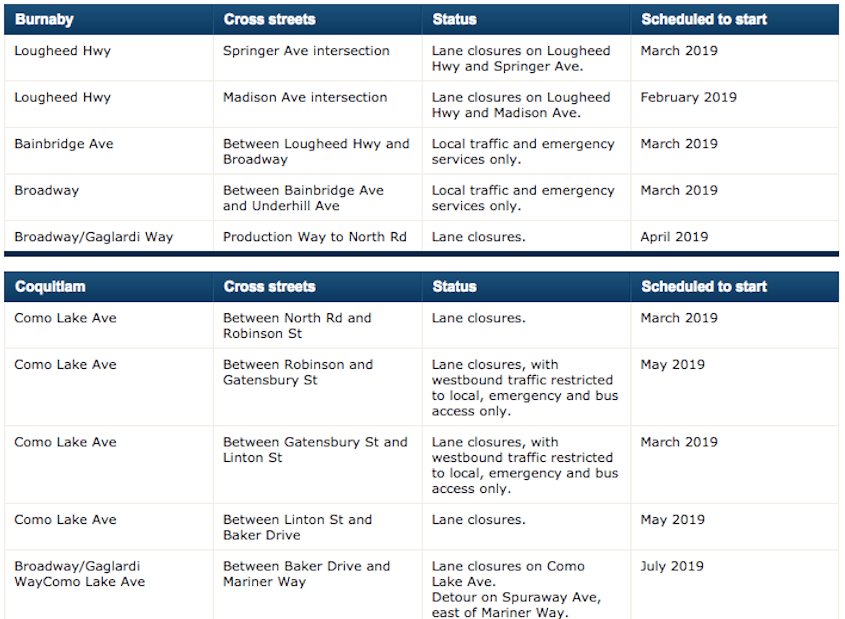 A chart of the affected routes and closure times (Fortis BC)