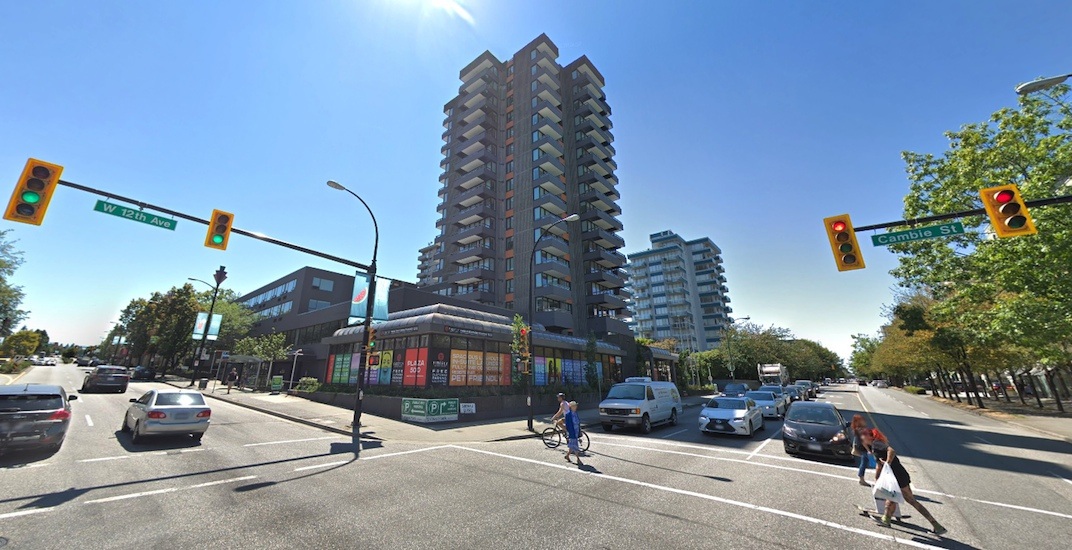 A former hotel complex, located just across from Vancouver City Hall and City Square shopping mall, and recently renovated into rental apartments, has been listed on the market for its major redevelopment potential.

Plaza 500 at 500 West 12th Avenue — the southwest corner of the intersection of Cambie Street and West 12th Avenue — is currently occupied by a 17-storey rental apartment tower and a large four-storey office and retail podium. The size of the lot is about 36,000-sq-ft.

An extensive renovation was completed on the 1977-built property in 2016 that converted the guest rooms into 118 rental apartments with modern finishes and balconies for each suite. 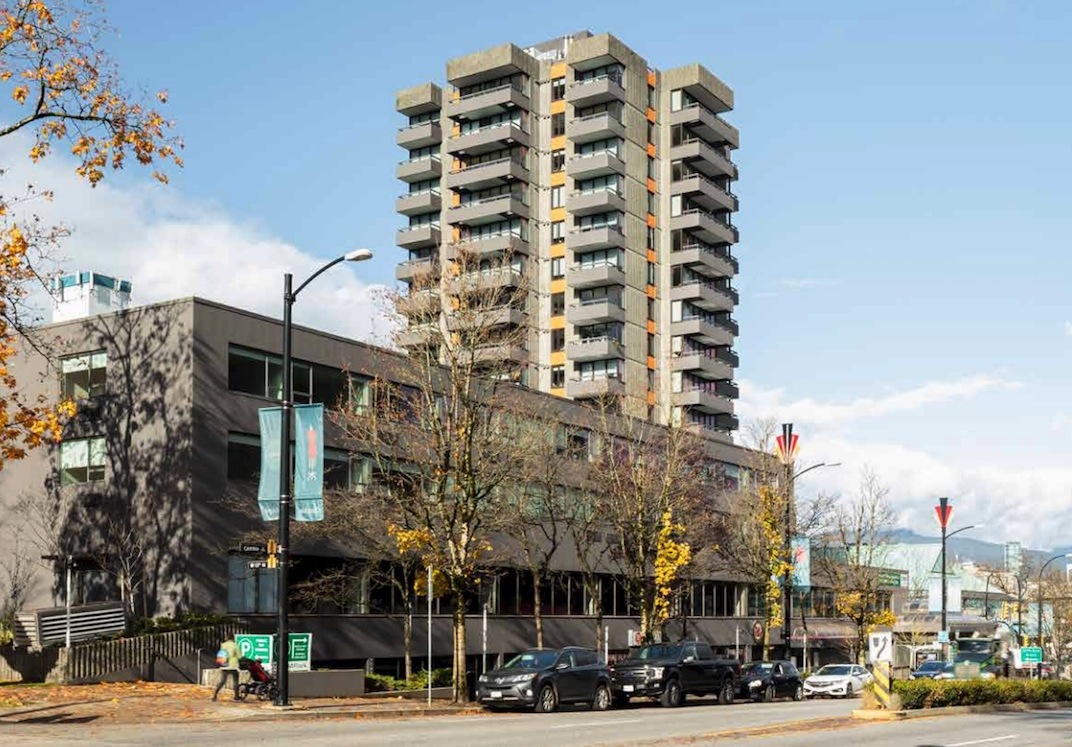 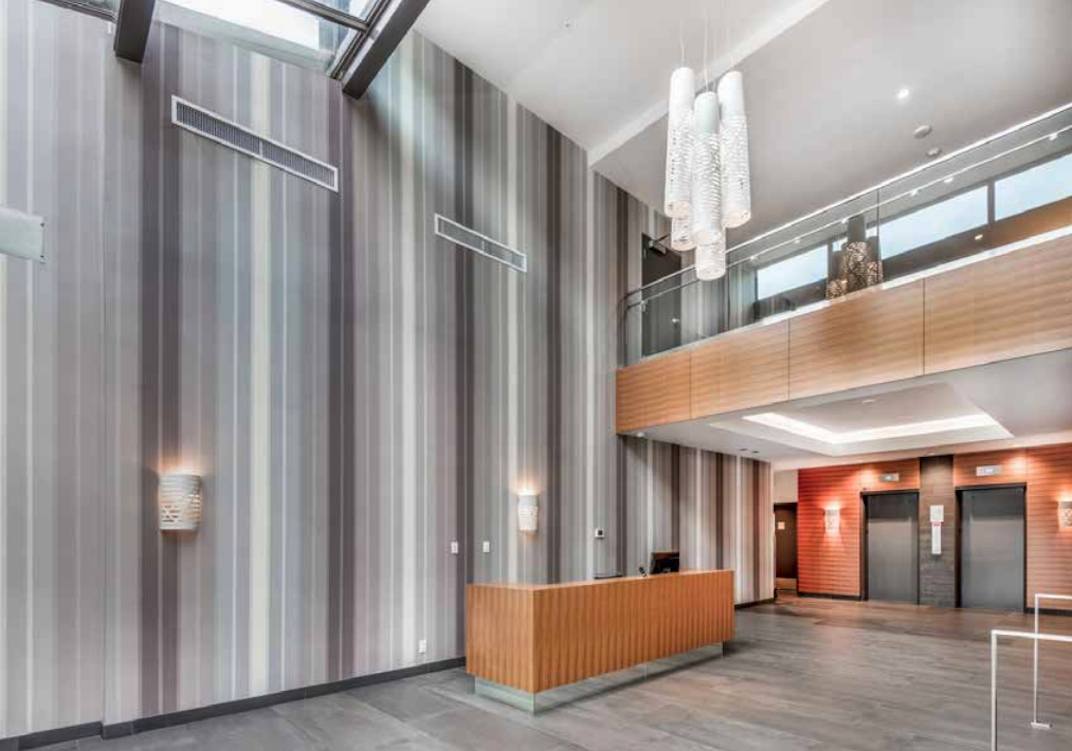 At the moment, the rental housing units are 92% occupied, and an entire floor of the commercial podium is vacant.

A new listing by CBRE highlights the redevelopment potential of the four-storey podium along the site’s Cambie Street and West 13th Avenue perimeter. Infill development on the ground-level parking lot on the western side of the lot could also be another potential opportunity. 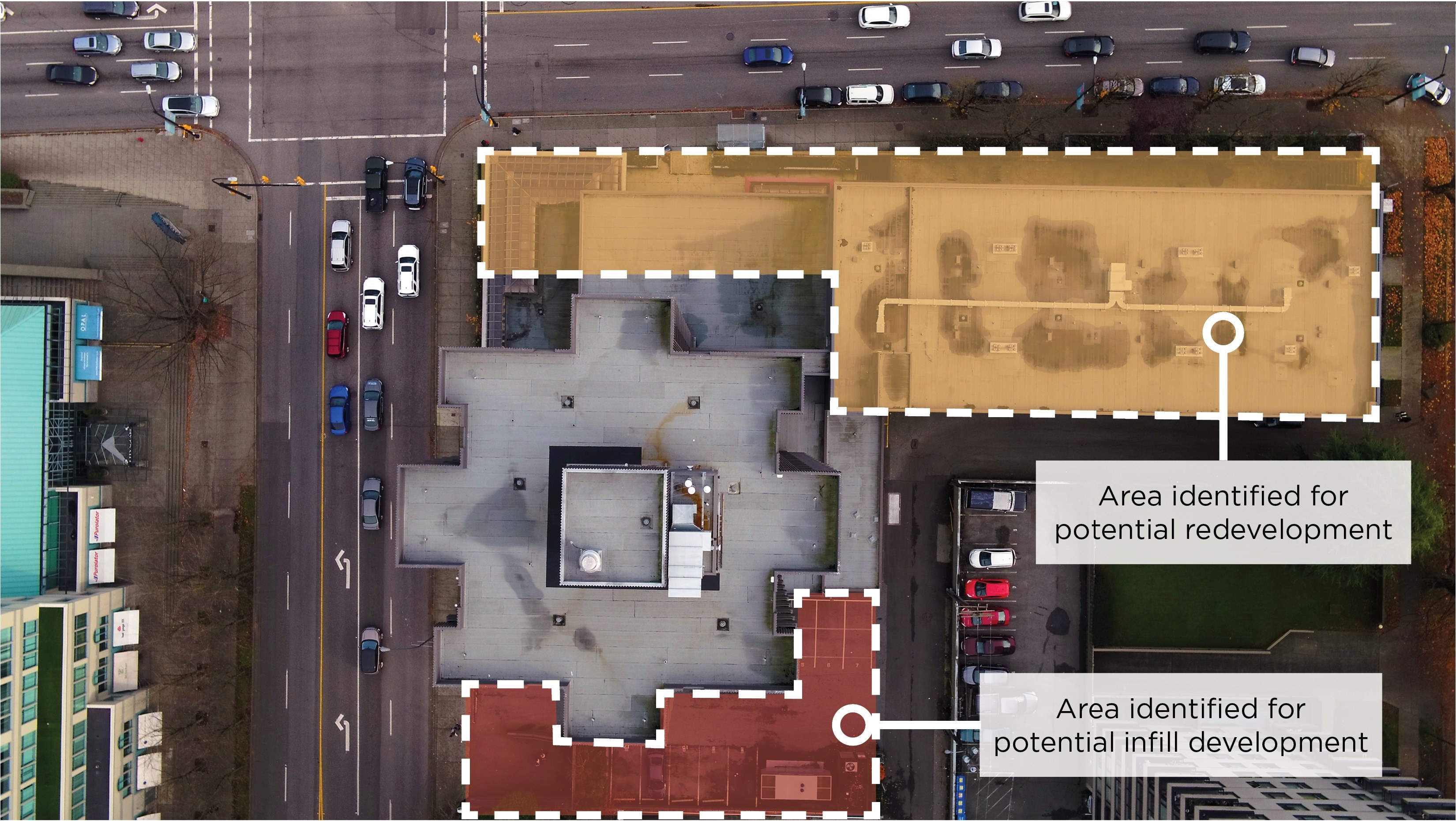 The property has a total of 164 vehicle parking stalls, with 152 stalls situated underground and another 12 stalls at ground level.

CBRE’s listing does not provide an asking price, but BC Assessment’s latest assessed value pegs the property at $86.212 million — up from $21.7 million in 2015 and $71 million in 2017, after building renovations were completed.

However, the site’s real development potential will not be identified until after the municipal government’s completion of the Broadway Corridor Plan, which is scheduled to be finalized by the end of 2020.

There is significant redevelopment interest in the area given that the Canada Line’s nearby Broadway-City Hall Station will be transformed into one of the region’s busiest transit hubs when the Millennium Line Broadway Extension opens in 2025.

The City of Vancouver is also interested in expanding its City Hall campus all the way to edge of West Broadway with a major mixed-use redevelopment. This year, work will begin on a master plan for the campus, with $2 million allocated in the 2019 budget for the project’s planning.