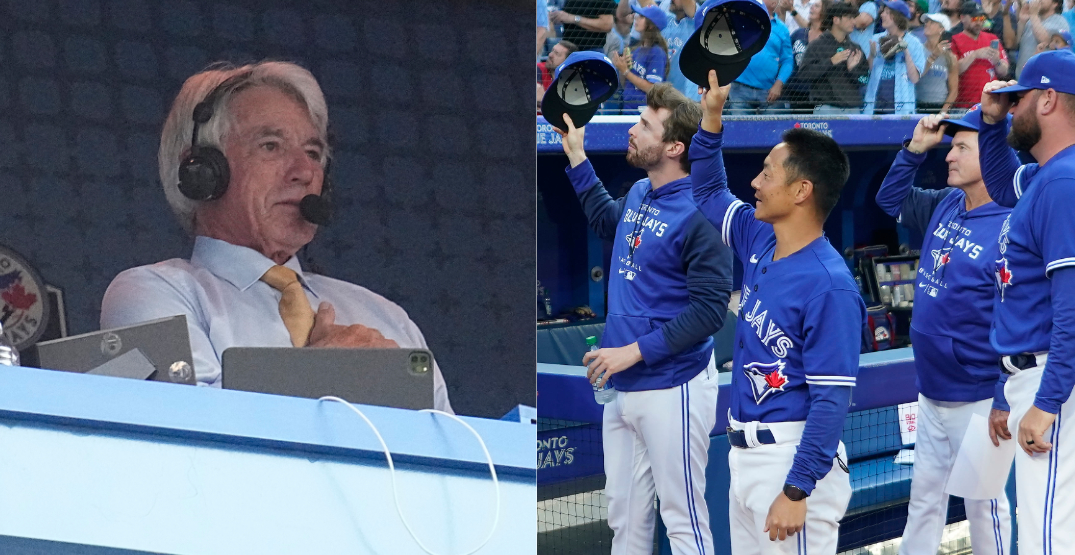 Buck Martinez returned to the broadcast booth for the first time in roughly three months after going off the air following a cancer diagnosis, hitting the airwaves when the Toronto Blue Jays hosted the St. Louis Cardinals at Rogers Centre in Toronto on Tuesday night.

Martinez, who finished his treatments in late June, returned to a standing ovation from fans and Blue Jays players alike.

“It’s great to be back,” he said on the broadcast.

“The fans have been tremendous. I’ve heard from fans all across North America, and I want to thank you all for the signs, the prayers. There’s no doubt all of your good words helped me get through this tough time, and they helped me a lot. And I’ve heard from a lot of people too dealing with their own health issues. I hope my journey has helped you handle those face on and fight the good fight.”

Martinez, who stepped away from the broadcast in mid-April after his diagnosis, has filled a number of roles throughout the Blue Jays organization over the years, including first playing on the team from 1981-1986 as a catcher, reporting on the club from 1987 onwards, and a stint as the team’s manager in 2001-2002.

After working on the Baltimore Orioles broadcast team from 2003-2009, Martinez returned to Toronto in 2010, and has been the lead play-by-play announcer on Sportsnet ever since.

“I wouldn’t be sitting here tonight without the wonderful support of my family,” the 72-year-old said. “My son Casey and his family and especially my wife of 47 years, Arlene. From the moment we heard I had cancer, she simply said ‘we got this’ and she was right — as she has been for 47 years.”