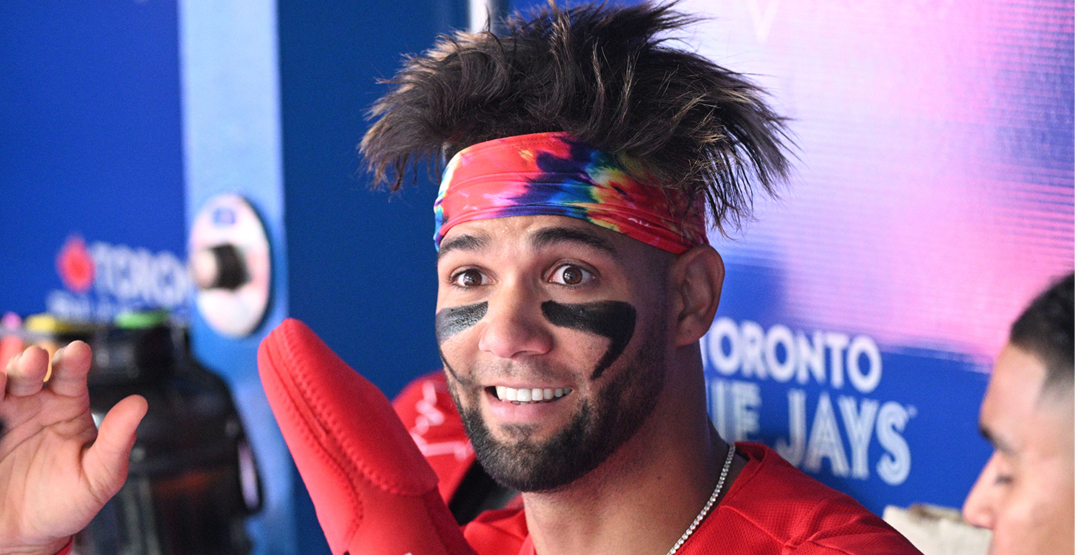 It’s summer and there’s nothing better on a sweltering hot day than a thirst-quenching drink. Sure, you could just drink water, but where’s the fun in that?

Gurriel Jr. took time out of his busy day on Friday evening at Fenway Park to play the part of mixologist and concocted the perfect summer cocktail for summer 2022.

Since the start of June, Mr. Piña Power himself has been one of the hottest hitters in baseball. His .382 batting average ranks second among all MLB hitters and his self-made cocktail is the hottest summer beverage since watermelon White Claw.

While the Blue Jays were busy emasculating the Boston Red Sox in their home ballpark, outscoring them 28-5, Gurriel spent his ample downtime in the dugout perfecting his recipe.

If the Blue Jays’ on-field results were any sign, he cooked up a winner. Hat tip to Arash Madani of Sportsnet for capturing these antics from the visitor’s dugout at Fenway Park throughout the series.

Lourdes Gurriel Jr. making himself a… fruit cocktail during the fifth inning of the ball game tonight. pic.twitter.com/RXCSIaKH9x

It can’t be a coincidence that the night Gurriel cooked up this recipe, he went six for seven, drove in five runs, and tied the Blue Jays franchise record for most hits in a single game. The Blue Jays also outscored the Red Sox by 25 runs.

If that’s not the essence of Piña Power, nothing is.

It’s no surprise Gurriel came back the next game and went back into the lab to perfect a second helping of his specialty cocktail. The man knows how to make a refreshing mid-game beverage.

Then on Sunday, after two decisive victories in Fenway Park, Gurriel went back to work in the series finale, albeit in the confines of the shade of the visitor’s dugout, to build yet another winning cocktail.

It's so hot here in Boston today that Gurriel has taken his fruit cocktail making bar under the shade — pic.twitter.com/WdMtqRMeQn

Ever since the 28-year-old starting experimenting with these concoctions, the team hasn’t lost. And knowing how superstitious baseball players are, this might become a fixture for the rest of the season.

If you’re looking to cool down this summer with a splash of fun, why not try out the Piña Power cocktail for yourself?

Beat the summer heat and pull up a seat! Gurriel’s cocktail might be served up at an establishment near you. Just ask your favourite bartender to pour you a Piña Power the next time you walk into your favourite bar. Cheers!