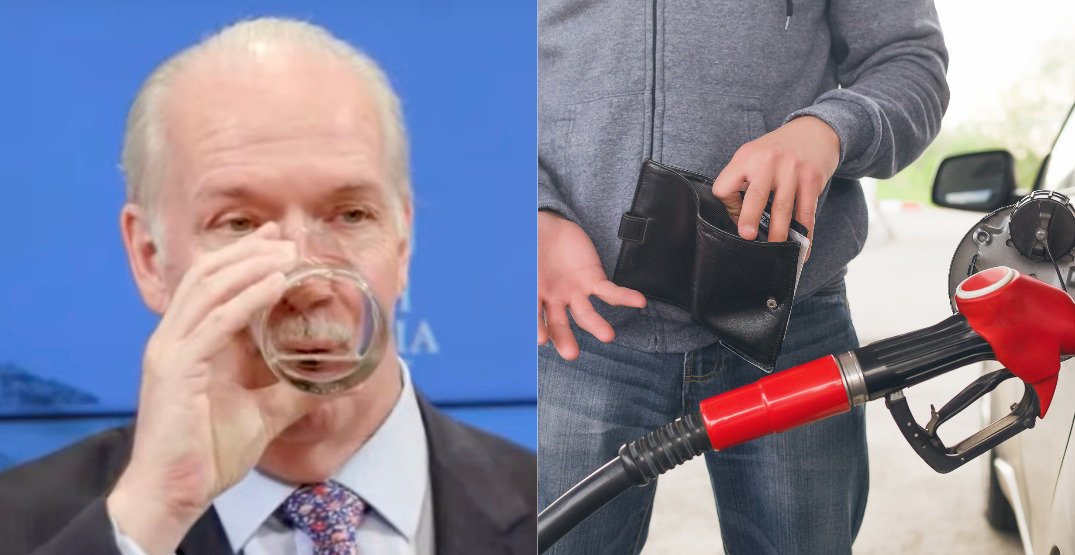 On the heels of the BC government announcing their plan to help drivers cope with high gas prices, people are reacting, and most are not happy.

A one-time rebate of $110 was announced for most drivers, while those who drive commercial vehicles will be getting a one-time refund of $165.

BC Premier John Horgan and Public Safety Minister Mike Farnworth made the announcement on Friday morning. People flocked to social media to share their displeasure while others applauded the announcement.

In recent weeks, gas prices in BC have skyrocketed to levels never seen in the province.

Some small business owners have expressed that they don’t qualify for the $165 rebate because they don’t drive a commercial vehicle.

@bcndp you know business need gas? How far do you think that will go for construction companies or landscapers. You forced a delivery model for the economy on shop and small businesses, now you slap us in the face. @jjhorgan is math hard for you or just that greedy. #bcpoli https://t.co/lAhhGzkJ29

When asked why the rebate wasn’t more, Horgan suggested it was due to the nature of ICBC and how its financial situation tends to swing unexpectedly. Still, BC residents are expecting more.

WTF? This is utter BS.

Daily Hive has heard from a few drivers who suggested the $110 won’t even cover a full tank of gas while prices are this high.

This explains it all #icbc #bcpoli #gasprices pic.twitter.com/OHQKGoW2L2

Someone else wrote, “in a climate apocalypse, you are rewarding people for owning multiple cars. And nothing for transit users. Whose idea was this?”

This is the dumbest shit ever. Anything coming for the folks taking transit or biking that are part of the real solution? Why are we subsidizing drivers even more than we already do? https://t.co/FVXLxqwiOY

If you own an electric vehicle, you will likely still be entitled to a rebate — a loophole that ruffled some feathers.

Many users online have indicated they’d be putting the money towards other goods, like groceries.

You want to help? Then shave off some of the carbon tax from the cost of fuel. This one time rebate doesn’t even cover the cost of one tank. It’s a damn joke. If #JohnHorgan and the #BCNDP think they’re going to score political points, they’ll be in for a surprise. #bcpoli

It’s $110 I didn’t have before. Who cares, you guys? Let’s have the fight about subsidizing cars when Ukraine isn’t a smoking crater. We’re all just so tired. #bcpoli

A somewhat comforting fact may be that it’s not just drivers in BC who are experiencing pain at the pump.

I was robbed at a gas station in NJ last night. After my hands stopped trembling..I managed to call the cops and they were quick to respond and calmed me down….. My money is gone.. the police asked me if I knew who did it..I said yes.. it was pump number 9…