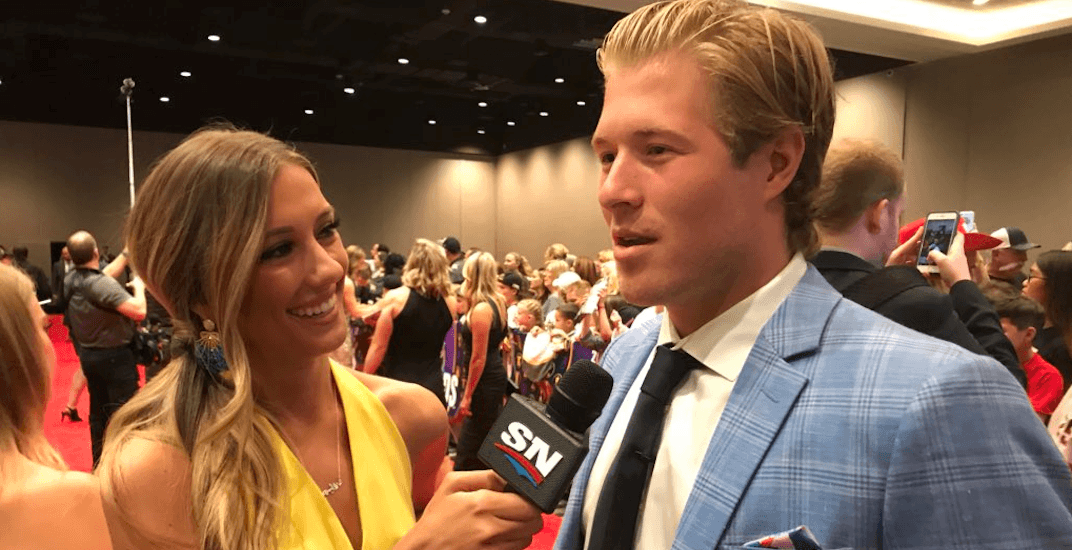 Brock Boeser didn’t win the Calder Trophy at the NHL Awards in Las Vegas on Wednesday, but he was recognized for his outstanding rookie season.

Boeser was named to the NHL’s All-Rookie team, becoming the first Canucks player since Mattias Ohlund in 1998 to receive the honour. Other Canucks to be named to the All-Rookie Team, since it was introduced in 1984, include Corey Hirsch (1996), Trevor Linden (1989), and Jim Sandlak (1987).

Peculiarly enough, Pavel Bure was not named to the All-Rookie Team in 1992, despite winning the Calder Trophy.

Boeser received two first-place votes, but finished a distant second-place to Barzal of the New York Islanders for the Calder Trophy, as expected.

Boeser, who scored 29 goals and 55 points, might have had a chance at winning were it not for injuries limiting him to 62 games. Barzal, a Coquitlam native, had a spectacular season in New York, scoring 85 points in 82 games.

The Canucks did have two award winners in Vegas, as Henrik and Daniel Sedin shared the King Clancy Trophy, in recognition of their leadership and humanitarianism.

From red carpet arrivals to winning some hardware, go behind-the-scenes with the Sedins and @BBoeser16 at the #NHLAwards. pic.twitter.com/8LQ2SZR4rm