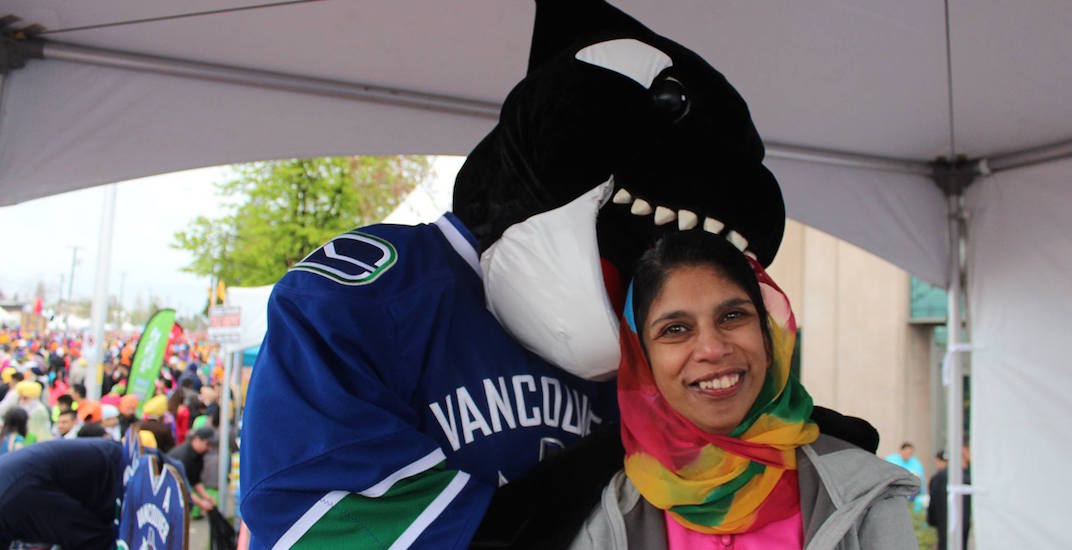 The Canucks will celebrate Vancouver’s South Asian community next week, in an evening filled with traditional music, dancing, and cuisine.

‘South Asian Celebration Night’ takes place Thursday, March 29 when the Canucks take on the Edmonton Oilers at Rogers Arena. In a media release, the team said it will feature the stories and contributions that Canadian South Asians have made to hockey and hockey culture in British Columbia.

A special South Asian Night Celebration on March 29th when the #Canucks take on the #Oilers. A lot of great things planned that night, including celebrating the contribution of the #NHL's first #Punjabi hockey player and former Canuck Robin Bawa. https://t.co/RF5uoQVcXL

Former Canucks winger Robin Bawa, who holds the distinction of being the first South Asian to play in the NHL, will drop the ceremonial puck.

Bawa played 61 NHL games in a pro hockey career that spanned 12 years. He played just two games with Vancouver during the 1991-92 season, but was able to provide this highlight:

Broadcasters from Hockey Night Punjabi – a program based out of Vancouver – will join the in-arena game reporting.

Live musical performances from Delhi 2 Dublin, Bhangra dancers, and South Asian cuisine will also highlight the evening. Diehard Canucks fan DJ Heer will also be spinning tracks on the plaza before the game.

Excited to announce that I’ll be DJing on the plaza outside of @rogersarena in Vancouver prior to the @EdmontonOilers and @Canucks game on March 29th as part of the South Asian Celebration. I’ll be playing all the top Bhangra music. Dream come true 🙌🏽 pic.twitter.com/GlnV4rB1tY

The nod to the South Asian community comes a month after the Canucks celebrated Chinese culture for Chinese New Year.

Vaisakhi, a festival originating in the Punjab region of India, falls on April 14 this year – a week after the end of the regular season.