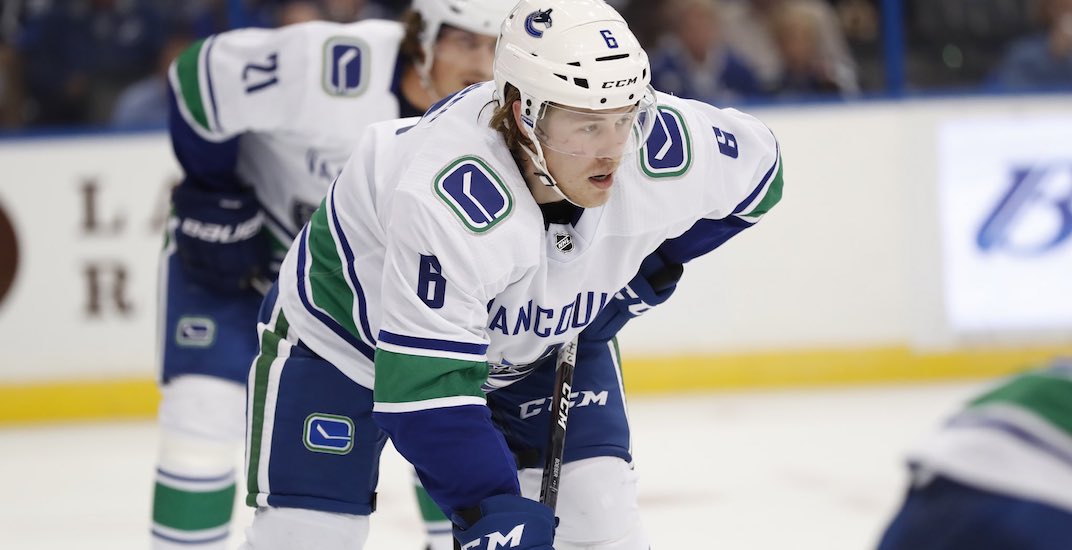 The Canucks have good news and bad news.

Despite scoring four points and looking quicker on the ice, Boeser tweaked his groin during Friday’s thrilling 7-6 overtime win against the Colorado Avalanche. It’s the same injury that kept him out of back-to-back games two weeks ago and has likely been nagging all season.

And now, the good news:

Tanev declares himself ready to go. “I’m in.” pic.twitter.com/piQ2cOA6gR

Defenceman Chris Tanev took the morning skate and will play for the first time since injuring his hip while blocking a shot in Las Vegas on October 24.

With Tanev back on the blue line, Alex Biega will draw out of the lineup, according to Sportsnet 650 play-by-play man Brendan Batchelor, who adds that Brendan Gaunce will also be a healthy scratch.

Brendan Leipsic and Darren Archibald will also draw back into the lineup.

Lineup notes for the #Canucks in Detroit:
– Boeser's out (groin). Gaunce and Biega are expected to be healthy scratches.
– Tanev, Leipsic and Archibald are in.
– Someone will have to go down to Utica with Tanev coming off IR.
– Markstrom starts

Despite being ravaged with injuries this season, the Canucks have found a way to win nine of 15 games, and sit in second place in the Pacific Division. On top of the Boeser injury, they are still without goaltender Anders Nilsson, defenceman Alex Edler, and forwards Brandon Sutter, Jay Beagle, and Sven Baertschi, who are all hurt.

The Canucks begin a five-game Eastern road trip against the Red Wings tonight, before playing the Bruins, Sabres, Rangers, Islanders, and Wild in the next nine days.