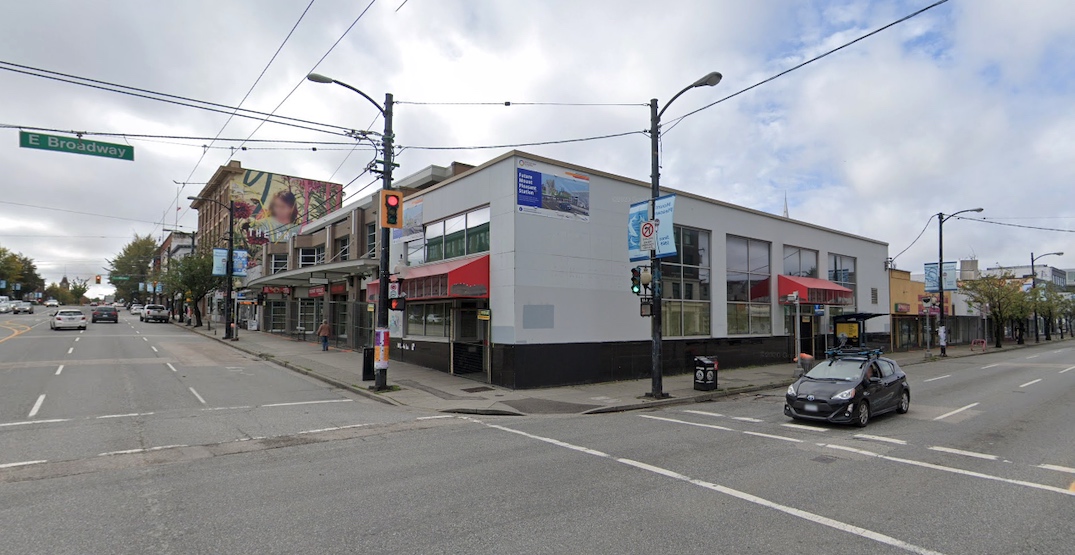 Site preparation through the demolition of existing structures has begun ahead of major construction works for the SkyTrain Millennium Line Broadway Extension project.

The BC Ministry of Transportation and Infrastructure states building demolition will make way for new station entrance buildings, construction staging, and storage areas.

This will help keep construction activity off of Broadway and adjacent streets as much as possible, reducing the impact on vehicle traffic. It is expected that at least two lanes of vehicle traffic will be retained within these station construction zones.

The first buildings set to be demolished are on the city block located on the southwest corner of the intersection of Main Street and East Broadway, where the Mount Pleasant Station entrance building will be located.

Another major demolition area will be the city block where the existing Broadway-City Hall Station entrance is located. All of the buildings on this city-owned block will be razed.

November 2020 conceptual design of Mount Pleasant Station. (Government of BC) 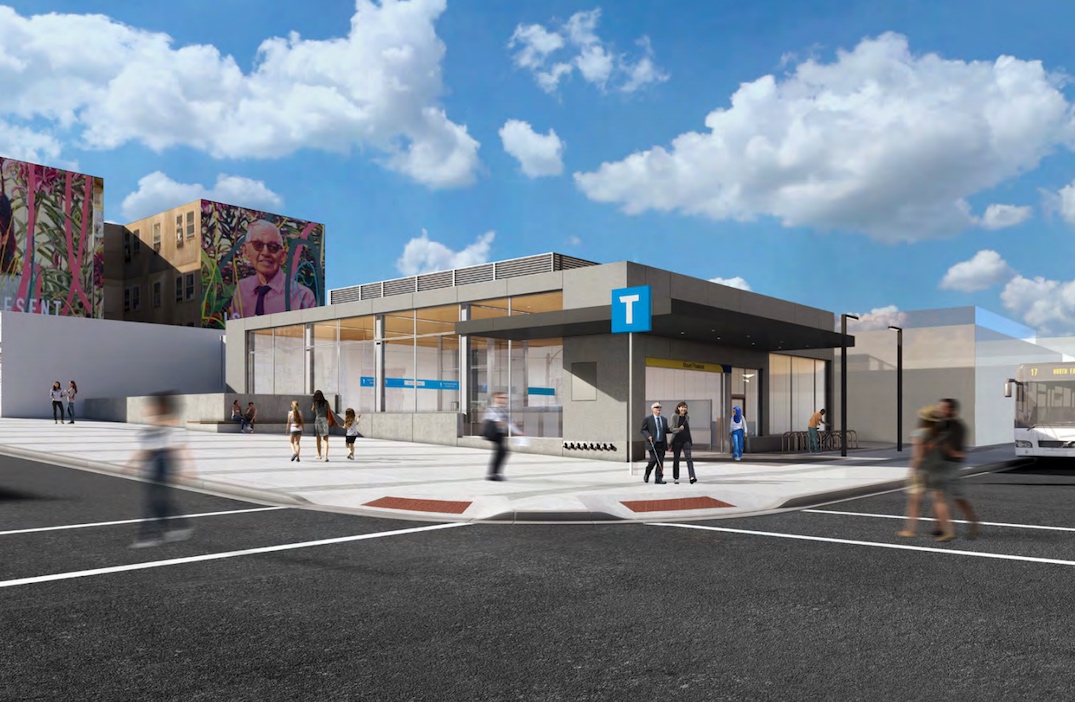 November 2020 conceptual design of Mount Pleasant Station. (Government of BC)

Demolition work has also begun in the False Creek Flats, specifically the removal of the building that previously housed the Equinox and Monte Clark art galleries, located just behind the Emily Carr University of Art and Design campus. This will make way for the tunnel portal, where the Millennium Line will transition from elevated to tunnelled before entering Great Northern Way-Emily Carr Station.

Construction will begin this spring on the tunnel portal and the 700-metre-long elevated guideway west of VCC-Clark Station.

The boring tunnel machines at the tunnel boring pit north of the intersection of Great Northern Way and Thornton Street will begin drilling towards Arbutus Street next year. This pit will double as the footprint for Great Northern Way-Emily Carr Station.

Some geotechnical work is being performed for the future Broadway Extension elevated guideway east of Emily Carr. #SkyTrain pic.twitter.com/BfIFwLQfQn

Preparations have begun for the demolition of Equinox Gallery. This is where the Broadway Extension tunnel portal will be located. #SkyTrain #vanpoli pic.twitter.com/9HwbrjHOTn

The designs for all six new stations along the six-km-long extension will be finalized by summer, after another round of public consultation this spring.

“The Broadway corridor is one of the busiest in Metro Vancouver, and this project will transform the region’s transportation network by helping to reduce congestion and greenhouse gas emissions, while also improving customer travel times.”

The project’s contractor is a consortium led by European-based engineering firms Acciona and Ghella, with the local offices of DIALOG and IBI Group performing station architectural design services.

“When completed, the Broadway Subway will transform how people get around in Vancouver. It will mean faster travel to work and school, better access to local business and fewer cars on the road,” said Rob Fleming, BC Minister of Transportation and Infrastructure, in a statement.

“I’m pleased to see site preparations get underway on this critical project – a key infrastructure investment as we work to restore the economy and invest in a low-carbon future through BC’s Restart Plan.”