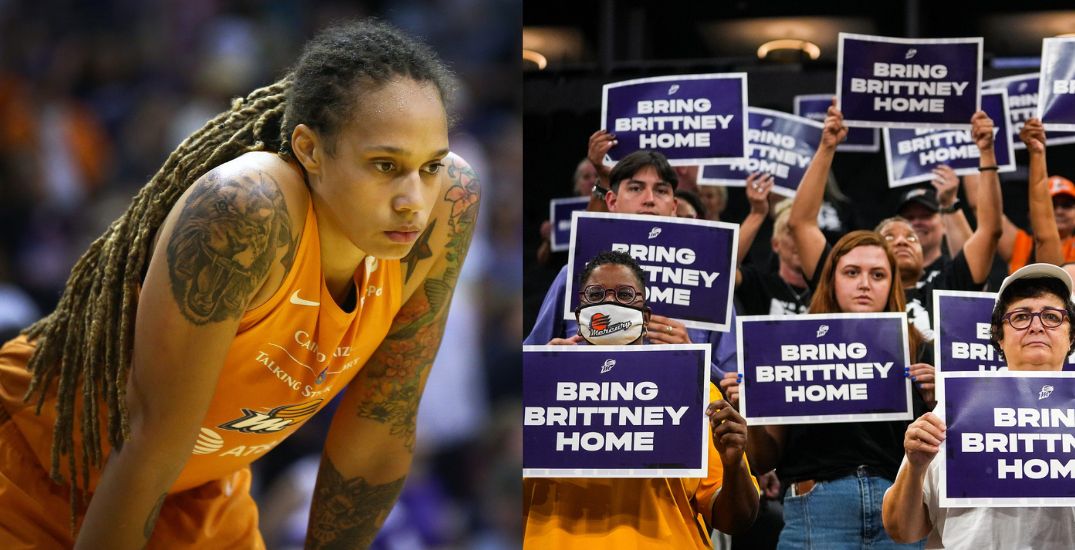 WNBA star Brittney Griner has been sentenced to nine years in prison on drug charges by a Russian court, and people are outraged.

Russian judge Anna Sotnikova told a court in Khimki, a town just outside of Moscow, that the court found Griner guilty of smuggling and possessing “a significant amount of narcotics,” reported Al Jazeera.

The Phoenix Mercury player was also fined one million rubles, which is about CND$20,900.

US President Joe Biden called the verdict “unacceptable” in a statement on Thursday.

“My administration will continue to work tirelessly and pursue every possible avenue to bring Brittney and Paul Whelan home safely as soon as possible.”

“Today’s verdict and sentencing is unjustified and unfortunate, but not unexpected and Brittney Griner remains wrongly detained,” they said in a statement.

“The WNBA and NBA’s commitment to her safe return has not wavered and it is our hope that we are near the end of this process of finally bringing BG home to the United States.”

The two-time Olympic gold medallist was arrested at Moscow’s Sheremetyevo airport on February 17 for entering the country with less than one gram of cannabis oil in her luggage.

Recreational and medicinal cannabis is illegal in Russia.

Griner told the court on Thursday that it was an “honest mistake” and that she “never intended to break Russian law,” according to Al Jazeera.

As officials shared their statements, fans also expressed their anger on social media.

“Anyone who can look at Brittney on the screen and not see the humanity and severity of this situation is sick,” tweeted another person. “BRING HER [THE F**K] HOME.”

Anyone who can look at Brittney on the screen and not see the humanity and severity of this situation is sick. Do not come in my mentions to attempt to justify this horrific situation or say she deserves it. Brittney Griner should be on US soil. BRING HER TF HOME.

Others pointed out that Griner’s a pawn in Russia’s diplomatic game with the US.

“This isn’t a real court with a real sentence, this is just the Russian government deciding what provides them with the most leverage,” tweeted one person.

As various cable stations cover the 9 year sentence for WNBA star Brittney Griner in Russia, I cant help think more context is necessary. This isnt a real court with a real sentence, this is just the Russian government deciding what provides them with the most leverage

There are also a lot of people who think the basketball player deserves the sentence.

But many say these reactions are rooted in racism.

White people think Britney Griner is a legit criminal….
those people scare me.

Others pointed out how the same kinds of sentences are seen for non-violent crimes in America.

Britney Griner got sentenced to 9 years for drug possession & Biden said her sentencing was “unacceptable”….. So what about the people that got football numbers for weed possession in America?

To end on a lighter note (if there can be for a serious situation like this), one comedian has an interesting proposition.

“Hey Putin – give us back Brittney Griner and we’ll give you back Trump.”

Hey Putin – give us back Brittney Griner and we’ll give you back Trump.