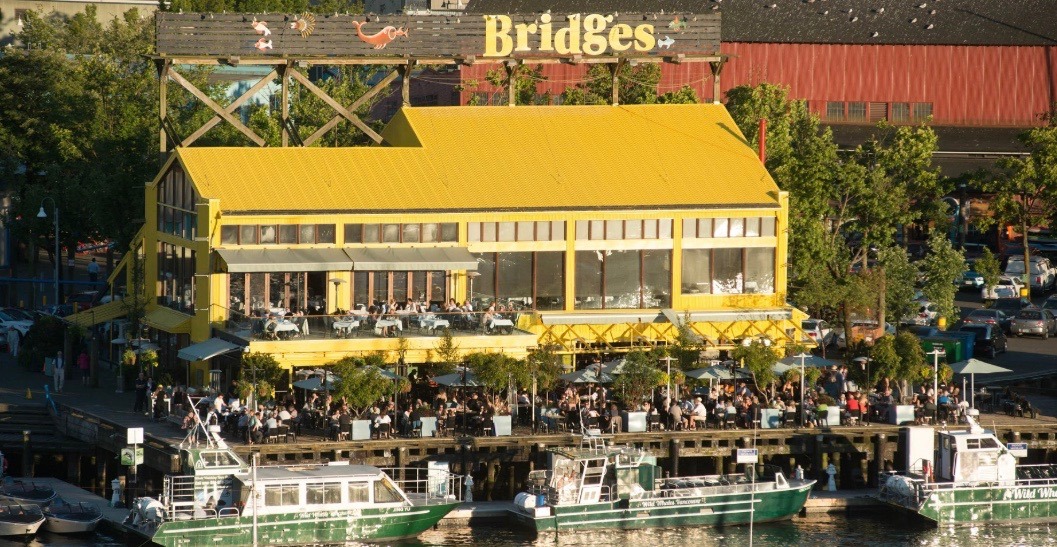 It’s the end of an era. Landmark Granville Island restaurant Bridges is officially closing its doors on Sunday, September 26, after 41 years of operation.

“Bridges has had a great deal of influence on me. I fell in love with the alfresco dining concept, which Bridges pioneered. It inspired me to build these expansive patios that bring the community together and create an unprecedented energy,” said Frankel in a 2018 interview with Dished.

In a message on its social media accounts, Bridges thanked patrons for their support over the last four decades and assured them that “great things are to come.⁠”

We’ll keep you posted on details surrounding the changes at Bridges, but for now, be sure to pop in before or on Sunday, September 26, for the last service and enjoy the concept we know and love while you still can.