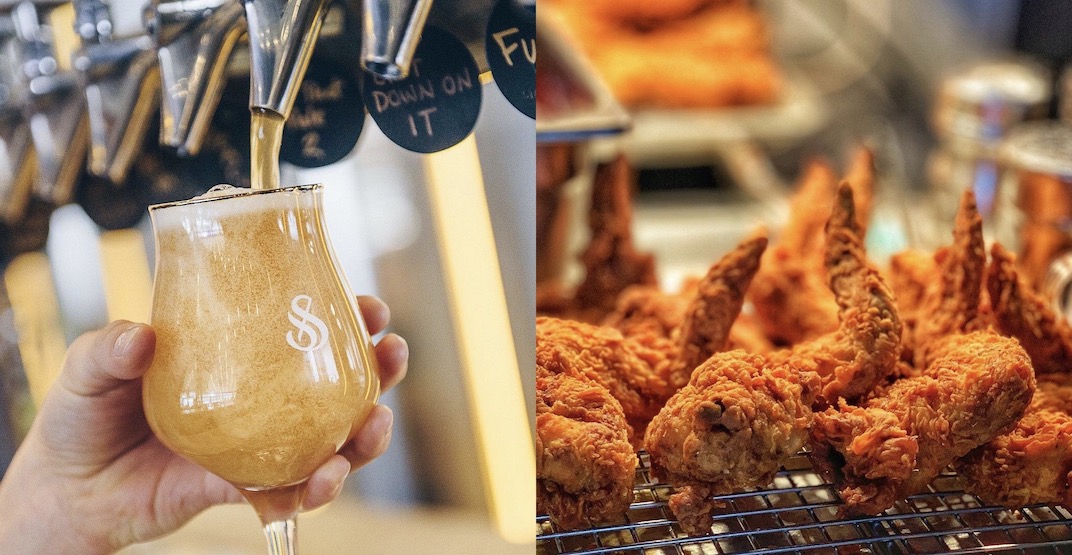 If you’re like the majority of Vancouverites and have an affinity for local craft beer and DL Chicken, then you need to be at this gathering later this month.

Now, despite the fact that it will feature some of the area’s top brewers — 33 Acres, Faculty Brewing, Four Winds Brewing Co, Strathcona Beer, and Dageraad Brewing — organizers are adamant that the event “is not another beer festival.”

Taking place at The Ellis Building on Main Street on March 20, the event is described as a warehouse party where you can do all your favourite things: drink five new beers, eat DL Chicken and Tacofino, listen to music, and just hang out in general.

The best part? This whole shindig is for a good cause.

All the profits will go to Brewgooder, a non-profit social enterprise that turns beer into clean water. Sounds like a can’t-miss to us.

You can get your tickets now.

Brewgooder: This is not* another beer festival