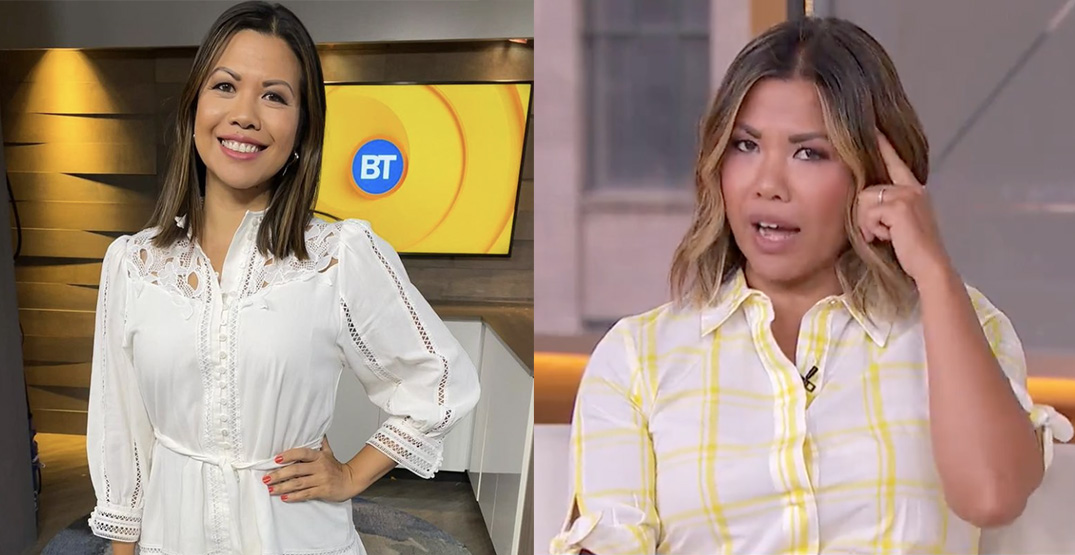 A Canadian TV host has an important reminder for people — “don’t ask someone if they’re pregnant.”

Melanie Ng, a host and reporter at Breakfast Television (BT), took some time out of Monday’s broadcast to address presumptuous comments viewers were making about one of the show’s latest TikToks.

A video posted to the social media app on Friday shows the cast of BT participating in the #telephonechallenge, which has TikTokers lip-syncing and dancing to the song “Telephone” by Lady Gaga and Beyonce with slick transitions.

Ng starts off the video strutting out of frame while holding a red Tim Hortons cup.

“Did you notice anything out of there? Like what would be your first comment from that video?” she asked co-host Devo Brown in a recording of the segment posted to the BT Twitter account on Monday.

Brown responds by saying the crew looks cool and it was a great time. Ng then reveals what her DMs were full of after the video was posted.

“‘Are you expecting? Oh, you’re glowing! A little one on the way?'” she listed. “Someone even said, ‘Congratulations.'”

Ng goes on to explain that as someone who’s a public figure, she’s used to unsolicited comments and usually ignores them. But she received so many of these assuming messages that she decided to say something about it on her Instagram story.

“You never know what someone’s going through.” @CityMelanie responds candidly to comments made about her on a TikTok video posted Friday: pic.twitter.com/XXg31Eu6xf

“I said something along the lines of, ‘Maybe it’s the dress, maybe it’s the angle, hey, maybe I ate a burrito,'” said Ng. “At the end of the day, you do not comment on a woman’s body for a number of reasons that I shouldn’t have to explain because it’s 2022.”

The BT host acknowledged that there probably wasn’t any ill intent to those comments and that most were trying to be complimentary.

However, she stressed that those assumptions could end up hitting a nerve.

“You never know what someone is going through,” said Ng.

In 2016, Ng wrote an article for Today’s Parent detailing her experience with infertility.

“It took four years to have my son and finally, via IVF, it worked,” she said. “But the process of going through that was frustrating. It was maddening. It was angering.”

Ng isn’t the only person who’s gone through this. According to Health Canada, one in six couples experience infertility.

While Ng has been outspoken about her journey with infertility, she says that at the end of the day, no one should be asking anyone if they’re pregnant. Period.

“Don’t comment on that by any means until that baby pops out,” reiterated Ng. “Just remember, you don’t know what is happening outside of that.”

The BT anchor added that she didn’t mean to call people out, just that she wanted to remind people that there are other things going on.

“I will make clear for the record that I’m not pregnant,” she confirmed and joked that she’s pretty sure she did, in fact, eat a burrito that day.