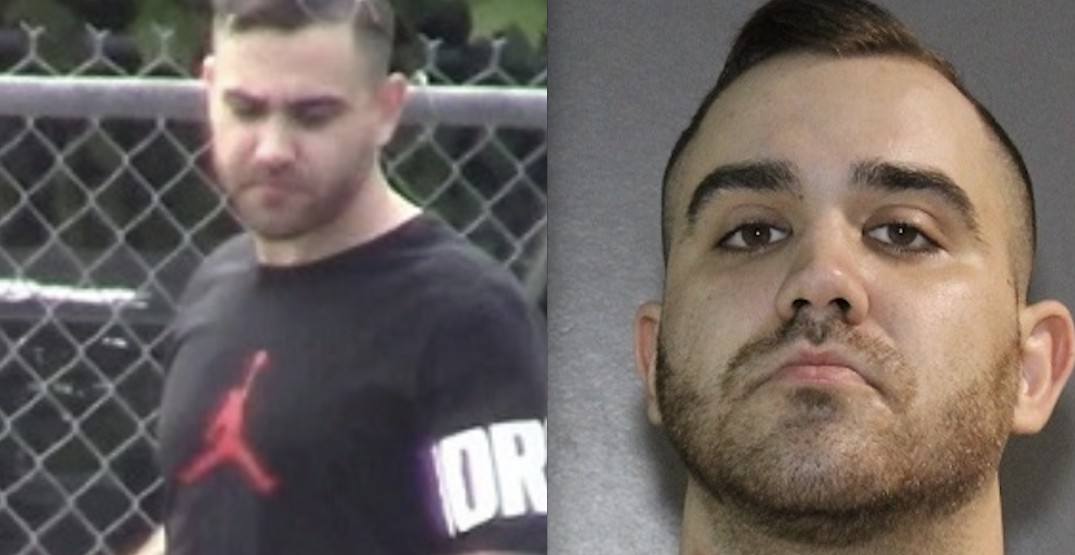 Police are issuing a $5000 reward for information leading to the arrest of a 27-year-old murder suspect.

Brandon Nathan Teixeira is wanted in connection with the murder of a Surrey man.

Teixeira was charged with first-degree murder in the shooting death of 28-year-old Nicholas Khabra. The incident took place on October 23, 2017, in Surrey.

He remains at large and is believed to be somewhere in the Lower Mainland. Investigators learned that Teixeira has associates in Edmonton and Calgary and urge residents there to also be on the lookout for him.

Teixeira is described as:

Police have also released new video footage of Teixeira at a liquor store.

Police say he is “extremely violent” and is considered armed and dangerous.

Crime Stoppers is now offering a $5,000 reward for information that leads to Teixeira’s arrest.

IHIT will continue its search for Brandon Teixeira until he is in police custody, said Cpl. Frank Jang of IHIT. We believe the reward offered by Crime Stoppers will provide an extra incentive to those with intimate knowledge of Mr. Teixeira’s current whereabouts to come forward.