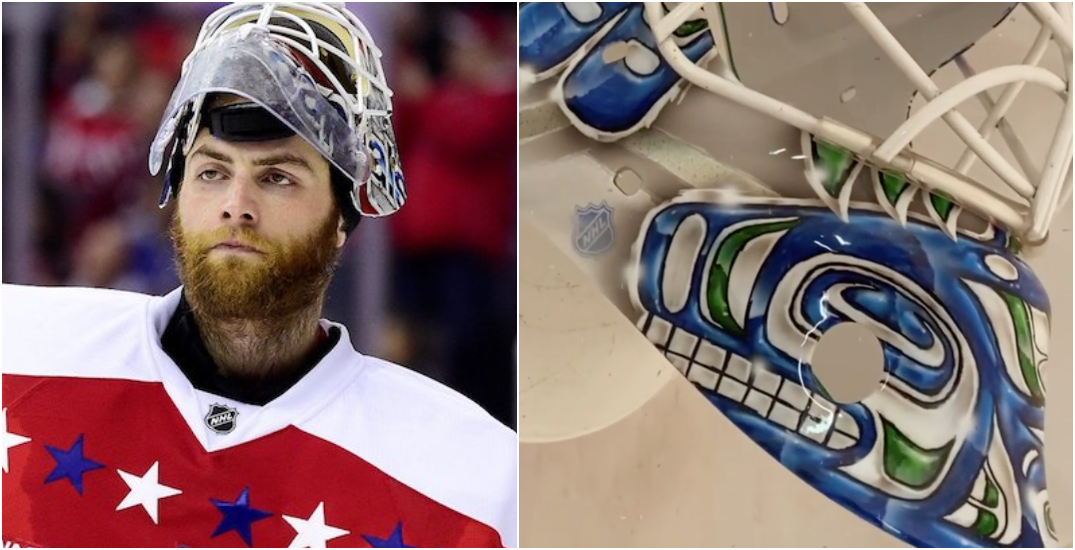 The Braden Holtby era in Vancouver just put a mask to the face.

The 31-year-old Stanley Cup champion signed a two-year, $8.6 million deal with the Canucks in October and on Friday, his new goalie mask was unveiled.

According to Gunnarsson, the design of Holtby’s Canucks mask is based “on the myth of the thunderbird.” The painter said he worked closely with the former Washington Capital, fusing the Canadian north-west myth as part of his design.

Gunnarsson says in thunderbird lore, they fly over mountains and catch orcas with their giant claws.

If thunderbirds can catch orcas, slap shots should be an ease.

Before the 2021 NHL season kicks off, here’s what Holtby’s goalie mask looks like:

After spending the last decade as a member of the Washington Capitals, Holtby and his new mask will be between the pipes, officially replacing Jacob Markstrom’s tenure in Vancouver.