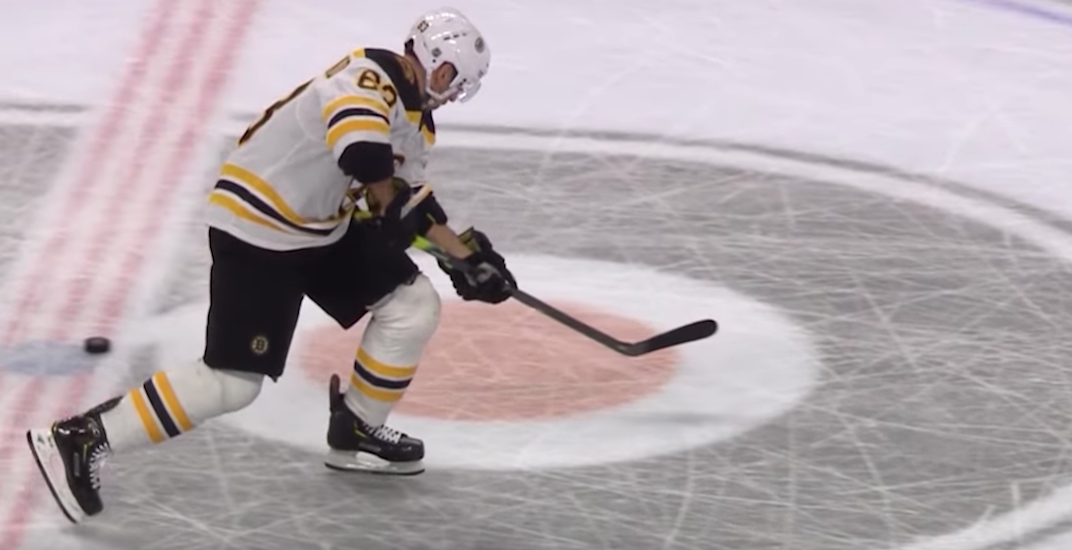 His reputation is well earned across the league, and he has no problem playing the role of villain with fans outside of Boston.

Even worse? He’s turned into one of the best players in the league, reaching the 100-point plateau last season.

So when he messes up really bad, fans are going to have a field day with it.

That was the case on Monday night, when Marchand skated to centre ice with the game on the line. Marchand was the Bruins’ last hope: If he scored, the shootout would continue. If he didn’t, the Flyers would win the game.

Not only did Marchand fail to score, he failed to do…well, much of anything. Marchand grazed the puck, moving it ever so slightly, as he skated by without it.

It was the worst shootout attempt of all time.

When a player like Marchand fails in such epic fashion, there’s no shortage of people at the ready on social media.

It included us here at Offside too:

It even included the Flyers, as someone was caught saying “his nose got in the way” as the team left the ice.

The Flyers coming off the ice after Marchand whiffed in the shootout.

“His nose got in the way” 🤣pic.twitter.com/ZJHpDNJyL2

Here’s a selection of the best reactions on social media:

IT’S OVER! Marchand over skated! #BOSvsPHI

Marchand fails to score, or move the puck, really. pic.twitter.com/KzlDhvXNWN

How many RT’s for Brad Marchand’s filthy shootout attempt? 🔥😩 pic.twitter.com/vlqGs4Hs3C

*Travis Konecny scores in the shootout*

Marchand: Hope I don’t blow this.

Forget the Rage Room and all the other money making schemes, if the Flyers leave Marchand’s puck there, I’ll pay $20 at the Carnival to lay next to it for a picture @NHLFlyers @BroadStBull @billmeltzer @BroadStHockey @NBCSFlyers @nufced pic.twitter.com/DEaXbkmP0L

damn the nhl puck tracker on that marchand shootout attempt must have been like pic.twitter.com/fVY4bfUFJS

Saw Marchand’s reaction to fucking up his shootout attempt and it’s very familiar from when he caused the Bruins to lose the Stanley Cup. pic.twitter.com/Ouz2Xs3ujB

I haven’t lived a perfect life and I know that but when Brad Marchand screws up in a hilarious way a bunch of strangers all immediately @ me so I must be doing something right.

Man I was having kind of a blah day. Then I saw that Brad Marchand shootout attempt and things are looking up

Brad Marchand’s shootout attempt was the biggest Bruins whiff since the 2015 NHL Draft.

Carter Hart vs Marchand in the shootout pic.twitter.com/hkucM73Ous

Watching Brad Marchand over skate the puck to give the Flyers a shootout win: pic.twitter.com/bnRHDB1Q7S

If I see this Marchand shoot out attempt video one more time pic.twitter.com/yAJTkT84FA