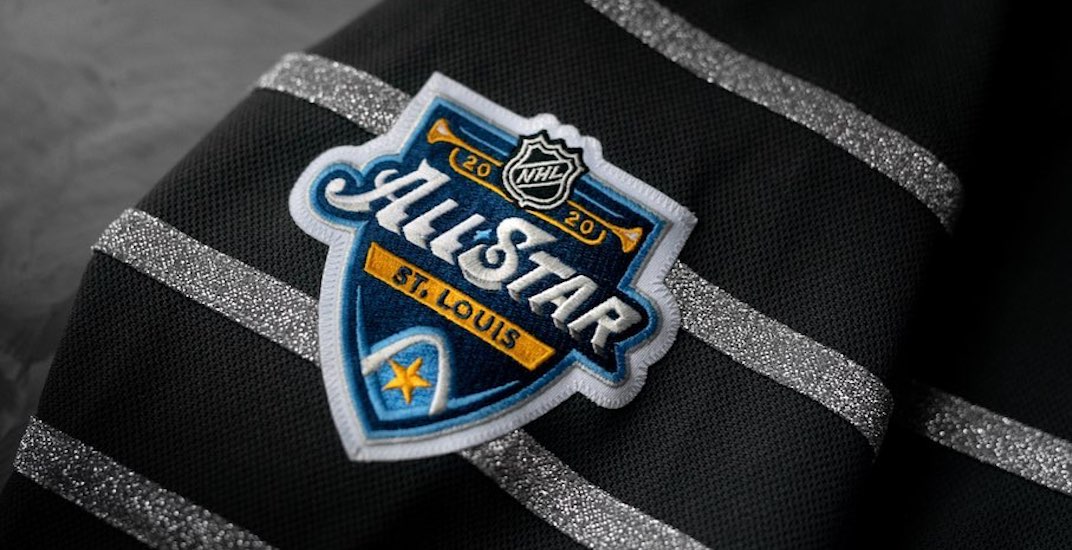 Colour will once again be in short supply at the 2020 NHL All-Star Game.

The league revealed the uniforms that will be featured at this year’s All-Star Game, hosted in St. Louis on January 25.

Like last year, the uniforms will be mostly devoid of colour, as the NHL goes with a dark grey, white, and silver look on the Adidas-made jerseys. Similar to last year’s black, white, and grey uniforms, the key difference this year is that the logo on the front of each jersey will have a splash of one singular colour.

For the second year in a row, the NHL shield is gone from the front of the jersey, being replaced by a logo from each player’s club team.

“This year’s jerseys pioneer a revolutionary look by pulling design inspiration from the league’s 31 teams and fusing those elements with the renowned musical scene from the game’s host city,” the NHL announced in a media release.

The striping on the jerseys mimics a musical staff along the front and sleeves, in honour of the Blues as the host team, while stitching elements are in silver, inspired by the Gateway Arch.

This year’s All Star-Game will once again be a three-on-three tournament, with players representing the league’s four divisions. The “home” team will wear grey, while visitors will wear white.

Here’s a look at the current rosters, with one player still to be added to each team via the “Last Men In” fan vote.