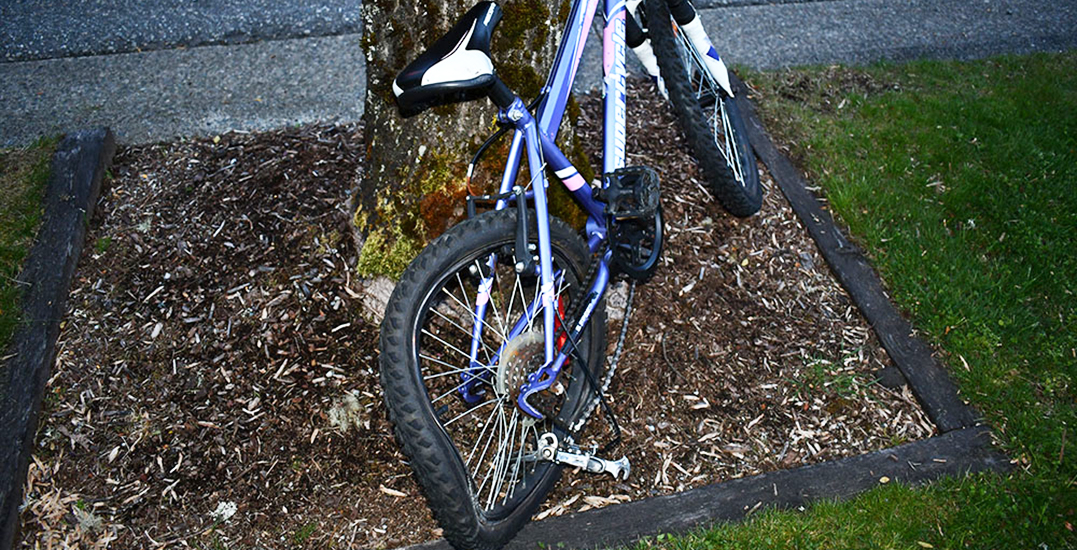 A 10-year-old boy who was involved in a crash last week is now recovering at home.

The incident took place last Thursday, just after 6 pm, at the intersection of Parkway Boulevard and Forestridge Place. The child was riding his bike when he was involved in a crash with an oncoming car, which has since been identified as a black Infinity QX60. 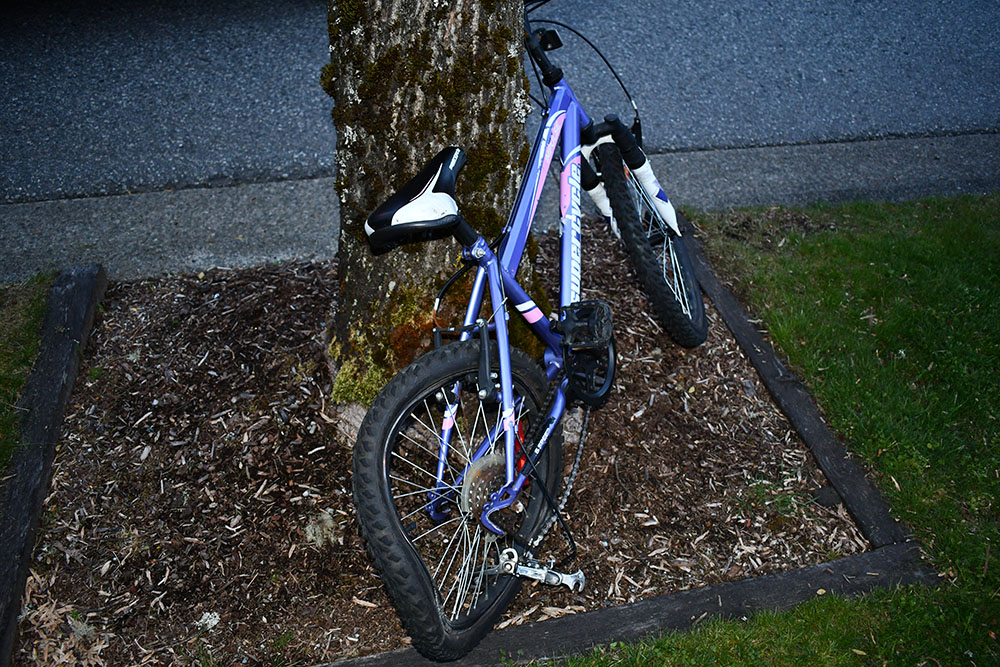 The broken bicycle involved in a collision on April 30. (Coquitlam RCMP)

Despite suffering serious injuries and being in critical condition, RCMP said in a statement that his condition “has improved significantly in the days since.”

Police also add that the driver involved has been cooperative and that there’s “no initial indication” of impairment or excessive speed being contributing factors.

The call for witnesses still remains, however, as investigators work to determine the cause of the crash.

If anybody saw anything or has security video that showed the moments before the crash, please call our non-emergency number at 604-945-1550, says Corporal Michael McLaughlin.

We’re asking all parents to ensure their children wear proper safety gear and know the rules of the road- even in a quiet neighbourhood. Drivers should remember that quiet roads probably have children nearby.

No arrests or charges have been made at this point, although the processing of vehicle data and expert reports is “expected to take months.”