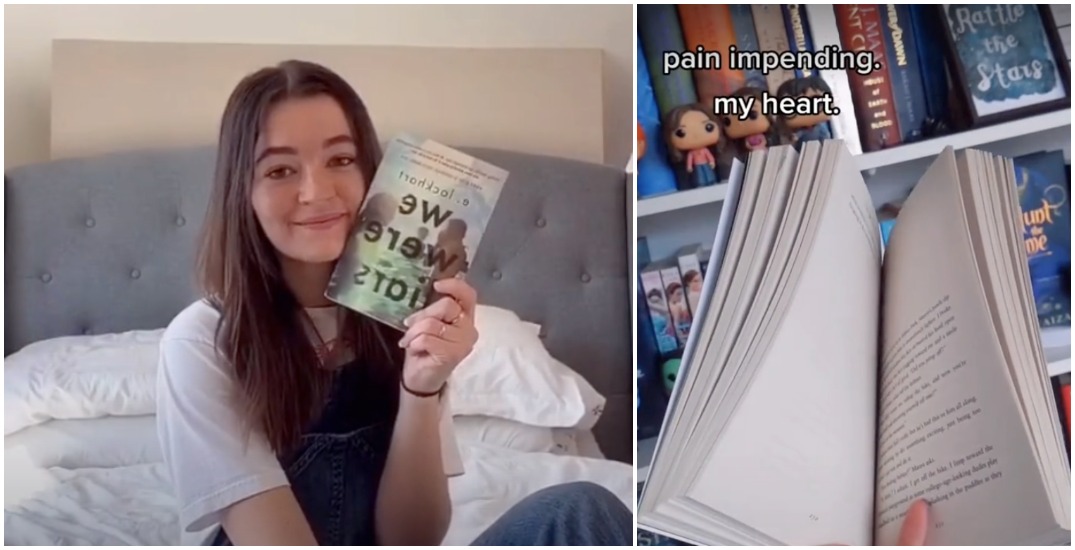 I have to admit, I’m new to TikTok, and it was my love of books that pushed me to sign up.

I’ve chirped about books on Twitter and been around the block on #bookstagram, so I recently took to TikTok to see what all the buzz was about.

Turns out, like the “Bookstagram” community, there’s a whole gathering of book-loving folks just like myself sharing this season’s must-reads on the action-packed social network.

So, it wasn’t Facebook, Twitter, or Instagram that made me pick up my latest book. It was TikTok, and the #BookTok hashtag, with its 14 billion views, to be specific.

Without further ticking and talking about it, here are this season’s most talked about books on TikTok.

An unforgettable and absolute must-read LGBTQ2+ novel centred around the character of Alex Claremont-Diaz, the First Son of the United States, and his relationship with Prince Henry, a British prince.

The Song of Achilles by Madeline Miller

If historical fiction with a sprinkling of fantasy is your thing then this book was written for you! Penned by high school teacher, Madeline Miller, The Song of Achilles will captivate you from cover to cover.

The Seven Husbands of Evelyn Hugo by Taylor Jenkins Reid

I can’t get enough of Taylor Jenkins Reid these days. While Malibu Rising is definitely the book of the summer, The Seven Husbands of Evelyn Hugo has been holding us captive since its release four years ago. It tells the story of the fictional Old Hollywood star Evelyn Hugo, who at the age of 79 decides to give a final interview to an unknown journalist, Monique Grant.

The Invisible Life of Addie LaRue by V. E. Schwab

Starting in France in 1714, The Invisible Life of Addie LaRue is about a young woman who makes a bargain to live forever but is cursed to be forgotten by everyone she meets. Everything changes for Addie when nearly 300 years later she comes across a man who remembers her name.

They Both Die at the End by Adam Silvera

I absolutely loved this YA book by Adam Silvera. They Both Die at the End centres around two young men, Matteo Torrez and Rufus Emeterio. The novel opens with the two receiving calls from Death Cast telling them that today will be their last day on earth. They don’t know how, when, or why, but they do know they must make every minute count today.

We Were Liars by E. Lockhart

Critically acclaimed We Were Liars came out in 2014 but is totally trending right now on TikTok. This Young Adult mystery novel is centred on the wealthy and seemingly perfect Sinclair family, who spend every summer sitting gathered on their private island. This book will have you well within its grips from the opening pages.

These Violent Delights by Chloe Gong

An instant New York Times Bestseller, These Violent Delights is set in 1926 in Shanghai. A bloody feud between two gangs runs the streets red, leaving the city helpless in the grip of chaos. At the centre of it all is eighteen-year-old Juliette Cai, a former flapper who has returned to assume her role as the proud heir of the Scarlet Gang.

Shadow and Bone by Leigh Bardugo

The latest trilogy that has everyone absolutely hooked, line and sinker. Shadow and Bone is a hard-to put-down fantasy novel that centres around a girl named Alina Starkov. When her regiment is attacked on the Fold and her best friend is brutally injured, Alina reveals a dormant power that saves his life—a power that could be the key to setting her war-ravaged country free.

The word life-changing is overused when it comes to books, but I don’t use it lightly when it comes to this one. Atomic Habits by James Clear isn’t just another self-help book, it’s an insightful, practical, and incredibly useful book that will guide you to change your habits, and ultimately, change your life. Can’t recommend this book enough.

From Blood and Ash by Jennifer L. Armentrout

Written by #1 New York Times Bestselling author Jennifer L. Armentrout, From Blood and Ash is the latest romantic fantasy novel that’s captivating the hearts of all the #BookTok accounts on TikTok. Action-packed and addictive, you won’t be able to put this one down. Armentrout’s newest book, A Shadow in the Ember, is coming soon, too!