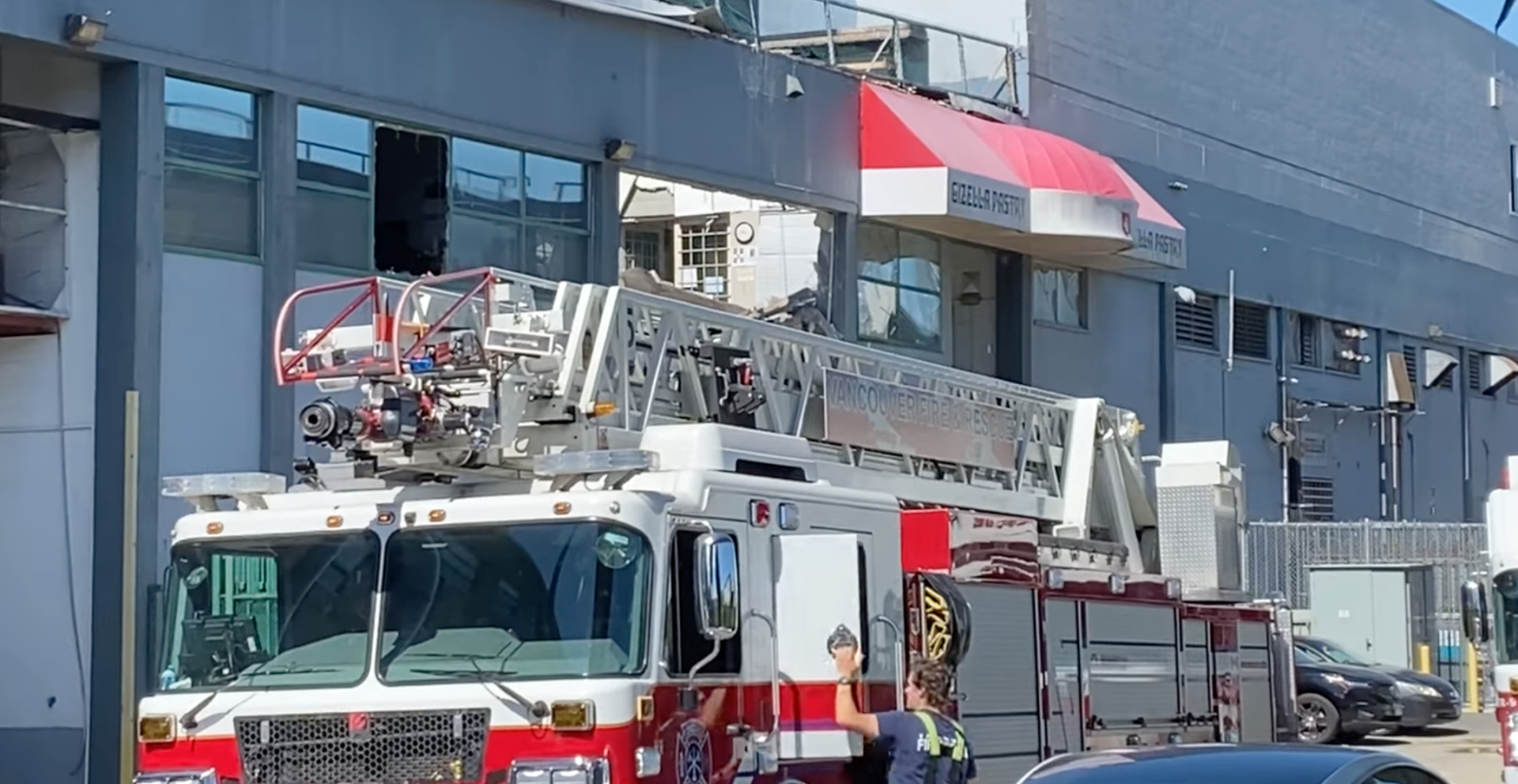 Vancouver firefighters found a man’s body in an an East Vancouver building Friday afternoon after the roof collapsed on him while he was working.

Crews searched for the man for 28 hours straight after the building’s rooftop parking lot caved in on Thursday. Work was being done on the roof using heavy machinery at the time, firefighters told Daily Hive. 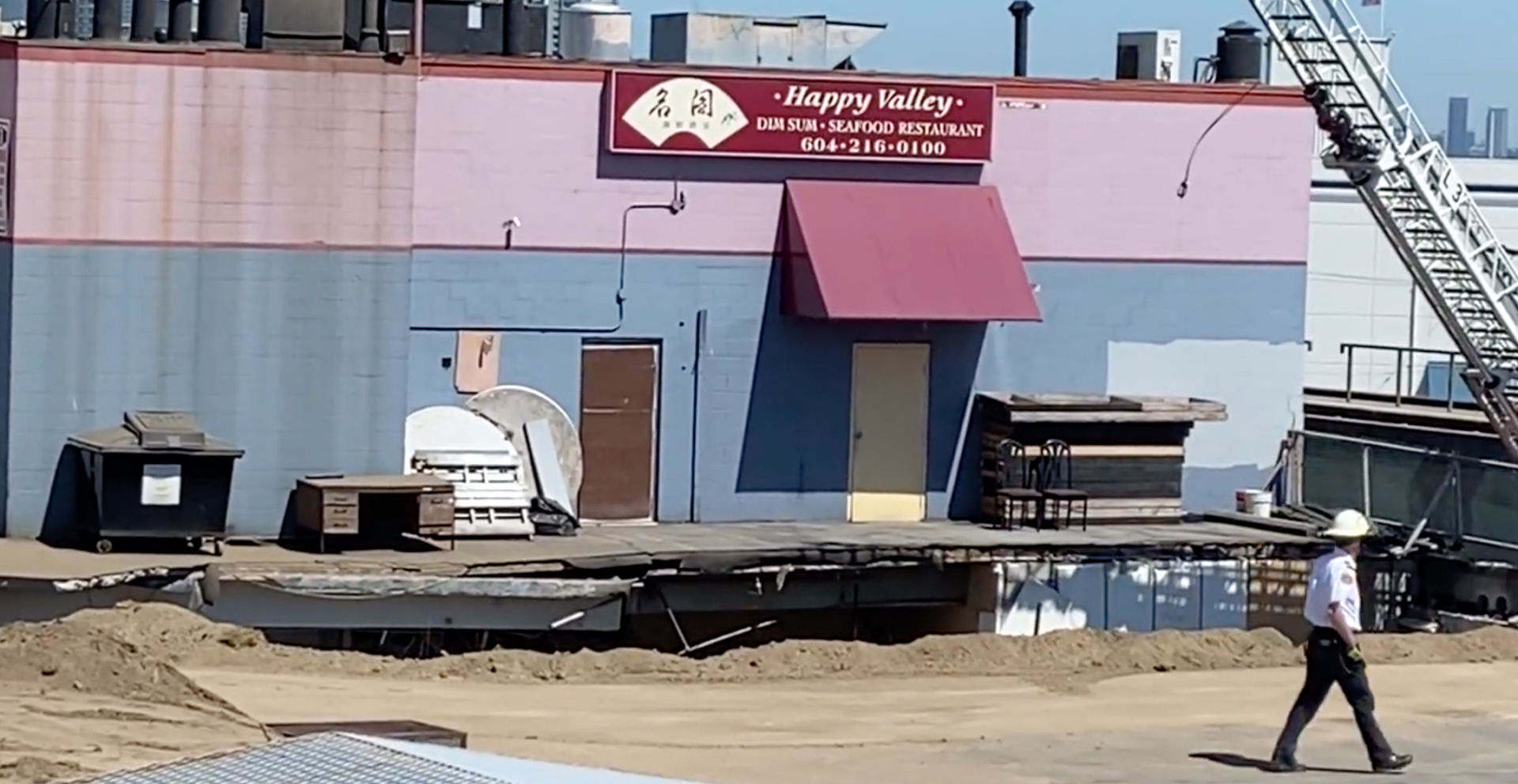 The rooftop parking lot of the building collapsed on July 14, 2022. (Shirley McLean/Facebook)

The building on Lougheed Highway housed a bakery below, according to witness Shirley McLean who evacuated from her office next door. A sign for Gizella Bakery can be seen in her videos

The parking lot/roof next to my office on Lougheed Hwy collapsed at Gizella Bakery. Reports from the ground say one or a couple people are unaccounted for. pic.twitter.com/shrleBps1n

Firefighters say approximately 90 people were working at the time of the collapse — and most of them got out safely.

Eight people had to be rescued and two people were taken to hospital by ambulance.

Once everyone was out, it became clear one person who was working was unaccounted for — and rescuers began searching.

“After 28 hours tragic news as [we] recovered the body of the missing worker from the roof collapse,” Vancouver Fire Chief Karen Fry tweeted. “Our thoughts now shift to his family, friends and coworkers as they deal with this tragedy.”

After 28 hours tragic news as @VanFireRescue @CANTF1 recovered the body of the missing worker from the roof collapse.

Our thoughts now shift to his family, friends and coworkers as they deal with this tragedy.@VancouverPD @WorkSafeBC @bcehs @EComm911_info

The scene has been turned over to Vancouver police and WorkSafe BC for an investigation into what happened.