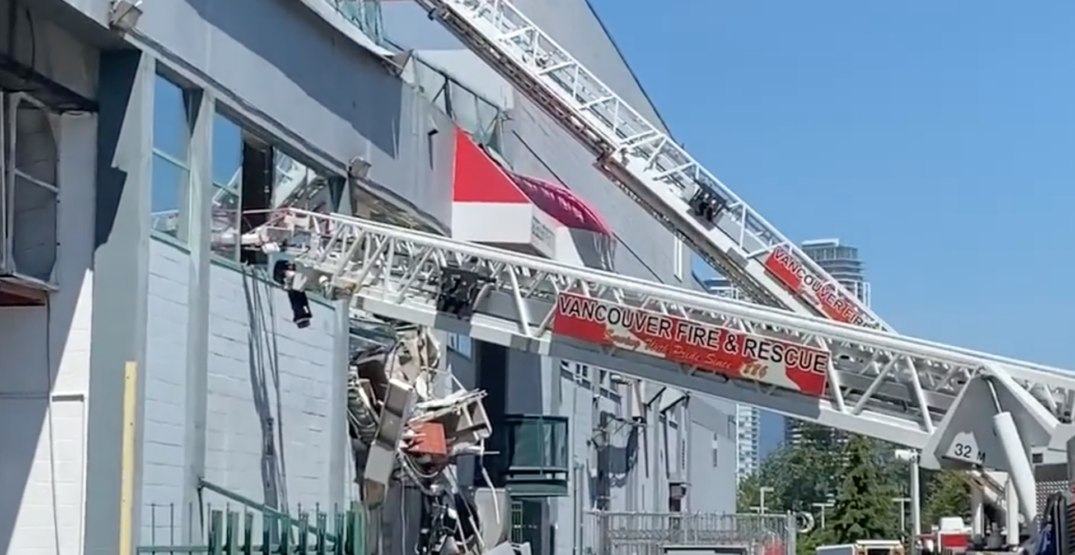 Two people have been taken to hospital after a building’s rooftop parking deck apparently collapsed into an office Thursday afternoon.

A video on Twitter shows the destruction of the building after the apparent collapse. Witness Shirley Mclean said the incident occurred near her office.

The parking lot/roof next to my office on Lougheed Hwy collapsed at Gizella Bakery. Reports from the ground say one or a couple people are unaccounted for. pic.twitter.com/shrleBps1n

BCEHS received a call about the incident a little after 1 pm.

Daily Hive has reached out to Vancouver Fire Rescue Service for more information.