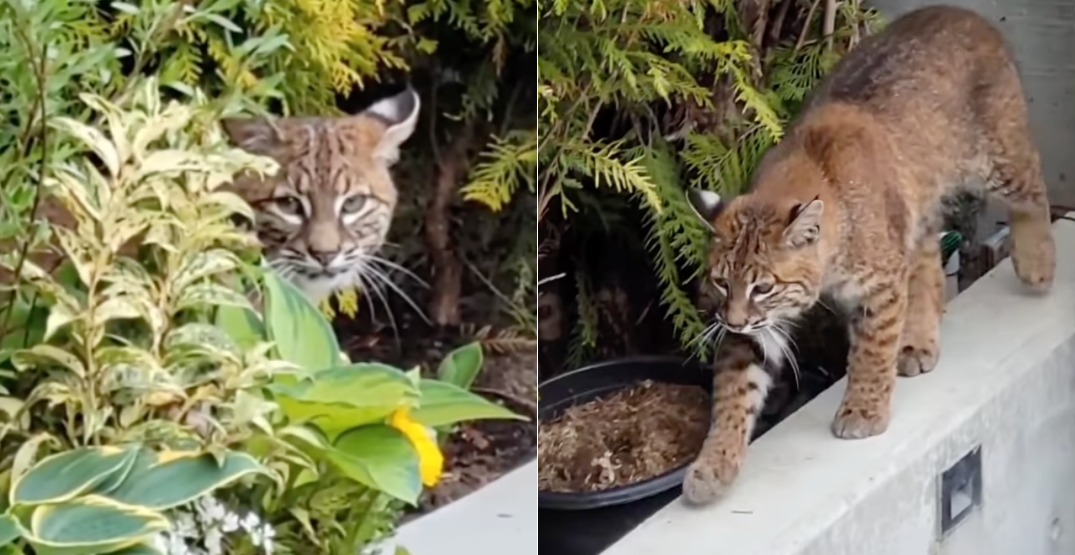 One West Vancouver resident was caught by surprise when she spotted a wild bobcat in her backyard recently.

And this large cat was quite striking, with gorgeous, fluffy ears and black-lined eyes.

Ashlea Spitz saw the fuzzy feline on April 30, around 4:30 pm, she told Daily Hive Vancouver. Her backyard is near Brother’s Creek, around Chartwell Drive and Cross Creek Road.

“I didn’t even know they lived around here,” she said. “It’s very rare.” 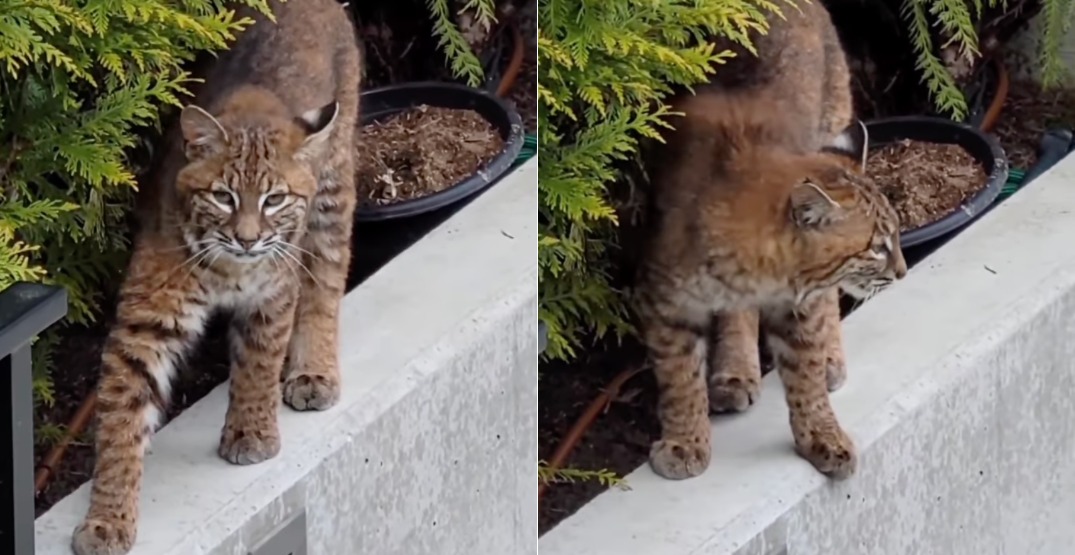 It paced back and forth around the garden before slinking towards the driveway and out of view.

Eager to share her spectacular sighting, the local who saw it shared a video on Instagram, prompting animal lovers to weigh in through the comments.

“That could be the one from our yard,” another Instagram user said.

“Just down on Taylor Way around the same, scared us straight when it came while we were sitting outside. It was actually chasing a squirrel up a tree.”

The person who originally posted the video responded, saying, “Yes, they must have a den nearby. We had the remnants of a torn-up bird on our patio a few weeks ago and now I think this guy was the culprit!” 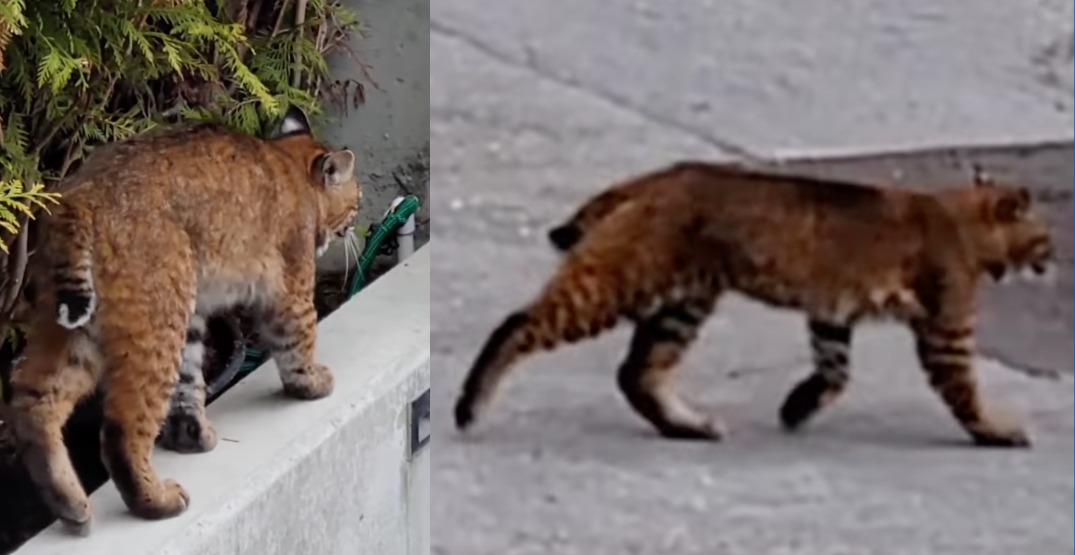 Another commenter was worried about what the presence of the bobcat might mean for habitat and food scarcity for the critters.

“Poor little thing. There are more and more people in the world and less and less places for wildlife to live,” they said, while others expressed only excitement.

Someone else commented, “Wow, so lucky!”

You can learn more about how to respond to and report wildlife on the City of Vancouver’s website.

Unsure of what to do about an animal sighting? Contact the BC Conservation Officer Service.