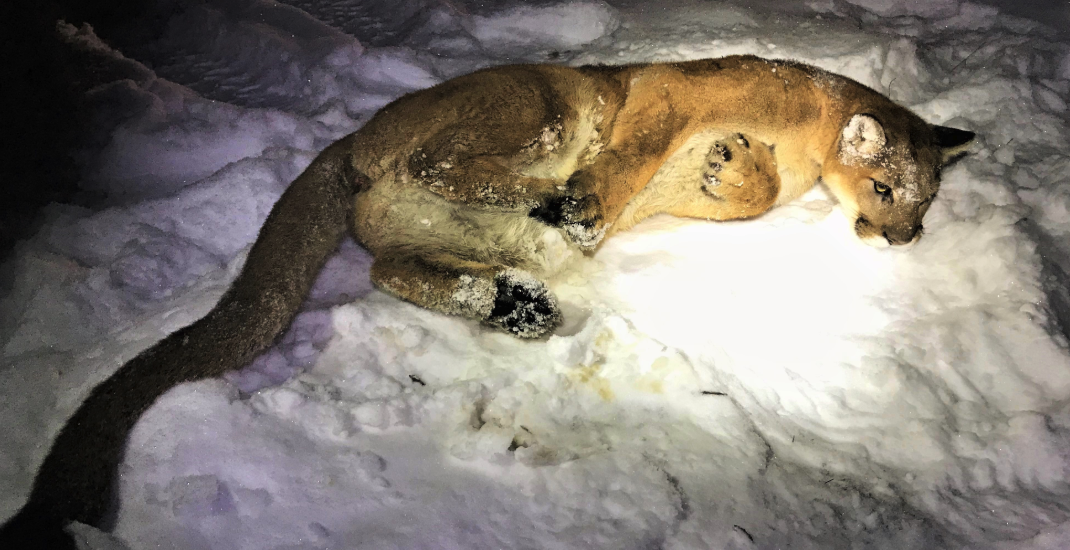 The BC Conservation Service (BC COS) helped free a cougar they say was “unintentionally” trapped earlier this week.

On Twitter, the BC COS posted a picture of the young female cougar that was caught in a trap in the Williams Lake area on December 9.

#BCCOS safely released & relocated a cougar which was unintentionally caught in a trap in the Williams Lake area last night. The young female cougar was tranquilized & taken a short distance away. CO’s stayed on site to ensure the cougar safely recovered & watched it walk away. pic.twitter.com/G12vQhAYhc

The cougar was tranquillized prior to being freed and relocated to an area a short distance away from the trap.

BC COS says conservation officers stayed on-site to ensure the cougar safely recovered, and watched it walk away.

The Wildlife Defence League — BC-based grassroots non-profit society, dedicated to wildlife protection and conservation — also tweeted about the BC COS’s efforts noting that it was a “great outcome” for the cougar.

A great outcome for this young female mountain lion caught in a trap! https://t.co/Cve3mTvxu1

The organization’s ongoing campaign, known as the Wild Cat Project, works to protect the habitat’s of BC’s cougars, lynx, and bobcat and their habitats.

“Wild cats face numerous conservation challenges in a changing world, including the effects of climate change, human expansion, hunting, trapping and habitat destruction,” said the Defence League on its website.

The group uses a combination of fieldwork, advocacy, education, and outreach to ensure these wild cats are protected for future generations.