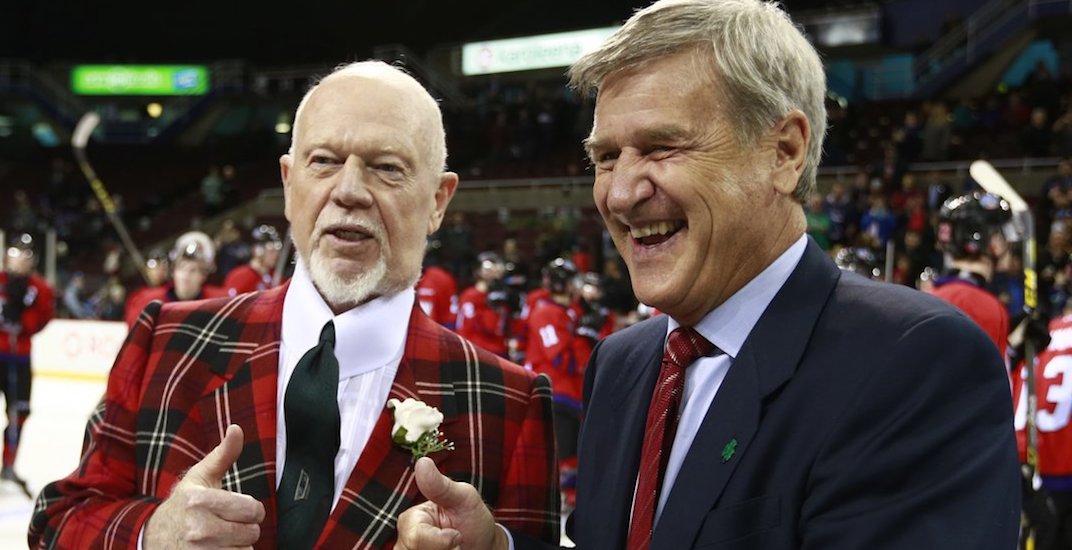 One of the greatest hockey players of all-time has come to the defence of Don Cherry.

“I know Grapes better than anybody,” said Orr. “He’s not a bigot and he’s not a racist. This guy is the most generous caring guy that I know. What they’ve done to him up there is disgraceful, it really is.”

“He’s going to be fine,” the 71-year-old Hall of Famer said, adding that he talks to Cherry every day.

“He is getting some wonderful support, he really is. He’s hurt, but he’s going to be fine.”

Orr’s support is in contrast to Ron MacLean’s comments last Sunday on Hometown Hockey, where he apologized for allowing Cherry’s comments to go unchallenged.

“Don Cherry made remarks that were hurtful, discriminatory, which were flat out wrong,” MacLean said, later saying on social media that it was “a divisive moment.”

When asked about MacLean in an interview with Newstalk 1010 radio in Toronto, Cherry said: “The only thing I can say about that is I’m disappointed. I think anybody that knew Ron was disappointed and that’s all I’ll say about that,” before adding that he still considers him a friend.

@simmonssteve it's Ron Steve…not leaving Saturdays. That rumble likely comes from ideas early on I shared in processing everything.

Contrary to rumours, MacLean confirmed he will not be leaving Hockey Night in Canada — something he clarified in a tweet on Friday. It remains to be seen what Sportsnet will do during the usual Coach’s Corner time slot in the first intermission though.