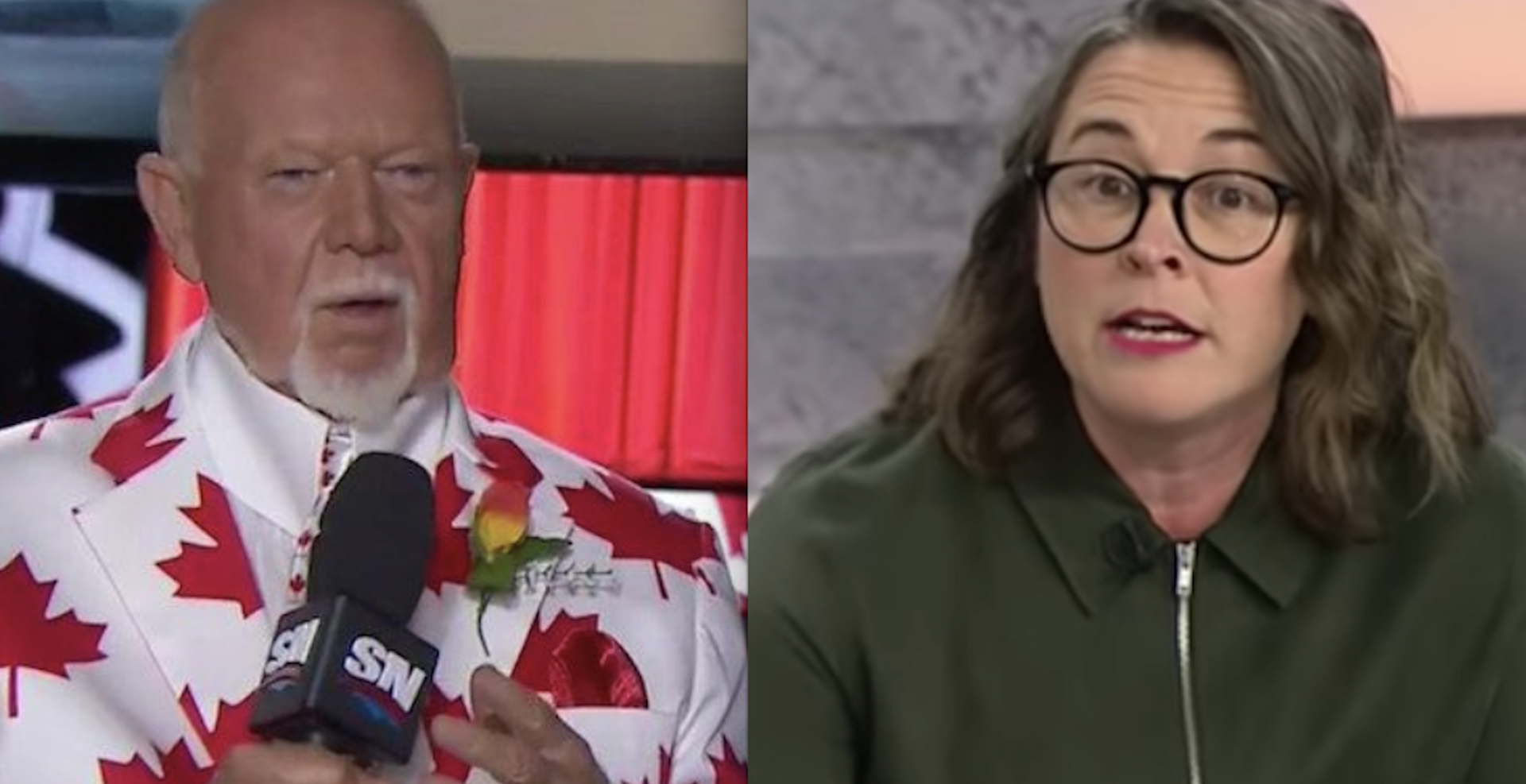 The Canadian Broadcast Standards Council (CBSC) has been overwhelmed by complaints about CTV’s The Social host Jessica Allen’s comments about hockey players being “white boys” who “weren’t that nice.”

Allen was responding to Sportnet’s decision to fire host Don Cherry from Hockey Night in Canada after he made xenophobic remarks about immigrants not buying poppies for Remembrance Day.

In the November 12 segment, Allen shared her thoughts on why Cherry’s firing resulted in strong reactions from Canadians.

“I think it struck a nerve because I’m told he’s a Canadian icon and he’s a symbol of the great sport of hockey which is the sport that unites us across the country. And that narrative is the one that strikes a nerve with me because I don’t worship at the altar of hockey. I never have,” she said.

“There’s a certain type of person in my mind and in my experience who does. And they all tended to be white boys who weren’t let’s say weren’t very nice. They were not generally thoughtful. They were often bullies. Their parents were able to afford to put them … you know spend $5,000 a year on minor hockey,” she continued.

“And for me, Don Cherry is the walking and talking representative of that type. And he’s a type of person that … and I know he’s done good things. But at the same time when someone good is also able to make fun of people who believe in climate science. Who is also able to be like, whether he’s charming or not, but he’s still a bigot and a misogynist. You know to have those two things like, I dismiss those people.”

The full clip of Allen’s comments start at 0:34.

Allen’s remarks resulted in a wave of criticism on social media, and the hashtag #FireJessicaAllen began trending on Twitter in Canada.

Here #firejessicaallen is my 13 year old hockey playing/loving son. He is the most caring kid and hockey has taught him to be involved in the community. He has cooked meals at Ronald McDonald house and sorted food at share a meal . He is not an asshole. pic.twitter.com/VjAicbtMu0

“They all tended to be white boys, who weren’t very nice, they weren’t very thoughtful they were often bullies, their parents were able to afford to spend $5000 a year on minor hockey. You could do other things than spend time in an arena.” #FireJessAllen #FireJessicaAllen 🏒🥅 pic.twitter.com/TVxRYlj5WZ

@TheSocialCTV this kid wakes up at 6am goes to practice , goes to school , and works hard all for a game he loves , he has learned respect, discipline , teamwork, how to deal with a let down, he has made some of his best friends through the sport #firejessicaallen pic.twitter.com/IUUBEbN1b3

Hey #JessAllen #firejessicaallen #FireJessAllen Not all white, not even all boys. You owe everyone an apology.
You should try to get out more pic.twitter.com/NJKhmRTrlZ

The complaints went beyond Twitter. The CBSC says it has received “a large number of very similar complaints concerning comments made about hockey on CTV’s The Social on November 12, 2019.”

So many complaints that the federal agency isn’t taking any more.

The council says it is “now dealing with The Social under its normal process. As a result, no further complaints will be accepted by the CBSC on this issue.”

But it’s not just Jess Allen that Canadians are complaining about.

The CBSC says it also received a “large number of very similar comments” regarding Cherry’s comments on Hockey Night in Canada on November 9, and it will no longer be accepting complaints regarding that broadcast.

The council adds there have been a number of complaints sent in about Sportsnet’s decision to fire Cherry but is reminding Canadians that it “was not involved in that decision.”

“The CBSC has no jurisdiction over the employment or operations matters of its member stations, nor can it require a station to remove an on-air host,” stated the council.

Allen clarified her comments on the November 13 episode of The Social stating that she was only speaking about her “lived experiences” with hockey players.

“I wish these experiences didn’t happen and they in no way negate all the positive experiences millions in this country have had including my stepdad who watched every Leafs game, sometimes twice,” she said.

“Rest assured, hockey families, I wasn’t speaking about your sons and daughters, who I’m sure aren’t bullies and I’m sure love the game as much as you do,” Allen said.

“I was speaking about my own lived experiences, often negative experiences, with those who played the sport and how they’ve led to me being conflicted –really conflicted –about how hockey is so closely bound to our national identity.”