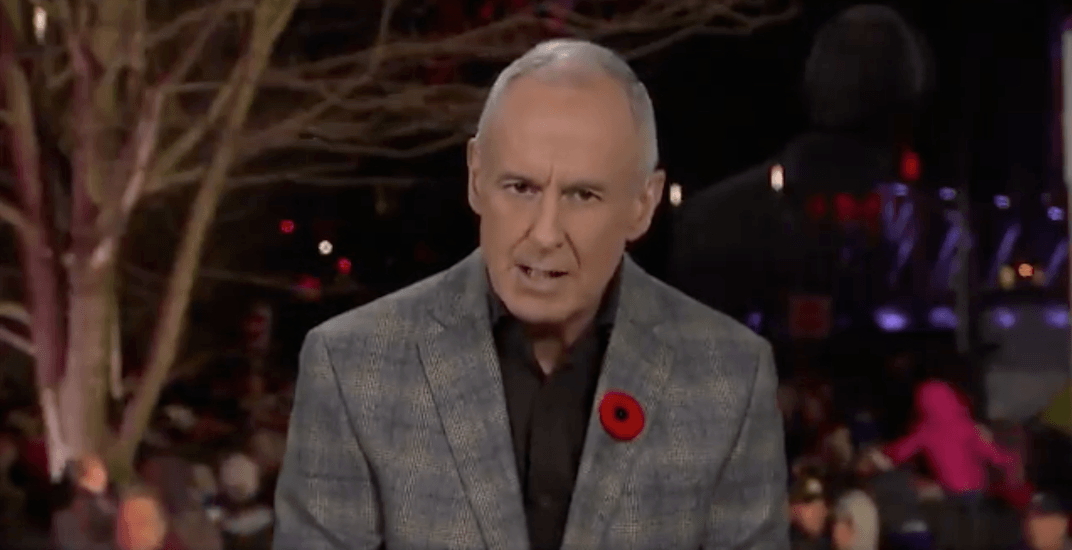 Don Cherry wasn’t the only broadcaster under fire for Saturday’s anti-immigrant comments during Hockey Night in Canada.

Ron MacLean, his friend and longtime Coach’s Corner sidekick, faced heavy criticism for being complicit in Cherry’s rant. Cherry has since been fired by Sportsnet for his comments.

Instead of fighting back, MacLean was seen nodding his head, and gave a thumbs up at the end of the segment.

“Don Cherry made remarks that were hurtful, discriminatory, which were flat out wrong. We at Sportsnet have apologized, it certainly doesn’t stand for what Sportsnet or Rogers represents. We know diversity is the strength of the country,” MacLean said during Sunday’s Hometown Hockey broadcast.

“I owe you an apology too. That’s the big thing that I want to emphasize. I sat there. Did not catch it, did not respond.”

“Last night was a really great lesson to Don and me. We were wrong and I sincerely apologize. I wanted to thank you for calling me and Don on that last night.”

MacLean also apologized on Twitter, calling Cherry’s comments “hurtful and prejudiced,” before adding that he should have handled himself differently.

“It was a divisive moment and I am truly upset with myself for allowing it,” he said.

I have worked with Don for 30 years, and we both love hockey. But last night, I know we failed you. I see hockey as part of what unites us. I have the honour of travelling across our country to celebrate Canada's game, and our diversity is one of our country's greatest strengths.