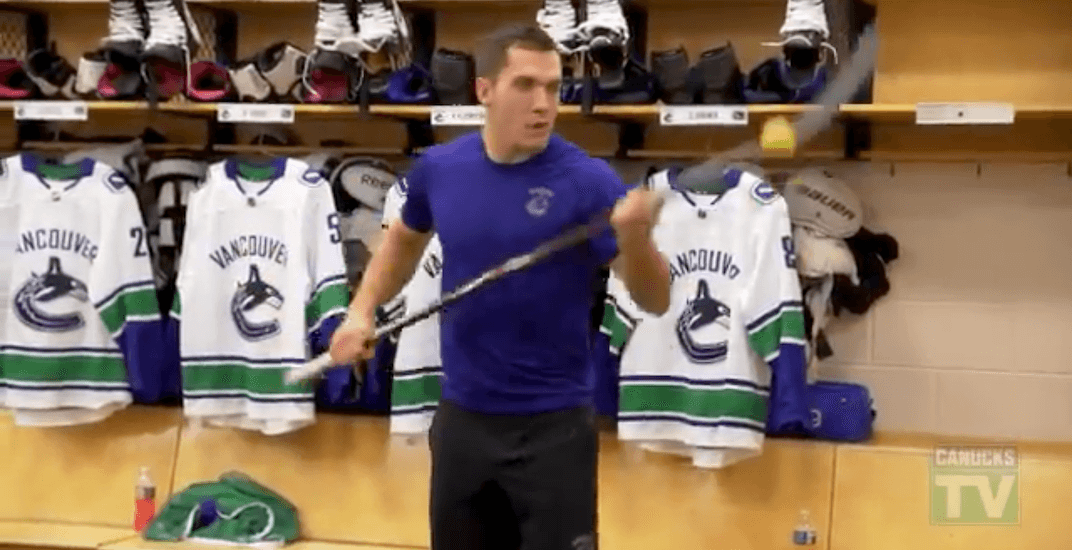 After a breakout season, Canucks fans were looking for Bo Horvat to take another step forward this year.

Horvat was rewarded with a new six-year contract this summer, worth $5.5 million per year, after leading the team in scoring. With the Sedins another year older, it was up to the 22-year-old to carry the team forward.

That’s no easy feat and it comes with a lot of pressure, but the early returns are looking pretty good.

Horvat is centring the team’s top line between Sven Baertschi and Brock Boeser. He has 16 points (8-8-16) in 21 games, and is on pace to better his career-highs at the quarter-poll. If he keeps this up, he’ll end up with 31 goals and 62 points.

Those are legit first-line numbers and would further increase the hoopla with a player that many regard as the team’s future captain.

If that doesn’t impress you, maybe the following video will.

Watch as Horvat warms up in the Canucks’ dressing room prior to Tuesday’s game in Philadelphia. He shows off some serious hand-eye coordination.

Watch as Horvat casually keeps a hockey ball in the air like he’s got it on a string: