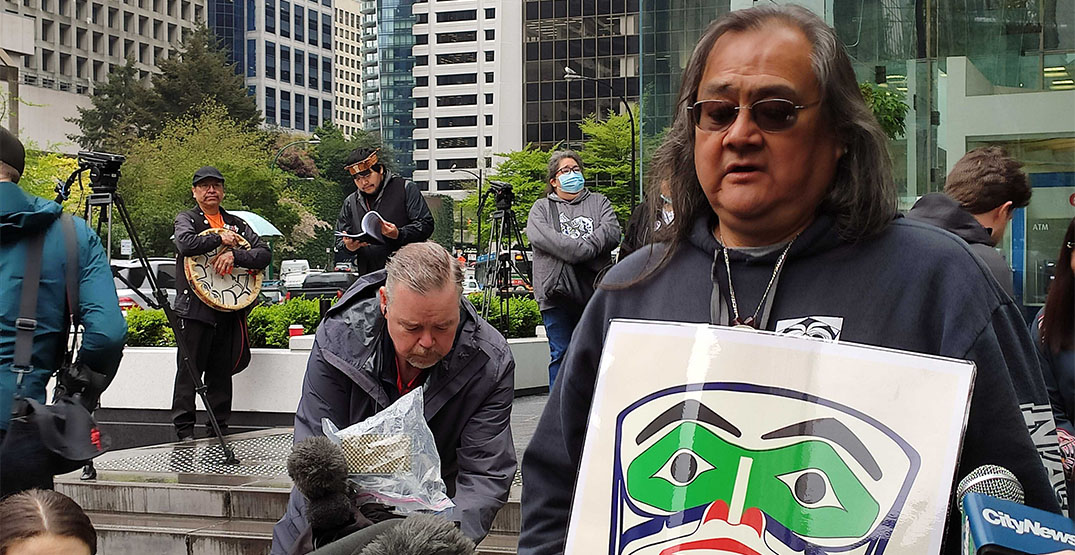 An Indigenous man and his granddaughter have settled a human rights complaint about an incident in 2019 where both were handcuffed at a Vancouver Bank of Montreal branch after staff thought their status cards were fraudulent.

Maxwell Johnson announced the settlement outside the BMO branch on Dunsmuir and Burrard Thursday, saying the agreement includes an undisclosed financial payment and bank staff participating in a private apology ceremony in Bella Bella, BC.

“I hope nobody else has to go through this,” Johnson said. “It’s been a very hard two years not only for myself but for my granddaughter and my son. Just want to say thanks to our Heiltsuk leaders, our teachers. I don’t think I would have made it this far without support.” 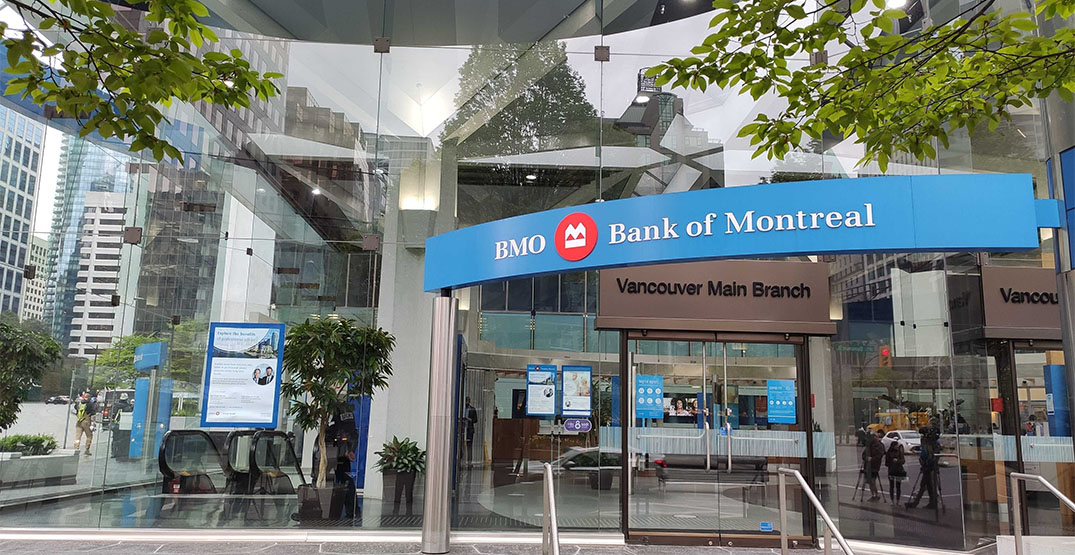 Johnson, who is an artist, is also gifting one of his pieces to BMO that will be displayed in the Burrard branch where the arrest took place. Johnson and his then-12-year-old granddaughter had the police called on them while trying to open an account for the child at the branch. Two Vancouver Police Department Officers were suspended for their actions in the incident.

As part of the settlement, BMO has also updated its internal policies for handling status cards and created an organization-wide education course. In addition, all BMO senior leadership staff in BC and Yukon will participate in a Heiltsuk cultural competency workshop.

“The Heiltsuk Nation could not be prouder of Max and his granddaughter for pursuing justice and making real and significant change in the fight against systemic racism,” Marilyn Slett, elected chief of the Heiltsuk Tribal Council, said in a news release.

At the event, Slett said this was just one step towards more necessary changes.

Johnson also said he hopes that the VPD better educates itself about First Nations.

“I’m just glad to be able to stand up for myself and my kids and grand kids,” he added.