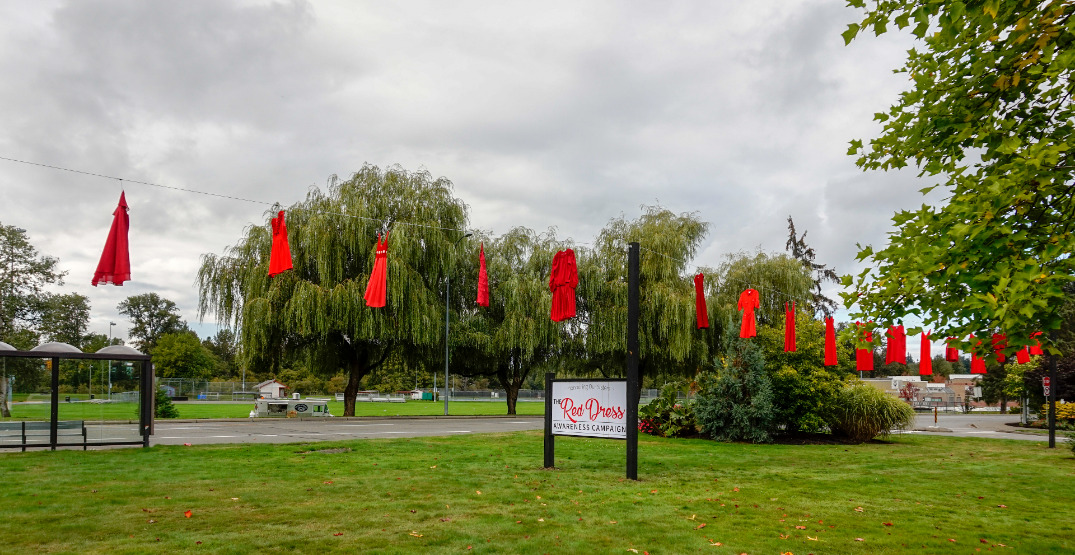 May 5 is the National Day of Awareness for Missing and Murdered Indigenous Women, Girls and Two-Spirit+ (MMIWG2S), and a red dress display and gathering is set to take place at Vancouver City Hall this Thursday.

The first event took place on May 5, 2010, and has since been held annually.

According to the Co-operative Housing Federation of BC, the day was “borne out of the ongoing art project called The REDress Project,” originally started by James Black, a Winnipeg-based Métis artist. The day is in honour and remembrance of the sisters and families of the MMIWG2S+.

The Pacific Association of First Nations Women will host the event.

Also attending the event will be the Indigenous Women’s Council and the City of Vancouver’s MMIWG2S+ Advisory Committee.

“On May 5th, we wear the colour RED, connecting our bloodlines and the sacred earth that grounds us. We will have a red dress display with speakers from families of MMIWG2S+,” reads the event page.

Special events have been planned around the red dress display at Vancouver City Hall, beginning with a welcome address from a member of the Musqueam Nation. There will also be a performance by JB the First Lady, guest speakers, and traditional dancers and drummers.

An open mic is also planned for the day.

The event page asks supporters to show their support online by “wearing red and posting a picture with the hashtags “NationalDayofAwareness, #MMIWG, #MMIWG2S, and #NoMoreStolenSisters.”

You can also watch a livestream of the event on Facebook.