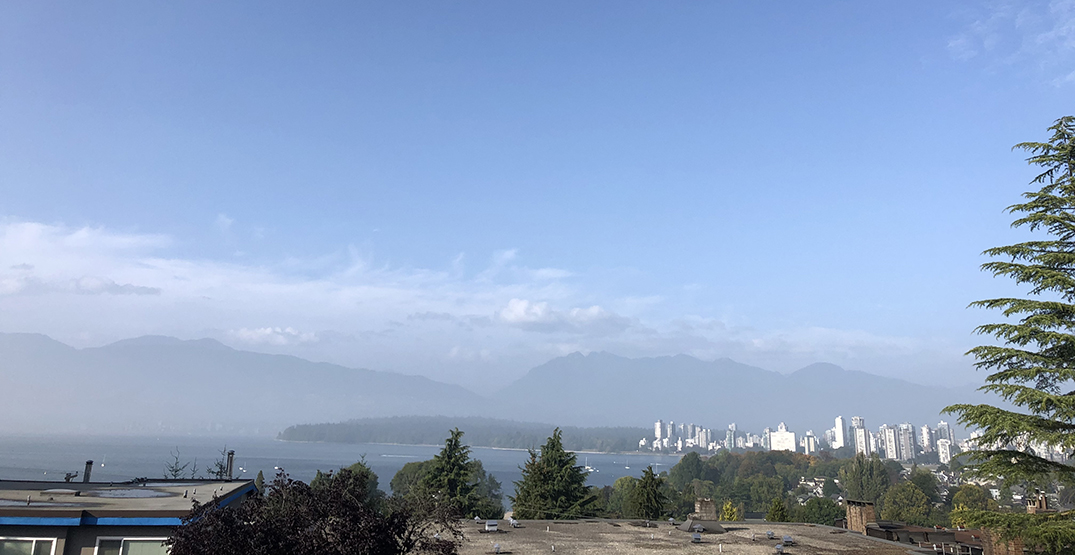 Wildfire smoke that’s been blanketing most of BC this week appeared a little lighter in Vancouver Tuesday afternoon when some residents caught a glimpse of the sky for the first time in days.

The smoke is from wildfires burning in California, Oregon, and Washington, and has made Metro Vancouver dark, chilly, and given the region dangerous air quality ratings.

The haze appeared slightly less thick Tuesday morning compared to Monday, and by Tuesday afternoon the sun was visible again in some parts of the city.

But we can see the mountains again for the first time in days, which is pretty exciting. 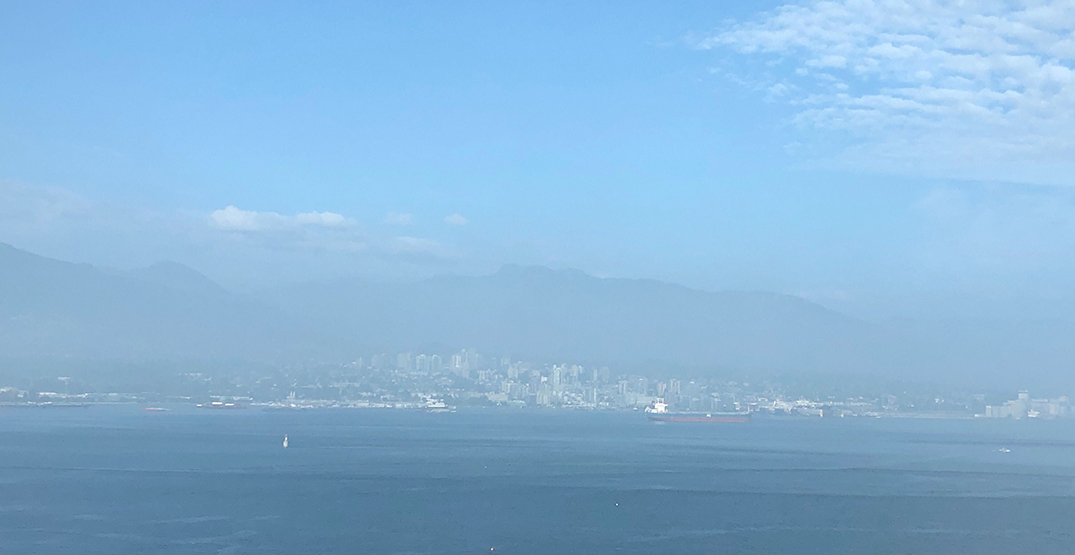 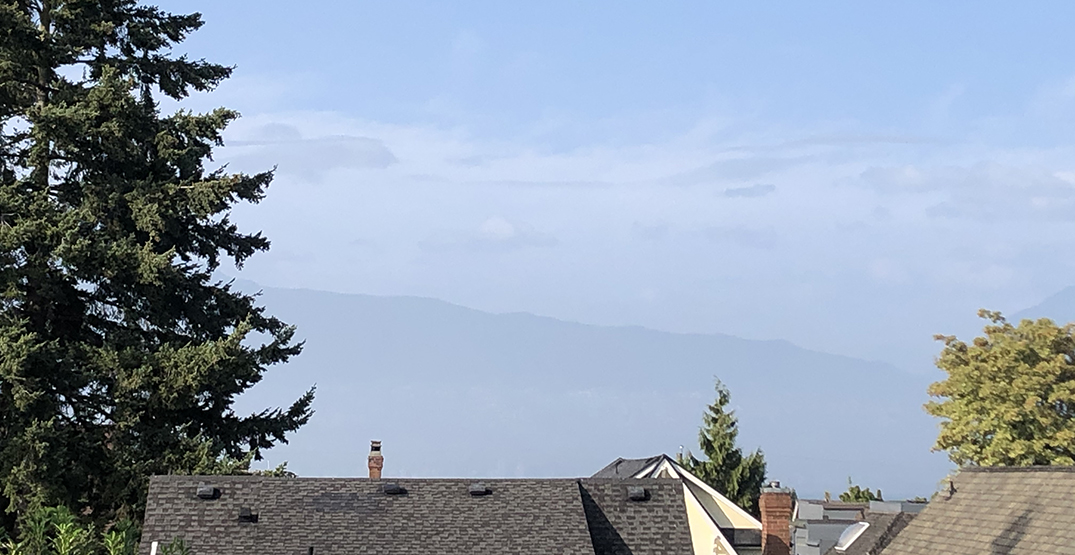 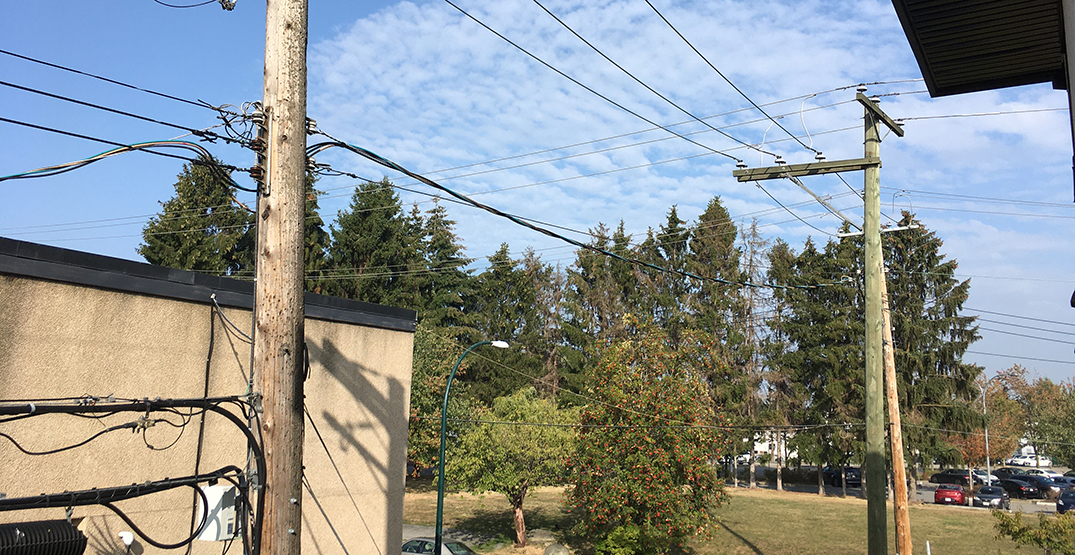 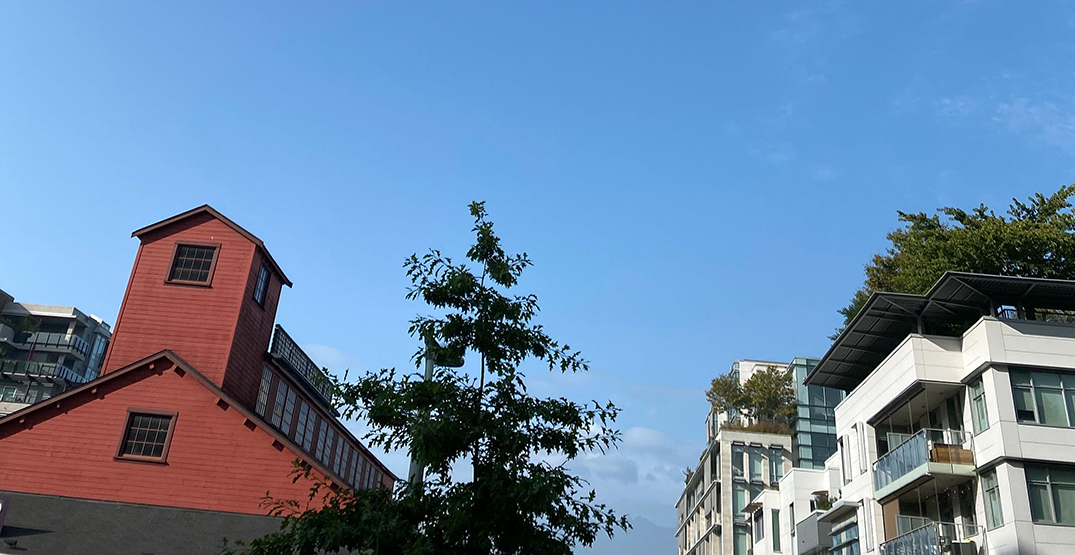 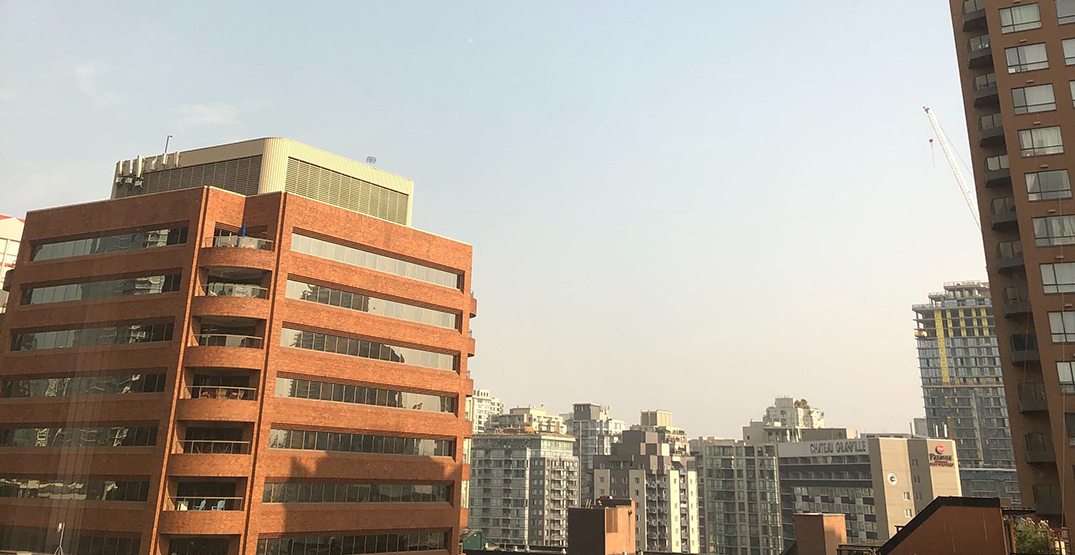 Blue sky in Vancouver! Hoping this is the end of the #BigSmoke2020 pic.twitter.com/OfXfb7DZOL

A local’s report: the smoke actually broke today. I can see blue sky for the first time in Vancouver since Fri. Still very hazy here, though. First picture was today. Second picture was taken Nov 2018. Basically taken from the same viewpoint in North Van. pic.twitter.com/v2fZrs94w3

“Air quality has improved slightly overnight but ground-level smoke still remains and is expected to remain through the week,” notes Environment Canada.

“A weather system forecast for Friday may bring further improvements in air quality through the weekend. Localised smoke concentrations may vary widely across the region as winds and temperatures change, and as wildfire behaviour changes.”