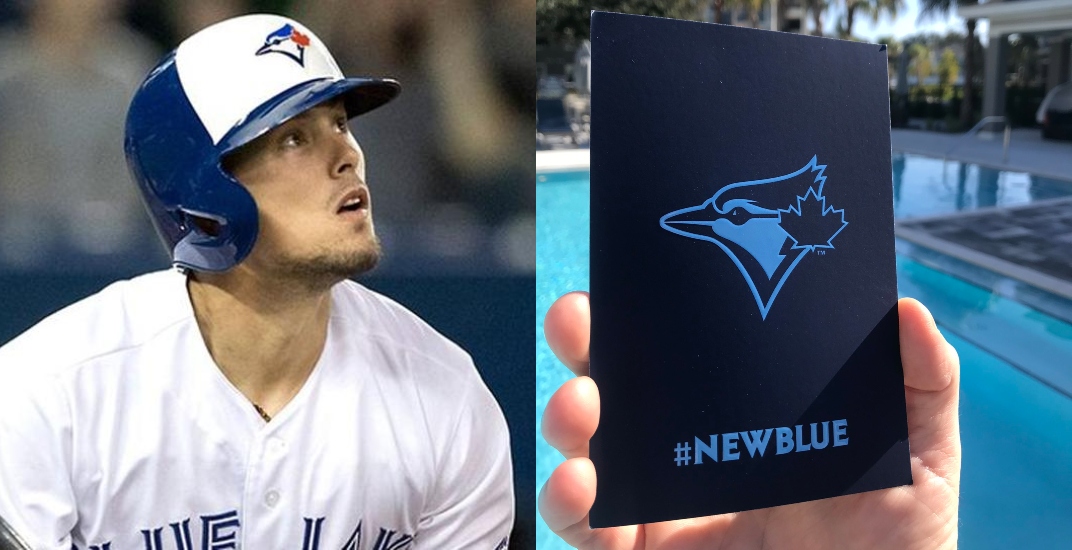 Back in December, the Toronto Blue Jays announced their biggest offseason acquisition — the addition of Hyun-Jin Ryu to a four-year, $80 million contract. Now the team is making another announcement, but this one is likely to be of the “new threads” variety.

MLB.com’s Keegan Matheson was one of the first to tweet out an image with a baseball that said: “New threads coming soon.”

#BlueJays announcement scheduled for the morning of January 18… pic.twitter.com/yFFa26mBsZ

A very nifty package arrived from the #BlueJays today. Saturday morning at #TBJWinterFest will have some news… pic.twitter.com/7nbRQpyPnQ

And then the Blue Jays released this video shortly thereafter, set to Marvin Gaye’s “Let’s get it on.”

Let's get it on at Winter Fest! #NEWBLUE

This all points towards a potential announcement about the club resurrecting their beloved powder blue uniforms from the Blue Jays’ uniform vault. The focus on the light blue in this promotional material hints towards a brand new uniform addition for the 2020 season.

What isn’t known at this point is whether the club is planning on resurrecting the powder blue pullover uniforms altogether, revamping and updating the old uniform set (like they did during the uniform refresh of 2011), or whether this involves multiple uniform changes.

"My favourite [#BlueJays jersey] ever, has gotta be the baby blues, the powder blues. I wish they brought those back soon.” – Marcus Stroman

A re-imagined look of how 👌 @MStrooo6 would look in powder blue. pic.twitter.com/6OKzSqbEIH

The Blue Jays’ uniforms have remained unchanged since November 2011, when they unveiled the latest uniform redesign. Aside from the addition of a white panel cap, the odd Canada Day uniform, and the Players’ Weekend uniforms, it’s been a decade since the Blue Jays last made a significant change to their uniform set.

With an official announcement expected at Rogers Centre this weekend, speculation has run rampant on social media.

All will be revealed later this weekend, but if this unveiling has anything to do with a new powder blue uniform for the Blue Jays, this announcement will make a lot of fans happy.