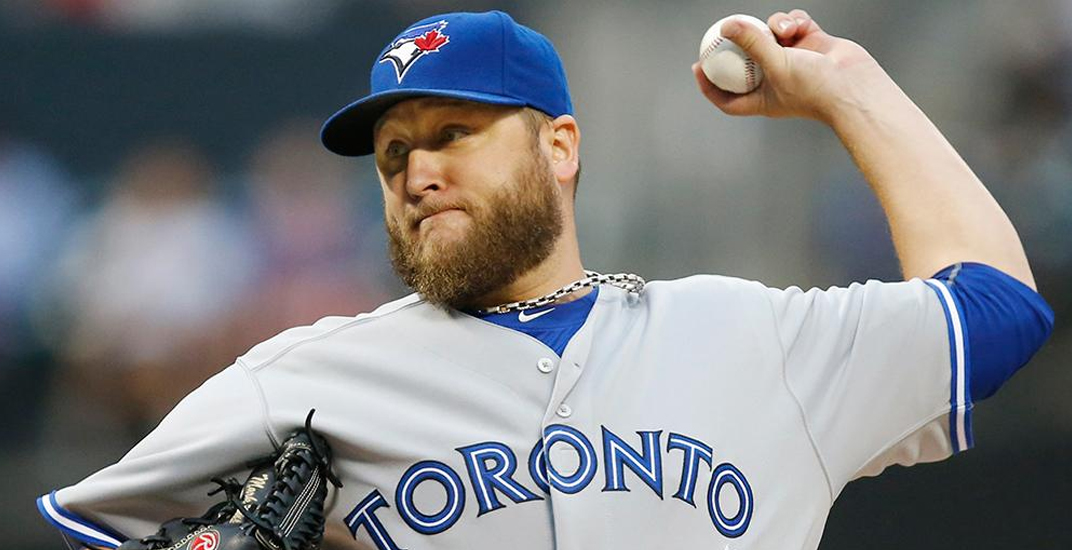 It was the trade that was supposed to elevate the Toronto Blue Jays into World Series contenders — and it also signified the beginning of a fire sale for the Miami Marlins. The infamous 12-player trade shocked the baseball world on November 14, 2012.

That transaction was designed to transform Toronto into a playoff contender, but a catastrophic 2013 season saw the team finish dead last in their division. Two years later, the Blue Jays basked in the bright lights of the playoffs — albeit, once most of the players from that blockbuster trade had vanished off the roster.

Seven years after the fateful trade, some new details have emerged about how this deal was transpired. Former Miami Marlins president David Samson gave listeners a peek behind the curtain during a recent episode of his podcast “Nothing Personal”.

Anatomy of a blockbuster… all the things you've ever wanted to know about the 2012 Marlins-Blue Jays trade, but were afraid to ask…

Inside the most upsetting trade I've ever had to do in my career: pic.twitter.com/YaGcrM5ZFc

Johnson and Alvarez failed their medicals

With a dozen players involved in a trade of this magnitude, it’s no surprise that a few members of the deal didn’t pass their physicals. However, what typically would be a stumbling block in most deals didn’t faze either team.

According to Samson, both Josh Johnson and Henderson Alvarez failed their separate physicals. Despite that, the teams went forward with the deal anyway, even though Johnson and Alvarez weren’t fully healthy.

As a result, Johnson was a wreck for the Blue Jays. He made 16 starts in 2013 and pitched to a 6.20 ERA. Bone spurs in his elbow sidelined him for half the season and he never pitched in the Major Leagues again.

Alvarez also missed half of the 2013 season, but his setback was due to a shoulder injury. He most notably threw a no-hitter for the Marlins in September 2013, but his career didn’t last much beyond the 2014 season.

The Marlins chose Nicolino over Syndergaard

In the winter of 2012, the Blue Jays had one of the richest farm systems in all of baseball. Headlined by the “Lansing Three” —  Noah Syndergaard, Aaron Sanchez, and Justin Nicolino — the Blue Jays boasted three of the best pitching prospects in baseball.

By the end of 2012, the club used a pair of those prospects as trade fodder for two of the biggest trades in franchise history. In retrospect, Syndergaard was the crown jewel of the trio of prospects, but the Marlins targeted Nicolino instead.

Samson mentioned the Blue Jays allowed the Marlins to select one of Toronto’s young pitching prospects and the Marlins opted for Nicolino over Syndergaard.

The Marlins front office leaked the news of the trade

The Marlins were a team motivated to shed payroll in 2012, so when there was a possibility of ridding themselves of two giant contracts, they didn’t want to risk their trade partner getting cold feet.

Samson said the Marlins leaked the news of the trade to the media, which immediately set the baseball world on fire. The Marlins believed getting the word out to the public would put pressure on the Blue Jays to pull the trigger on the deal.

This 12-player deal was about as complicated as a trade can get between two partners. Not only were there a dozen different players changing uniforms, there was also $4 million in cash going back to the Blue Jays.

When the teams initially submitted the trade for approval by commissioner Bud Selig, he denied the deal, citing that he was worried the Blue Jays were taking on too much salary in the trade.

In the public, it was believed the holdup on the trade was due to the Marlins “getting fleeced” by the Blue Jays and acquiring so many high-impact players. In reality, the commissioner was looking out for the well-being of the Blue Jays.

Ultimately, the Blue Jays took on over $163 million in guaranteed contracts, while the Marlins jettisoned their top two highest-paid players and lowered their payroll year-over-year from $118 million to $42 million.

Mark Buehrle wants nothing to do with David Samson

From a PR perspective, the Marlins organization looked like the fools in this deal. A year prior to this trade, the team signed Jose Reyes to a five-year, $106 million contract and Mark Buehrle to a four-year, $58 million contract.

One year later, the Marlins turned around and traded both players to Toronto. Both players signed in good faith to play in Miami, but it’s easy to see why both Reyes and Buehrle felt betrayed by the organization.

Especially in the case of Buehrle, who signed in Florida under the pretence that his beloved pit bulls were allowed in the state. That suddenly wasn’t the case when Buehrle found himself part of the Blue Jays, as Ontario prohibited pit bull ownership back in 2005.

Samson said that as a result of this trade, Buehrle won’t speak to the former Marlins president anymore. The two were in constant contact during Buehrle’s tenure in Miami, but it’s been radio silence since the fateful trade in November 2012.