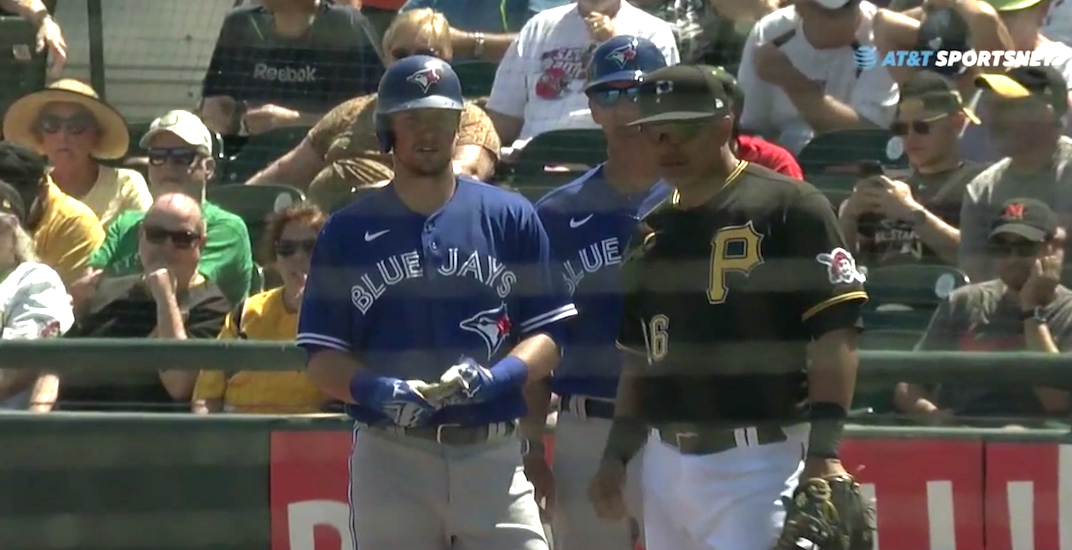 With leagues postponing games all over North America due to concerns regarding the coronavirus outbreak, Major League Baseball is continuing to play spring training games, at least for now.

Bo Bichette leading off with former #BlueJays and now #Pirates Luke Maile behind the plate. pic.twitter.com/1wUM1bOlKn

The Toronto Blue Jays are playing the Pittsburgh Pirates at this very moment at LECOM Park in Bradenton, Florida with fans in attendance. The game is one of five being played at this very moment in Florida, as MLB teams prepare for the start of the season, which looks like it will be delayed.

These games are being played on the same day that Florida Governor Ron DeSantis called for a ban on all mass gatherings in the state for the next 30 days.

After a conference call among owners this afternoon, Major League Baseball is expected to suspend spring training. The league likely will delay the beginning of the regular season as well. At this point, it's a formality that ownership-level sources expect to happen.

MLB is expected to suspend spring training, according to a report from ESPN’s Jeff Passan, so this may be the last game the Blue Jays play in a while.

The NBA decided to suspend its season last night, after one of their players tested positive for the virus. The NHL, MLS, and a number of other leagues have postponed play as well.