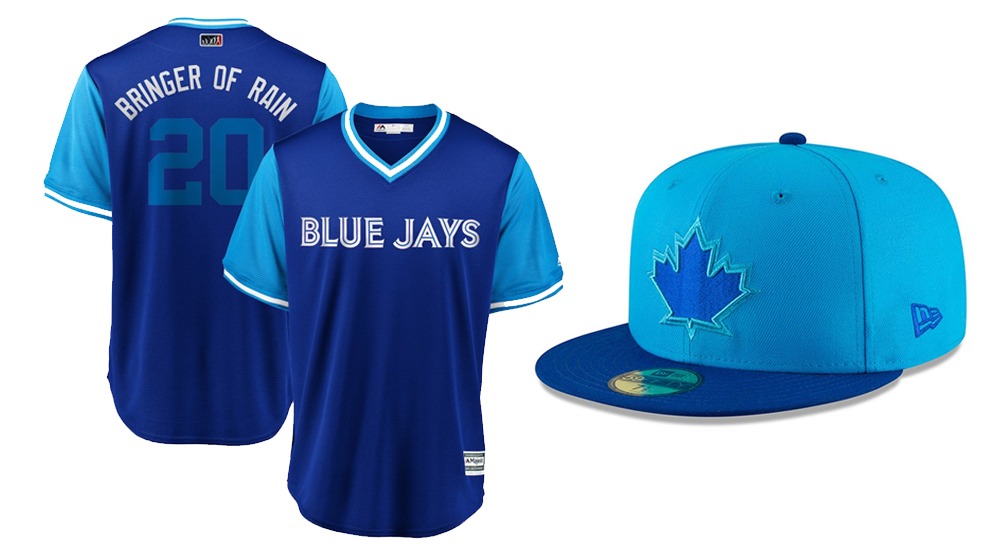 There was once a time when collars were standard issue on baseball uniforms. While players don’t wear them anymore, Major League Baseball loosens their proverbial collars and lets their hair down August 24-26 for Players’ Weekend.

This weekend celebration returns for a second year and gives players the opportunity to customize their uniforms with custom patches and their own nicknames on the back of their uniforms.

The Toronto Blue Jays will wear this bright blue cap and two-tone uniform, a slight variation on the uniforms they sported last year. Instead of a red maple leaf on the front of the cap, it’s a solid royal blue colour. 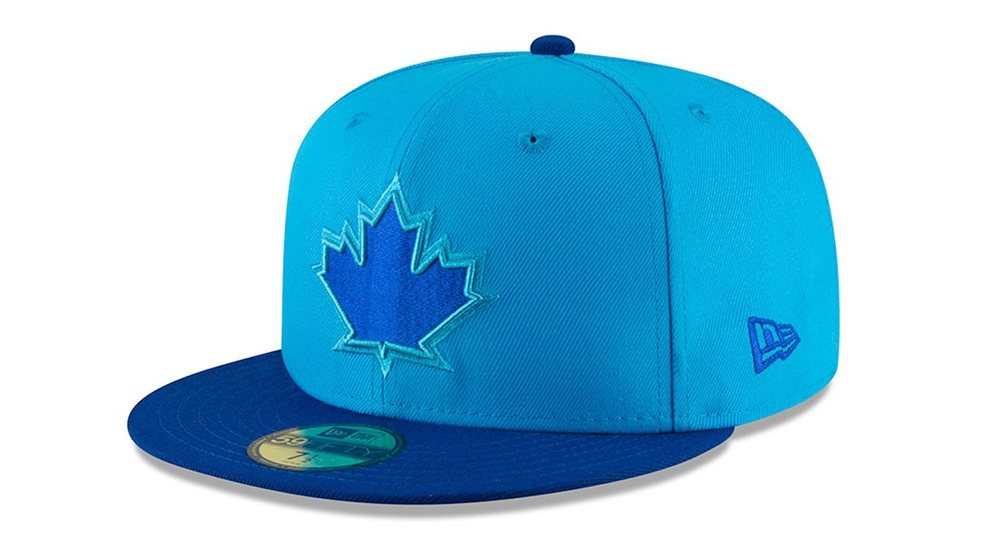 The club also brings back these eye-popping two-tone blue uniforms for the 2018 Players’ Weekend. They definitely have a softball team pullover vibe about them, but I think that’s the whole point. 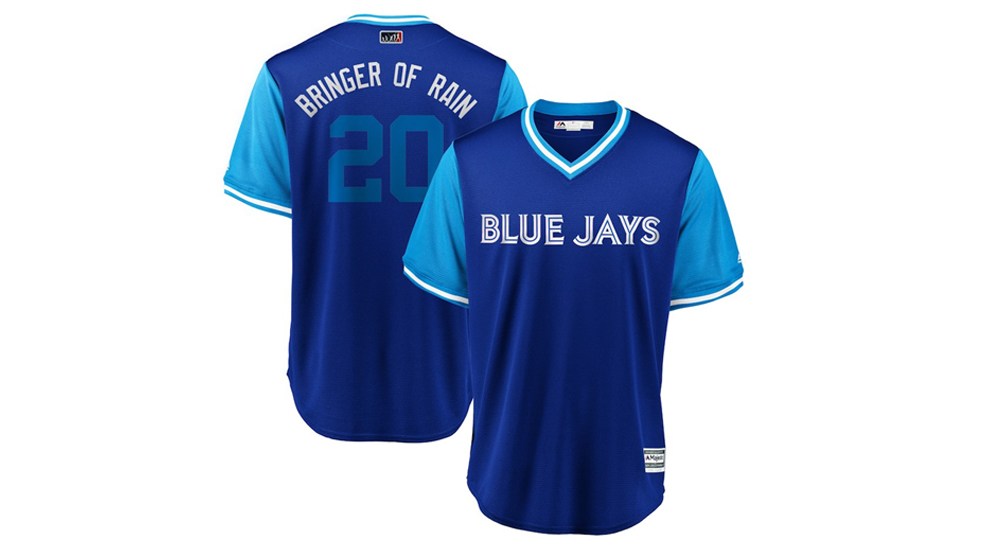 The most fascinating part of Players’ Weekend is which nicknames the players choose to put on the back of their uniforms. It’s a bit of a strange exercise – asking players what they want to be referred to – but here’s the full list of Blue Jays’ choices below.

Standout names include Marco Estrada’s “ESTRATOSPHERE“, Russell Martin’s “LE MUSCLE“, Luke Maile’s “LUKEY BARRELS,” and Yangervis Solarte’s “TUTU“. One can only imagine Solarte’s nickname came from his affinity for dancing on the field. Maile gained the moniker “Lukey Barrels” from his teammates earlier this year after he was responsible for two walk-off hits and a walk-off walk.

Evidently, Ryan Borucki and Sam Gaviglio chose not to ruffle any feathers and went the understated route by simply going with their last names.

The Blue Jays suit up for MLB Players’ Weekend, August 24 to 26 when they take on the Philadelphia Phillies at the Rogers Centre.