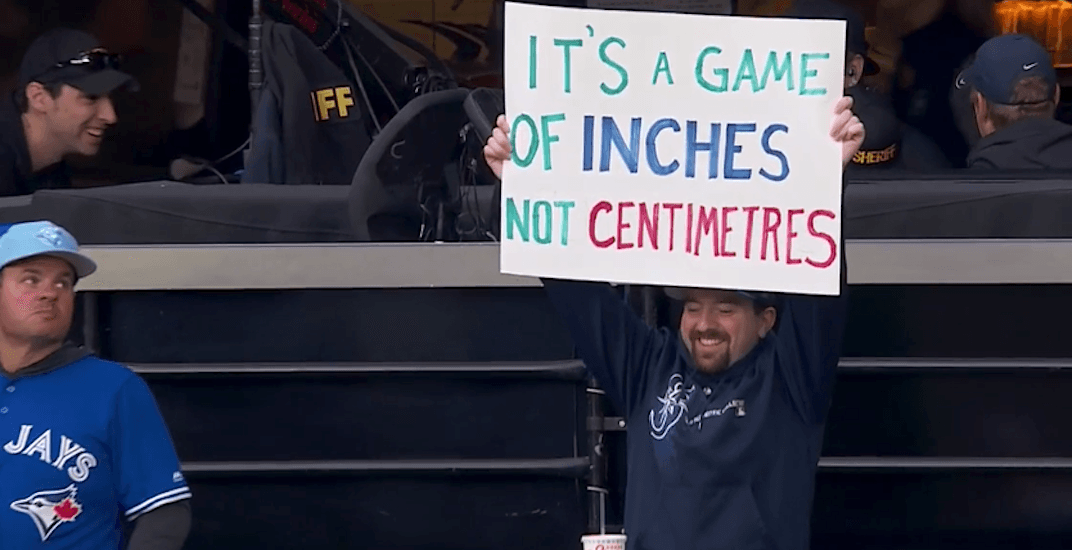 Thousands upon thousands of Blue Jays fans have poured over the border and invaded Seattle for the team’s annual visit to the Pacific Northwest. They’ve taken over Safeco Field with a sea of blue and have drowned out the Mariners contingent.

Some home fans are having “Nunavut.”

So, how are the Mariners’ supporters fighting back against these invaders from north of the 49th parallel? With some creative signs that cut to the core of these maple syrup-guzzling hosers.

Daniel Carroll is the Mariners devotee who’s staking a claim in his home ballpark by fending off these incoming Blue Jays fans. Give the man credit for coming up with these clever WWE-esque signs.

At some point, this becomes a tradition. See you tonight, Canada. pic.twitter.com/HYpI6xqAId

“I figure with visiting fans in town, you either avoid it, you go and you hate it, or you fight back by making your own fun,” Carroll said. It’s a good-natured tactic to fend off the hordes of visiting Blue Jays supporters.

This isn’t the first time Carroll has taken to bristol board to support the Mariners; he’s created these signs the last few years when the Blue Jays make their annual West Coast road swing through Seattle.

Every year, his portfolio grows.

I think I'm ready for this @Mariners/Blue Jays series. pic.twitter.com/q4MifSsUb5

With the surge of the Blue Jays’ popularity across Canada, thousands of Jays fans from Western Canada make the pilgrimmage to Seattle for this highly anticipated event. Last season, the Mariners-Blue Jays series averaged 40,045 fans across the three-game set. In 2015, Seattle welcomed an average of 41,171 fans for the annual cross-border series.

Carroll is also the co-founder of “The Maple Grove“; a special section at Safeco Field devoted to the Mariners’ towering left-hander, James Paxton. He’ll take the mound on Saturday against the Blue Jays, which means “The Maple Grove” will be out in full force.

“Reception for the signs has been surprisingly positive, though I’ve run into a few Canadians who’ve gotten heated. People got a little pushy about me totalling up Stanley Cup championships since 1994,” Carroll told Daily Hive.

Over the years, he’s crafted a slew of signs for Mariners games, but which one does Carroll treasure the most?

“My favourite the first time through was ‘People who walked on the moon: USA 12, Canada 0.’ I loved the non sequitur of it,” said Carroll. “Canada, to my knowledge hasn’t tried to put someone on the moon, so I’m not exactly picking a fair fight. I did learn, though, that Canadians are very proud of their arm.”

Up until recently, visiting Blue Jays fans had plenty to cheer about with their beloved team in contention. In 2018, the Mariners are the ones in contention, sitting just a half game out of the Wild Card with the Blue Jays 14 games back.

Jays fans got the last laugh on Thursday though, winning 7-3. 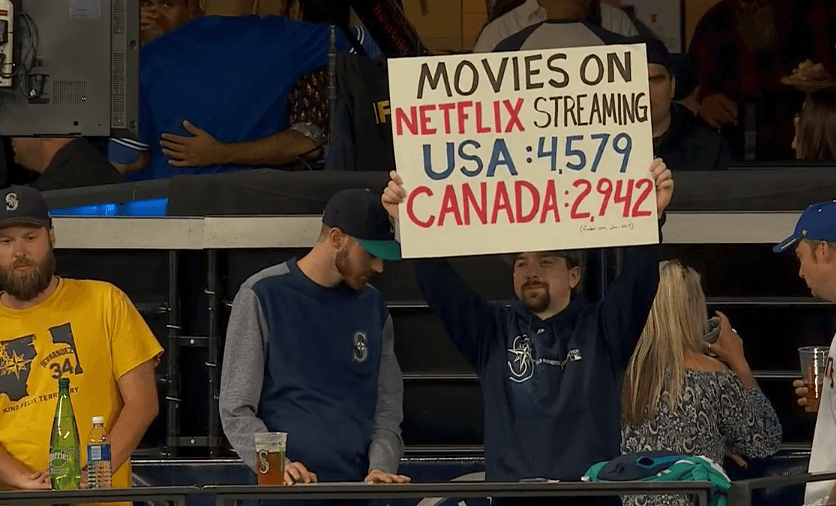 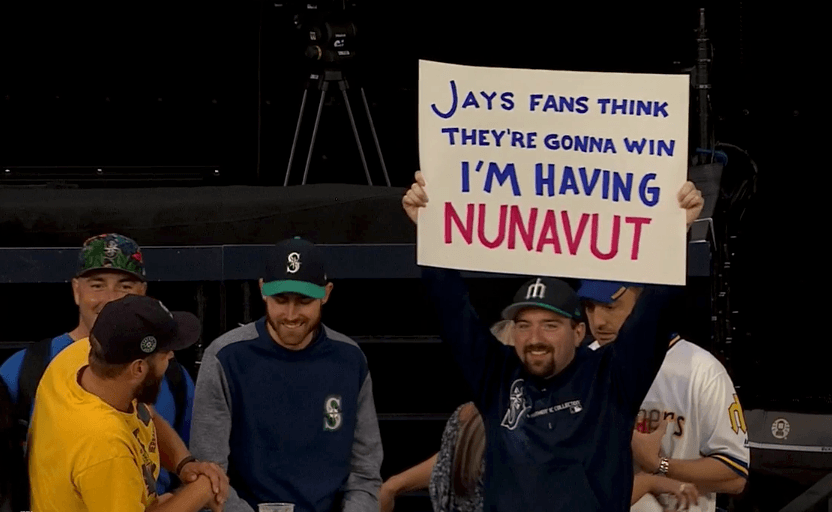 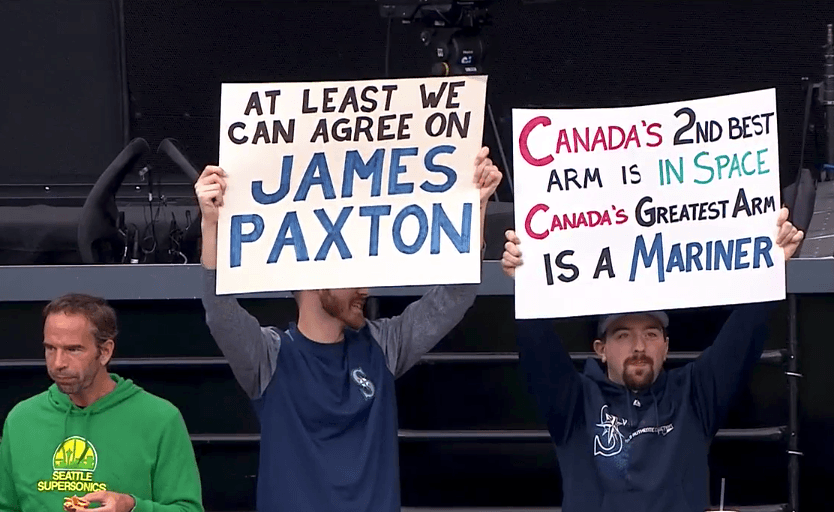