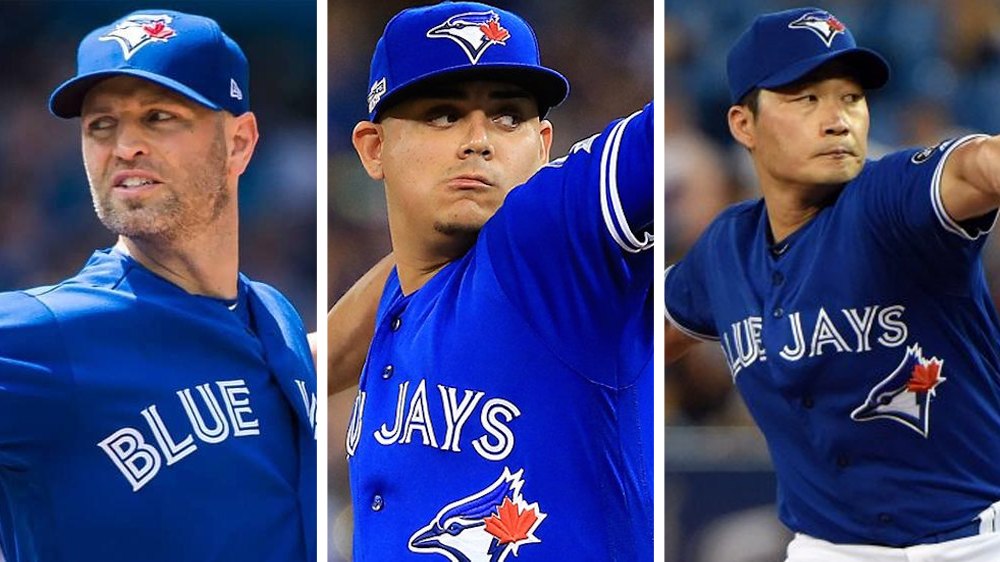 It was a hectic trade deadline for Major League Baseball and the Toronto Blue Jays were one of the busiest teams in the mix, selling off many of their prized players.

A far departure from a few years ago when the Blue Jays were buyers at the deadline; this time around, they were clear sellers, making a few predictable deals and some rather unexpected trades, too.

In total, the Blue Jays traded six players off their Major League roster, received two MLB-ready players in return, along with eight prospects to help re-stock their farm system.

At first glance, the return for the Blue Jays seems a little underwhelming for J.A. Happ; one of the better starting pitchers on the market. However, he’s a rental pitcher, which means most trade partners were not likely to give up their best prospects for two months of Happ.

In return, the Blue Jays received a polished product in Brandon Drury; someone who could play in an everyday capacity for the Blue Jays. He’s shown flashes of brilliance in the past and still has some upside as a 25-year-old infielder.

The Blue Jays also hauled in one the Yankees’ Top 20 prospects in Billy McKinney. He’s had a taste of the Major Leagues already and could potentially contribute at the big league level for the Blue Jays next season. McKinney now slots in as Toronto’s number 19 prospect.

Two months of Happ for three seasons of Drury and six years of McKinney? That’s a pretty decent return for a Blue Jays team that was going nowhere anyway.

The Blue Jays may not have said as much publicly, but they couldn’t trot out Roberto Osuna as their closer anymore. Behind closed doors, the organization may have come to that conclusion a long time ago, which meant the writing was on the wall.

Considering his uncertain status and a court case hanging over his head, the Blue Jays were getting 50 cents on the dollar for Osuna. Yet, it was a trade that had to be made, for the good conscience of the organization.

The Blue Jays and Astros swapped closers; two players who had fallen out of favour with their organizations, but for two completely different reasons. With Osuna, it was for his transgressions off the field. In the case of Ken Giles, it was his outbursts on the field.

Giles was a perfect “change of scenery” candidate and he’ll get a fresh start with the Blue Jays. Since 2016, he’s been one of the most effective relievers in all of baseball. It was only recently that he ran into trouble on the field, but Giles has a great deal of upside for the Blue Jays.

The team also nets two pitching prospects, which the Blue Jays have very few of at the moment. David Paulino and Hector Perez provide some starting pitching depth in the minor leagues. Perez currently ranks as the Blue Jays 11th best prospect according to MLB Pipeline, while Paulino sits at number 20.

These might be the two best names in the Blue Jays minor league system right now: Forrest Wall and Chad Spanberger. These guys sound like video game-generated characters, but rest assured, they are real prospects.

Wall is the more intriguing name of the two. He was the Colorado Rockies’ 15th best prospect and now sits as the Blue Jay’s 20th prospect overall. As a left-handed bat, Wall projects as a top-of-the-order hitter who can hit for average, steal some bases and play plus-defense in the outfield.

Spanberger is a power-hitting first baseman, which the Blue Jays have plenty of in their minor league system. However, it never hurts to have a guy who can hit homers; especially during MLB’s renaissance of the long ball.

This trade feels like it happened a lifetime ago, but at the end of June, the Jays flipped Steve Pearce to the Boston Red Sox for Santiago Espinal. The young shortstop was promoted from high-A to double-A on July 19th.

It’s an extremely small sample size, but Espinal has three extra-base hits in 10 games for the New Hampshire Fisher Cats. He recently ranked among FanGraphs five most compelling prospects, which bodes well for the Blue Jays.

The Blue Jays traded their longest-tenured player in Aaron Loup to the Philadelphia Phillies for ground ball specialist, Jacob Waguespack. The towering right-hander stands at 6’6″ and has a low-to-mid 90’s fastball. Despite being used exclusively as a starter this year, his repertoire suggests he’s destined for a relief role with the Blue Jays.

Wagespack has a 37.1% ground ball rate in 21 appearances split between double-A and Triple-A this year. Loup was a free agent at season’s end anyway, so the fact that the Jays were able to turn him into a net positive, that’s a win for the bluebirds.

Just like his counterparts in the bullpen, Axford was a pending free agent, but his 97 mile per hour fastball was an intriguing weapon for a contender like the Los Angeles Dodgers. In return, the Jays get Corey Copping; another right-handed reliever.

Copping was promoted to Triple-A at the beginning of July and owns a 2.45 ERA in 7.1 innings of work out the bullpen. He’ll likely join the Blue Jays’ triple-A team as a depth piece in the Bisons bullpen.

There’s a lot to like about the right-hander; he racked up 59 strikeouts in 35 games of relief work. Walks have been an issue for him this year, as he’s given up 26 free passes, but Copping is especially stingy with home runs, surrendering only two all season in the minors.