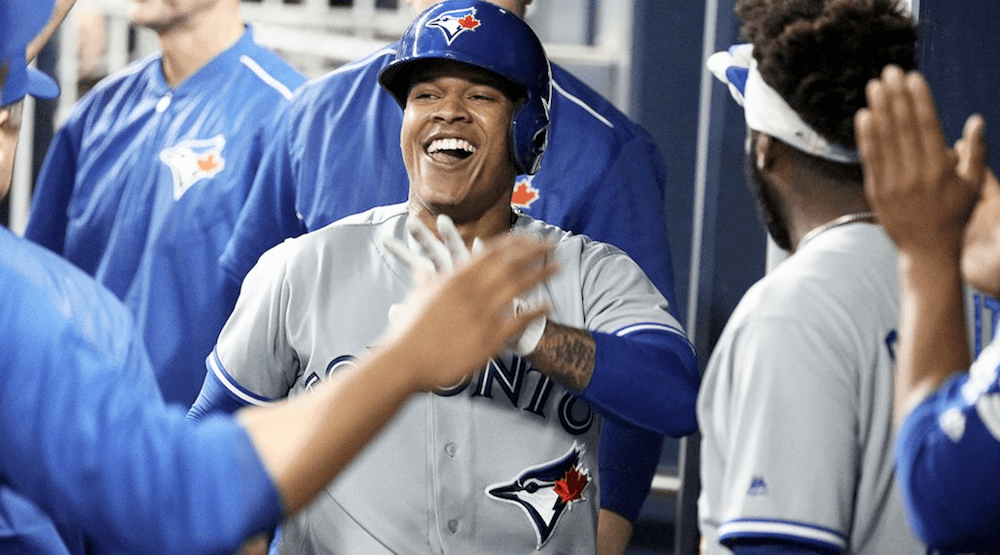 Let it be known: Marcus Stroman will not be an easy out.

Pitchers aren’t usually a threat at the plate, never mind American League pitchers, who rarely get an opportunity to hit.

Not Stroman though, who has been incredibly good with a bat in his hands this season. In four at bats, the 26-year-old has two hits.

The first came as a pinch hit double on April 25 in St Louis.

Then, in the fourth inning against the Atlanta Braves on Thursday, Stroman hit an opposite-field home run.

Stroman returned to the dugout to the delight of his teammates. And when he checked Twitter, he saw how much the injured Josh Donaldson enjoyed his homer.

The home run was the first by a Blue Jays pitcher since Mark Hendrickson in 2003. It also put him in the record books as the first Toronto pitcher to hit for extra bases on more than one occasion.

Marcus Stroman is the first pitcher in #BlueJays history with multiple extra-base hits in a season (Double & HR).

Prior to this season, Stroman had only had five at bats, failing to get on base each time.