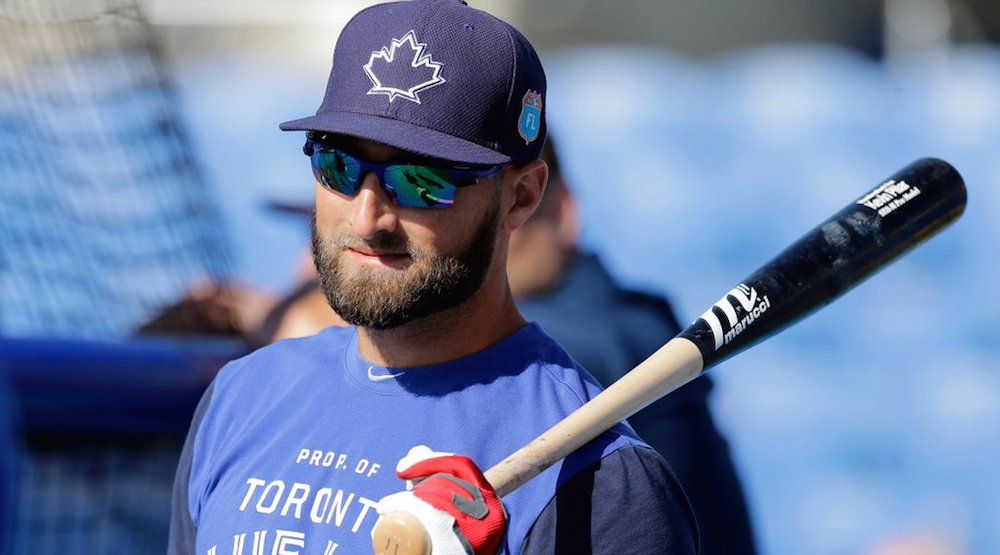 The benches clear in Atlanta after Kevin Pillar takes exception to Jason Motte's quick pitch in the top of the 7th inning!!! pic.twitter.com/fcwxtUWuYL

In the media scrum following (yet another) ugly loss, Pillar offered up a weak apology for his behaviour.

“Yeah, I mean, obviously [the quick pitch] was the initial thing I was upset about but I think it just stems from a little frustration in myself and just the way this series (against the Braves) has been going,” Pillar said after the game. “It was immature, it was stupid, it was uncalled for. It’s part of the game, it’s just, I’m a competitive guy and heat of the moment.

“Obviously I’m going to do whatever I’ve got to do to reach out and apologize and let [Motte] know he didn’t do anything wrong, it was all me. Obviously something to learn from, something to move on from. Don’t let it define me but really I think it was just frustration from coming off a really good homestand and really just not even being in any of these ball games, just coming out flat and not being able to build on what we were able to build on (against) Seattle. That just all came out in that moment.”

Sorry, but there’s no excuse for Pillar’s behaviour. Many fans have condemned his actions on Twitter.

So disappointed in Pillar's actions and then half-assed apology. Ughhhhh pic.twitter.com/B8Dxxz4ymV

But just as many Blue Jays fans have accepted Pillar’s apology and request that we move past this and not let it ‘define him’.

It’s just not that simple.

And it shouldn’t be.

When a player from ‘our team’ commits an act this grievous, the first instinct is to try and deny or minimize. Fandom is a crazy beast, and by zealously supporting ‘our guys’, we believe this must also make them the ‘good guys.’

This felt particularly true of Pillar, a player who endeared himself to Jays fans with his team-first mentality and hard style of play – earning the nickname Superman by virtue of his spectacular catches where he would seemingly fly through the field.

He was piecing together a fantastic start to 2017, his offence greatly improved and with calls for him to start in the All-Star Game.

So it was incredibly shocking to hear such a disgusting slur fly so easily from his mouth. But maybe it shouldn’t.

Baseball has long embraced a culture of toxic masculinity where there is a ‘right way’ to play. A perceived slight to this ‘right way’ is dealt with by a pitch to the ribs, or a benches-clearing brawl.

This type of violent retribution is exhausting, accomplishes nothing, and sends a terrible message to younger fans. But perhaps in a league where taking performance enhancing drugs will have you punished severely, but committing domestic assault won’t, this shouldn’t be a surprise.

And it’s a sobering reminder that casual homophobia is still rampant. In a city as diverse as Toronto, this is a slap in the face to all LGBTQ fans.

Jays brass are taking this seriously, with GM Ross Atkins flying to Atlanta to personally address the situation. This is the correct course of action, but does nothing to address the underlying cult of toxic masculinity that continues to plague Major League Baseball.

The only way for Pillar to come close to redeeming himself is with a suspension, coupled with a full and meaningful apology – without any excuses. A significant donation to an organization like You Can Play would be appropriate.