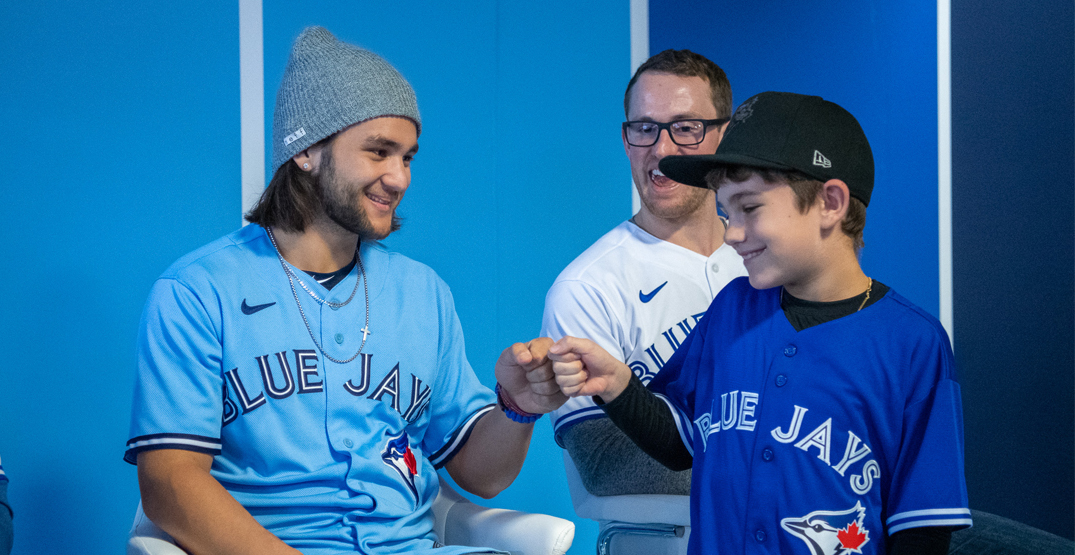 There are plenty of unknowns surrounding the Toronto Blue Jays — which free agents they might sign, when spring training will begin, and where the team will play their home games this year.

One thing is for certain; Blue Jays Winter Fest will return this year, but in a much different fashion.

Instead of the Winter Fest at Rogers Centre and the Winter Tour caravan across Canada, the Blue Jays will host a week-long celebration for their fans called “Virtual Winter Week,” February 1-6. It’s a chance for fans to connect virtually with their favourite players.

Instead of lining up for player autographs at Rogers Centre, Blue Jays diehards can take part in virtual autograph sessions with current Blue Jays players like Cavan Biggio, Danny Jansen, and Nate Pearson.

Several more players will be announced leading up Virtual Winter Week, and tickets to the virtual autograph sessions are open as of Thursday January 21 at 10 am ET/7 am PT. Autograph session tickets go for $10, with a portion of proceeds supporting the Jays Care Foundation.

Via a brief video call, fans can choose a virtual autographed screenshot with Blue Jays players, or for select time slots (and this is the really cool part), you can get an autographed baseball, Blue Jays cap or mini bat from that player, with the item shipped to your home for $10 CAD all-in.

It’s especially interesting that Stieb joins the festivities, as he hasn’t been seen publicly in Toronto since August 2016 when the team brought marquee pitchers from Blue Jays yesteryear as part of the club’s 40th anniversary season.

Jays fans were also accustomed to going home with a bunch of Winter Fest goodies, and this year is no different thanks to the “Blizzard Blitz”. Every day, there’s a new giveaway up for grabs; like Bo Bichette, Vladimir Guerrero Jr. and Cavan Biggio bobbleheads, or a replica Blue Jays jersey or an autographed cap.

Last year, the Blue Jays travelled to Calgary for in-person autograph sessions with fans on the Winter Tour, and during Winter Fest in Toronto, the club unveiled their much-hyped power blue uniform.

And if you ever wanted to chance to ask the president, general manager, or skipper a hard-hitting question, Mark Shapiro, Ross Atkins, and Charlie Montoyo will answer some fan questions to play “10 Questions With”.

More details, giveaways, and participating players to be announced by the Blue Jays in the weeks and days leading up to Virtual Winter Week. It all happens February 1-6.