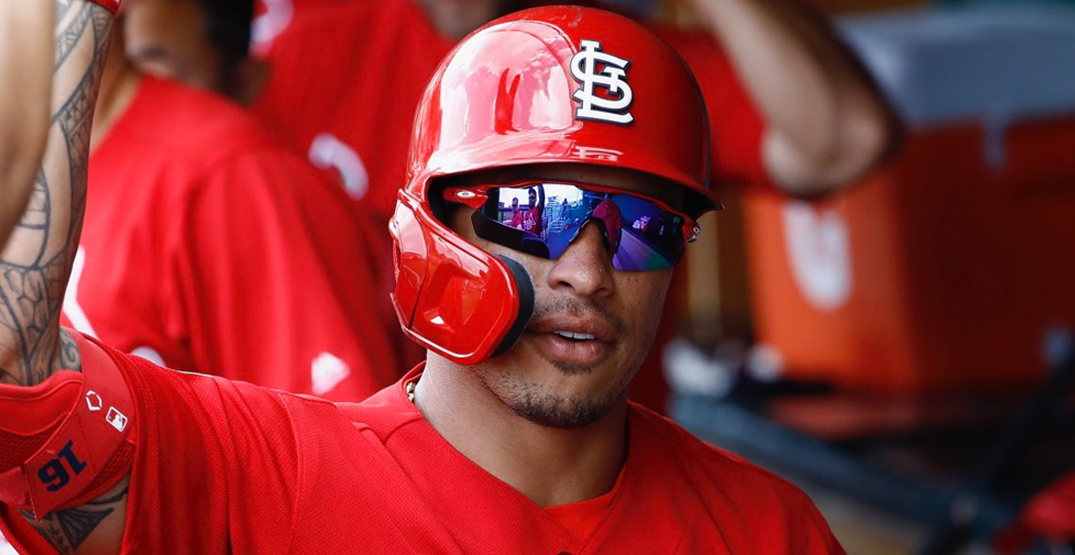 As of this moment, there are over 120 free agent hitters available to sign in Major League Baseball. If you’re a prospective team, you can have your pick of the litter — from elite hitters at premium positions, to bounce-back candidates, and everything in between.

The Toronto Blue Jays are in a unique position this offseason because they don’t have any holes on the diamond per se, but what they lack is high-end talent at many of their keystone positions.

Centre field, third base, and catcher are three areas where they can vastly improve their offence and defence heading into the 2021 season.

Sure, the Blue Jays could carry over their position player core from 2020 and it would be a passable lineup, but that core alone isn’t strong enough to compete with the juggernauts of the American League.

With no shortage of free agent options, the Blue Jays could bring in a few mercenaries to shore up a few positions and station the incumbents elsewhere on the diamond to help build a better overall team.

The instant the St. Louis Cardinals announced they declined Kolten Wong’s $12.5 million buyout for the 2021 season, he became the number one candidate for many teams seeking a second baseman.

While the Blue Jays currently have a second baseman in Cavan Biggio (he played 81% of the team’s games at second base in 2020), they lack an elite defender at that keystone position, which Wong definitely is.

He won a Gold Glove award in 2019 and his 41 defensive runs saved since 2018 tie him for the fourth-most in baseball. His bat is average to slightly below average, but for a Blue Jays team that’s prioritizing run prevention, there’s no better fit than Wong at second base.

It’s incredible to think there was once a time when Marcus Semien was one of the worst defenders at shortstop in baseball. His 35 errors in 2015 led all fielders in MLB, but he’s been able to cut down on his fielding and throwing errors in the years since.

Semien isn’t the slickest-fielding shortstop on the market, but he’s more than capable at the position, and his bat provides some pop at a position which is traditionally defence-above-all-else.

In the event the Blue Jays are reluctant to move Bo Bichette off of shortstop, they could entertain using Semien at third base, where he played the bulk of his games in 2013 and 2014 with the White Sox.

Michael Brantley is far removed from his MVP-calibre days of 2014, but the 33-year-old outfielder still has plenty of gas left in the tank.

He was an All-Star for three consecutive seasons from 2017 to 2019, and whether the Astros’ trash can scandal benefited him or not, Brantley experienced a career renaissance in Houston.

He spent his 2020 season split between left field and designated hitter, and as a left-handed bat, Blue Jays manager Charlie Montoyo would love to have another lefty to work into his lineup.

In a pinch, Brantley could also play some centre field, but his optimal use would be in left field or at DH.

The Blue Jays have plenty of catching options (Danny Jansen, Reese McGuire, and Alejandro Kirk), but what they lack is a true veteran backstop who can contribute on both sides of the ball. James McCann checks all those boxes.

He played backup to Yasmani Grandal last season with the White Sox, but McCann’s seven home runs in 31 games were two fewer than the nine home runs hit by Blue Jays catchers in 2020.

Not only could signing McCann take some pressure off Jansen, it would give the Blue Jays a decent catching tandem behind the plate. After J.T. Realmuto, McCann figures to be the next-hottest commodity on the free agent catching market.

After watching Jackie Bradley Jr. make all those highlight reel plays over the last eight years against the Blue Jays, if you can’t beat ’em, I say sign ’em.

Bradley was once again one of the best defensive centre fielders in all of baseball in 2020, but after three down years at the plate, his bat came alive this past season, posting a 119 wRC+ and an OPS+ north of 100 for the first time since his All-Star campaign of 2016.

Bradley calling card is his defence, but he’s a left-handed bat, which provides any manager with a little more versatility in their lineup. He’s been healthy enough to stay on the field the last four seasons, which makes him a reliable commodity in the outfield.

Even if his offence takes a dip again, the Blue Jays would count on his glove rather than his bat, but if Bradley has somehow unlocked another gear at the plate, he’d be a huge get for Toronto.