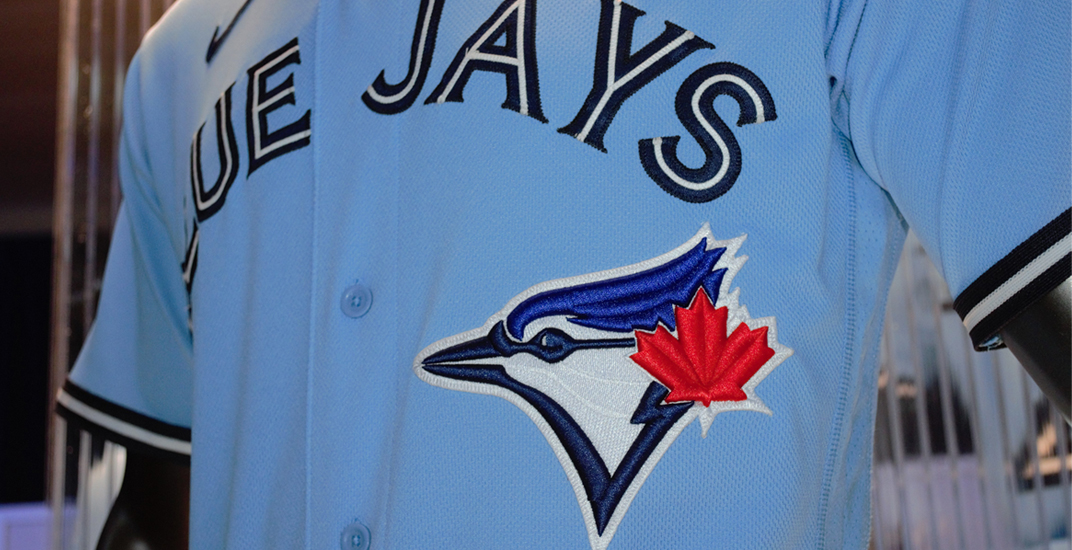 Something old, something new; a perfect characterization of the Toronto Blue Jays’ fresh new look for the 2020 season.

The Jays tapped into one of their very first uniforms in franchise history and gave it a modern look by updating their beloved powder blue uniforms. The uniforms were revealed on stage during Blue Jays Winter Fest at Rogers Centre on Saturday. 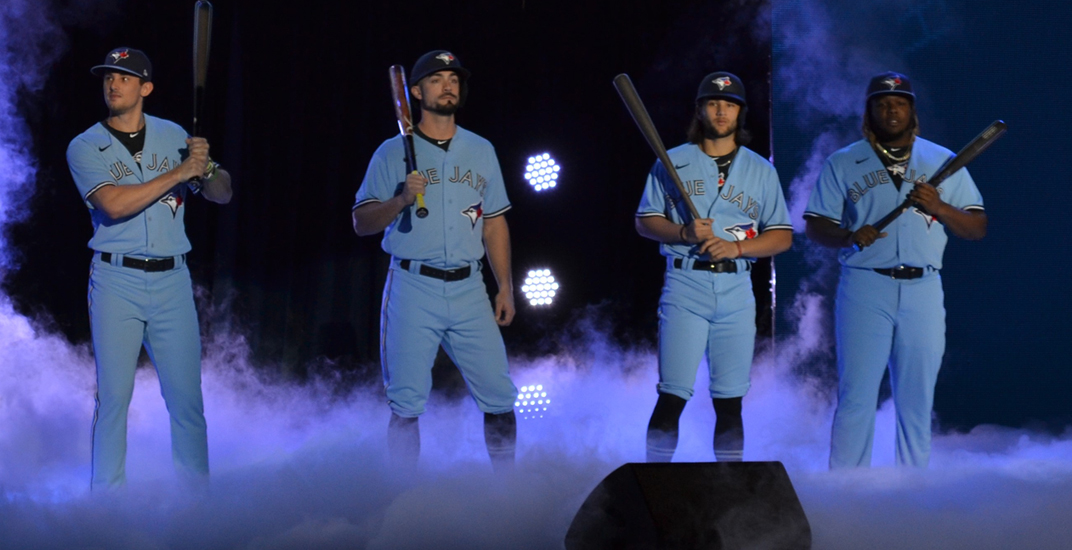 “Just look at them. They pop,” Blue Jays outfielder Randal Grichuk said. “They definitely give a different feel to the Blue Jays and it brings back a lot of history. There was a lot of good that happened in this colour of jerseys.”

The new look hearkens back to the Jays’ original powder blue road uniform worn during its inaugural 1977 season and stayed on in various forms through the 1988 season.

Marnie Starkman, Senior VP of Marketing and Business Operations said this project was a nearly a year in the making, and involved input from the Blue Jays players and the redesign was a collaboration with MLB Design Services.

“We started talking about it almost a year ago,” Starkman said. “We worked with Major League Baseball and their design team, and we started the process. The players don’t love the over-the-heads, and we went back to this classic that everyone loves, and let’s just update the blues slightly.”

Rather than bring back the original powder blue look from the 70s, the Blue Jays opted to modernize the look and brighten up the blue, and added a powder blue bill to the cap. In addition, the team will also wear matte blue batting helmets with this look.

Interestingly enough, the front office developed a navy blue prototype of the uniform, but the powder blue was overwhelmingly preferred by the players.

“We played around with navy and to be honest, some of us in the front office liked the navy jersey, but we took the uniform down to the clubhouse and showed 15 players, and the powder blue was unanimous,” Starkman said.

Unlike a special event jersey, these new powder blue uniforms will be worn by the Blue Jays for select home and away games. 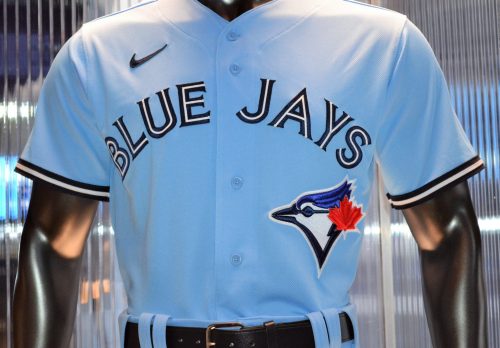 The resurrection of the Blue Jays’ powder blues represents a renaissance of powder blue and baby blue uniforms. The Blue Jays are the seventh MLB team to incorporate a light blue uniform into their set for the 2020 season, joining the Rangers, Twins, Cardinals, Phillies, Royals, and Rays.

“We’re putting our own spin on it for a new era of Toronto,” Blue Jays infielder Cavan Biggio said.

It marks a throwback to the heyday of the early 80s when nearly half the league had some form of a powder blue uniform. According to ESPN and UniWatch’s Paul Lukas, 11 teams caught “blue fever” as Lukas puts it.

Blue Jays shortstop Bo Bichette appeared to be a big fan of the new threads by the club and figures that fans will fall in love with the new’s fresh look for the 2020 season.

“I mean, they’re really nice, but to me, I figured the fans would love it because it’s a little old school and it would bring back some feels,” Bichette said. “We’re super excited to wear these.”

“I like the way that my teammates look,” Vladimir Guerrero Jr. Guerrero said.

Introducing a powder blue look marks the club’s first significant addition to its uniform repertoire since 2011, when the Blue Jays overhauled their entire uniform set by “putting the blue back in Blue Jays”, as former GM Alex Anthopoulos said during the team’s official announcement back in 2011.

For this upcoming season, there’s a brand new blue in Toronto. The Blue Jays are hoping this new retro-inspired look will turn some heads for the 2020 season.