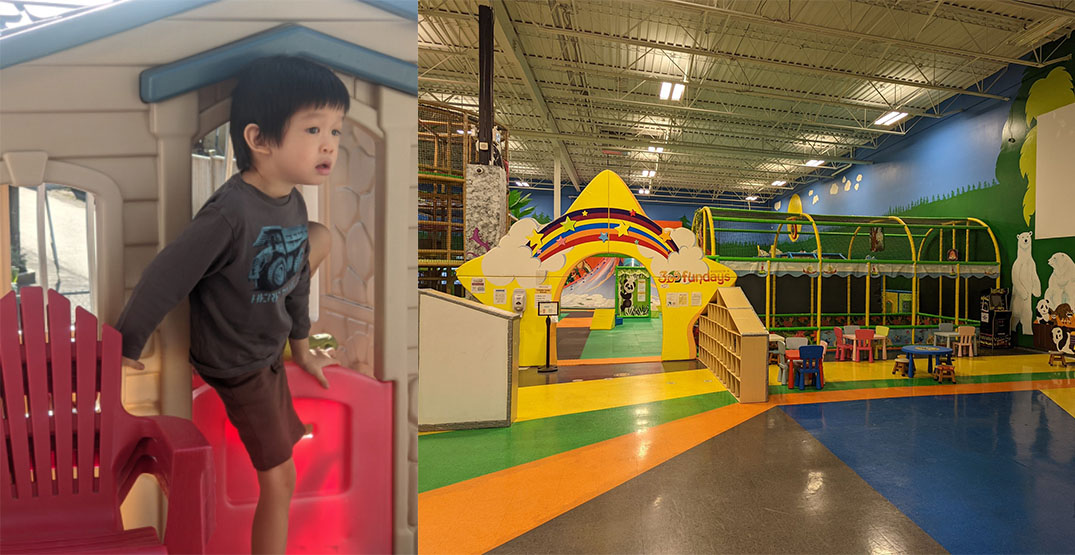 A Vancouver dad is speaking out about how to better include kids after only one classmate out of 19 invitees showed up to his son’s birthday.

Six-year-old Max, who has autism, had a birthday party on Saturday at 365 Fun Days in Richmond. Dad David Chen sent out email invites to all the families in the kindergarten class, and while some were declined the majority never replied.

“It was just one of those ‘hope for the best but the worst happened’ moments,” Chen told Daily Hive. “It was an empty feeling.”

My autism spectrum disorder kid is the different kid in the class. We invited all his classmates to his birthday party today & only 1 showed up. Difficult to explain to my kid & that kid’s mom that only one classmate came. Not making assumptions but still an empty feeling day. pic.twitter.com/D2tSGL7iP1

He doesn’t want to blame other parents, especially since he’s heard that the invites went to some people’s spam folders. But after his tweet about what happened made waves online, Chen wants to use the opportunity to discuss ways to make sure all kids have the chance to form peer bonds.

Max started kindergarten late, and it took several months to ease him into the routine. On his first day in class, Chen picked him up after only half an hour because the child became overwhelmed.

Max started full days in kindergarten about a month ago, and he enters and leaves 10 minutes before the other kids to avoid the crowd.

As Max’s sixth birthday approached, Chen wanted to host a party to celebrate the milestone. Another child in the class had a party where 16 members of the class showed up, signalling to Chen that parents were comfortable with indoor gatherings again.

“Max is not great at verbalizing a lot of what he’s thinking, [but] I ask him how was [the party], and he just lit up. He’s like, ‘It was awesome,'” Chen said.

When Chen asked Max how he felt about his own birthday party, the child just said, “It’s fine.”

Chen tweeted about the poorly attended birthday, and messages of support for Max poured in — including adults recounting similar experiences growing up.

“I don’t think we understand how this small rite of passage has such a massive impact on people,” Chen said. “How many thousands of kids worldwide go through this and it’s never patched up? That’s what troubles me.”

Chen stressed both he and Max are fine. They organized a make-up birthday party in class the following week. Max’s teacher agreed to distribute the pre-packed loot bags, and she even came prepared with balloons, Chen said.

He wants more kids to be able to celebrate birthdays in class, especially ones who may not have the means to otherwise — whether for financial reasons, custody reasons, or other family situations.

Chen proposed Parent Advisory Councils look at creating a budget to finance simple birthdays in the classroom, suggesting that $50 per child could purchase cupcakes and a small gift to make them feel special.

“At least one day in their life they’ll get to be celebrated by peers,” he said.

This is why I have been drafting a proposal that school PAC’s have a fund to provide for class birthday parties for those who cannot afford it. Every child needs to be celebrated at least once by their daily peers. School is where friendships start & this rite of passage can hurt https://t.co/UsgbF4G8oE

Chen is a father of four. His eldest daughter and Max both have autism, and one of their siblings also has hearing loss. Chen knows how important it is for kids to be included — and not just on a superficial level.

“We need to accept the differences. We need to celebrate them … I think if we can do that, then we can cultivate true connections … We need to have like an organic, actual inclusion where people are like, it doesn’t matter, you’re my friend. And I’m always going to be your wing-person.”