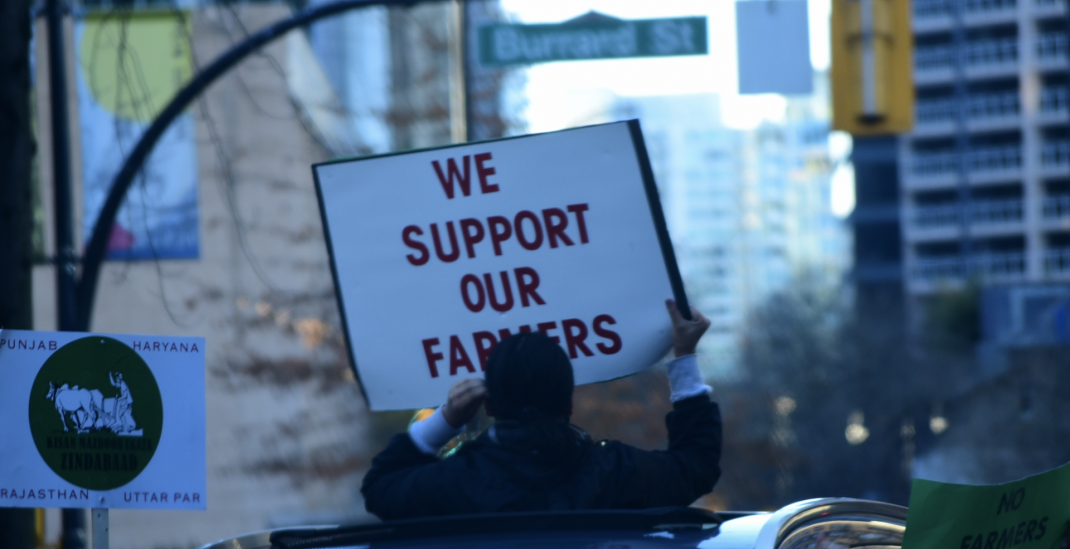 The organizers of a Vancouver demonstration in support of BIPOC, Punjabi farmers, and other oppressed voices are concerned their upcoming protest will be disrupted by far-right groups.

On Sunday, January 24, between 1 and 4 pm, Voices of the Oppressed, a group of Punjabi youth trying to raise awareness about the recent events in India, will host a protest at the Vancouver Art Gallery. The demonstration is an effort to bring racialized and marginalized communities together and will include speakers from the Indigenous and Black community, the Punjabi diaspora, and a spokesperson for refugee rights.

Organizers are concerned about potential disruptions that might take place.

“When our volunteers planned this event, they did not realize that Trump supporters and conspiracy believers were regularly gathering at the Art Gallery plaza,” says Harmeet Kaur, one of the event’s volunteers, in a statement.

“We thought of cancelling or moving our rally but what would that say about us, and everyone in the Lower Mainland, if we conceded this important public space to haters?”

Kaur tells Daily Hive that they’re also planning on having “security and peacekeepers” but are also calling on participants to show up and respond peacefully should anything arise.

While the rally is scheduled to start at 1 pm, supporters are expected to begin arriving between 11 am and 12 pm to set up and make other preparations.

The Vancouver Police Department (VPD) tells Daily Hive that they’re “aware of the planned protest” and “will be on site monitoring should anything arise.”

Anyone participating is asked to wear a mask and to respect physical distancing measures.

Sunday’s demonstration is one of the many events that have taken place in solidarity with farmers in India who are currently taking part in the largest organized protests in the world against three farming laws passed by Prime Minister Narendra Modi’s government.