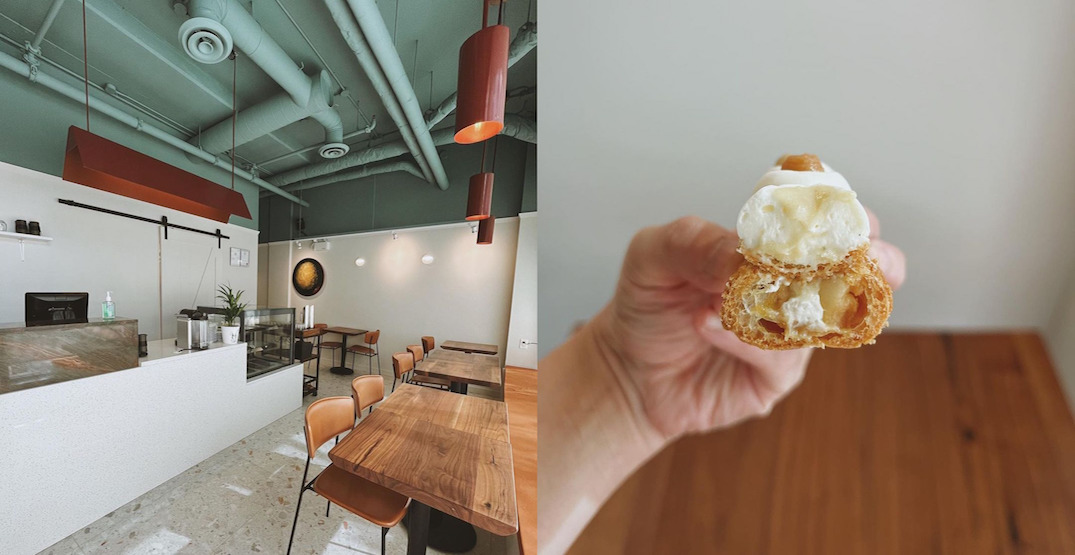 We love a good comeback story, especially when it involves dessert.

Back in 2018, the Billy Button Dessert Bar opened up on East Broadway and quickly became known for its unique sweets.

Photos of its innovative desserts flooded the Internet, and folks flocked to the spot to try the treats that mimicked the shape of real objects like mushrooms, oranges, and strawberries.

The small cafe and dessert spot served high-concept dessert platters and orate plates, like the Osmanthus Udon, made from Osmanthus panna cotta with berry sauce and crumble, and The Garden, made with cucumber, yogurt mousse, yuzu cremeux, raspberry powder, and crostini.

The shop closed shortly after, due to its building being redeveloped for the new Broadway SkyTrain line, with plans to reopen in a new space.

Billy Button tells Dished that it wasn’t just the construction that put a halt to its relocation plans, though – the pandemic also started around this time, causing the business to hit pause on its plans for a reopening.

Fast forward more than two years, and the time has finally come.

Billy Button now officially has a new home, this time in the Fraserhood at 3568 Fraser Street.

For the new space, Billy Button tells us that this time, they’re keeping it a bit more simple and have taken the elaborate plating off the menu.

The spot is still definitely worth checking out though, with sweets like caramel banana eclairs, pineapple cheesecake, and dishes of tiramisu on the menu.

Billy Button is still in its soft opening phase and is only open Tuesday to Sunday from noon to 5 pm, but stay tuned on news of its grand opening and full dessert menu soon.