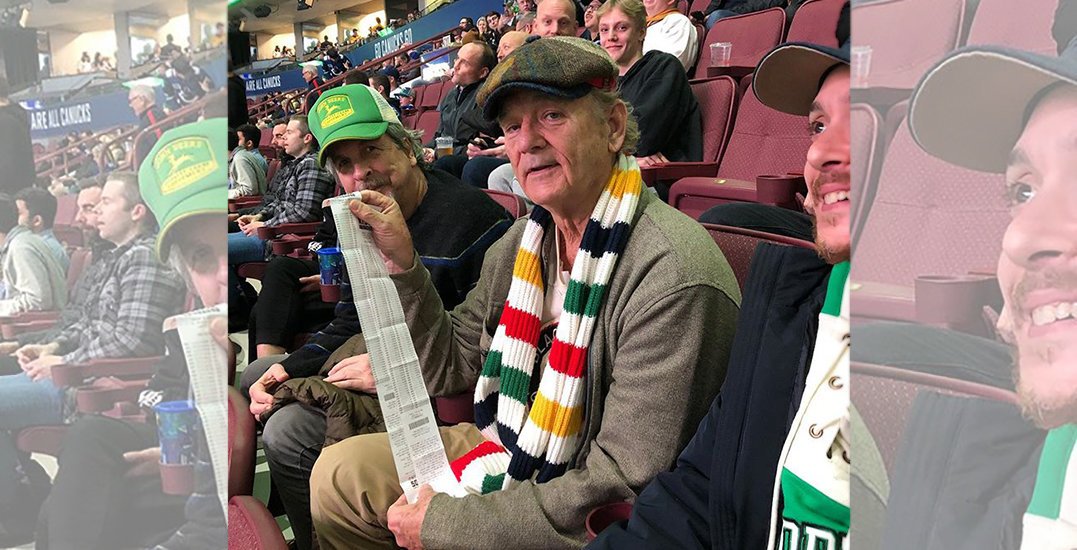 On Tuesday evening, while the Vancouver Canucks rallied their way to a 5-3 victory over the Nashville Predators, Rogers Arena had a celebrity in its midst.

Comedic icon, filmmaker, and writer Bill Murray was spotted at the game alongside Peter Farrelly, the director, screenwriter, and producer behind films like Dumb and Dumber, There’s Something About Mary, and Green Book.

Murray, however, looked to be more occupied with the 50/50 draw rather than the game itself. The Vancouver Canucks shared a photo on social media of the Evanston-born actor holding a hefty stack of tickets… and sporting a Chicago Blackhawks jersey.

He didn’t end up winning the draw and as of Wednesday morning, the $48,405 jackpot remains unclaimed.

But hey, the Vancouver Canucks won, so no hard feelings here — even if he sported a rival team’s jersey.

After the game, Murray stuck around to meet some of the players in the dressing room, posing for a photo with Canucks captain Bo Horvat. 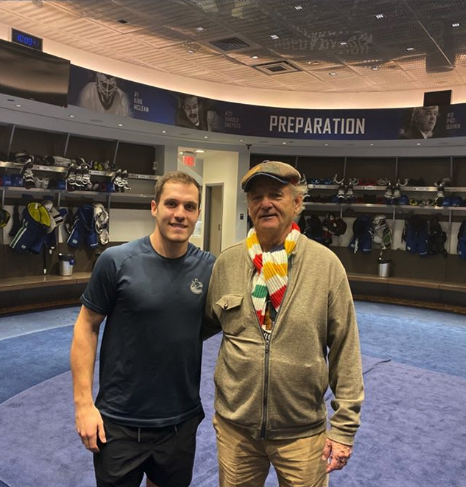