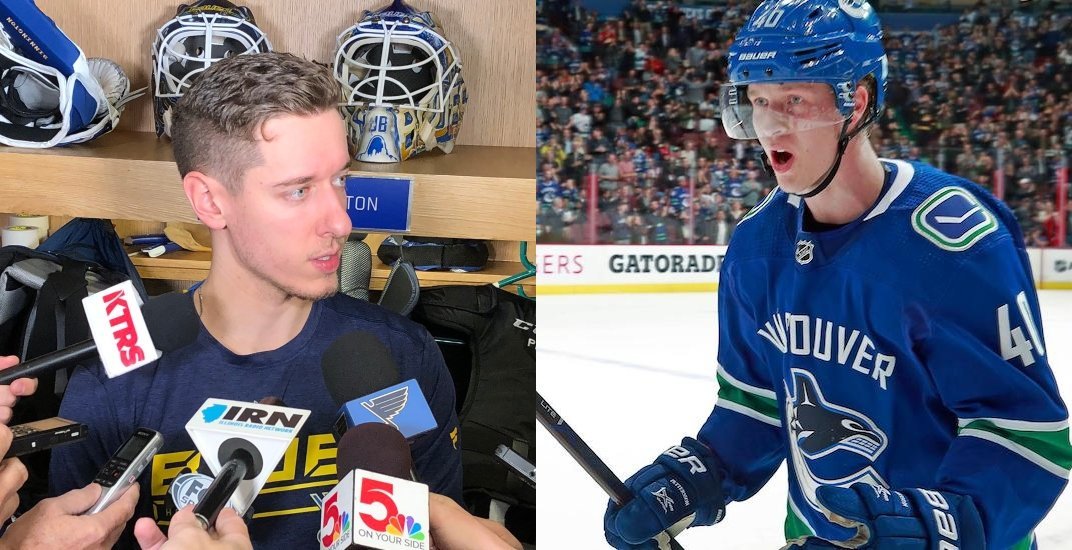 You’d think a Stanley Cup championship would be enough to make Jordan Binnington forget all about losing out on the Calder Trophy.

The St. Louis Blues goaltender said there was a “bad taste” in his mouth from last season, when Vancouver Canucks centre Elias Pettersson beat him out for Rookie of the Year.

“There’s a little bit of that bad taste in my mouth about the outcome last year,” Binnington said, as reported by Jim Thomas of the St. Louis Post-Dispatch following Tuesday’s game in Vancouver. “But [Pettersson is] a talented player, so it’s good going up against some of the best.”

The Blues goaltender was great on Tuesday, stopping 33 of 34 shots he faced for the 2-1 win. Included in those shots were many high-level saves off Pettersson, who was just named NHL First Star of the Week (not sure if Binnington thinks he deserved that too).

Binnington later confirmed that he felt like he deserved the Calder Trophy last season.

Despite posting a sparkling .927 save percentage, 1.89 goals against average, and a 24-5-1 record, Binnington finished second to Pettersson, who scored 66 points in 71 games. While Binnington was spectacular, he essentially played just a half season.

In the end, the vote wasn’t close.

Pettersson earned 151 of 171 first-place votes, while only 18 voters chose Binnington as their Calder Trophy winner. 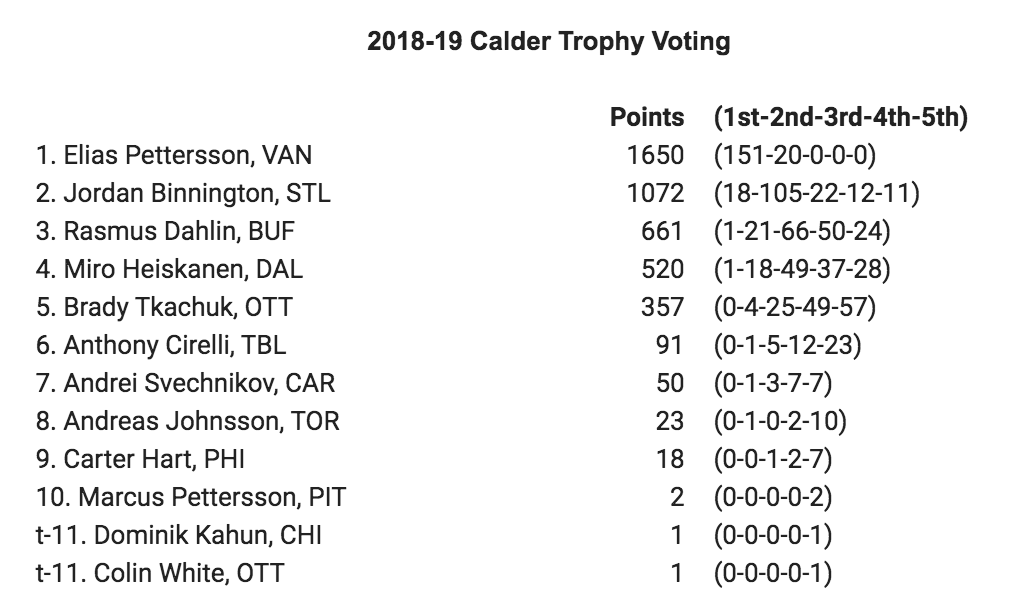